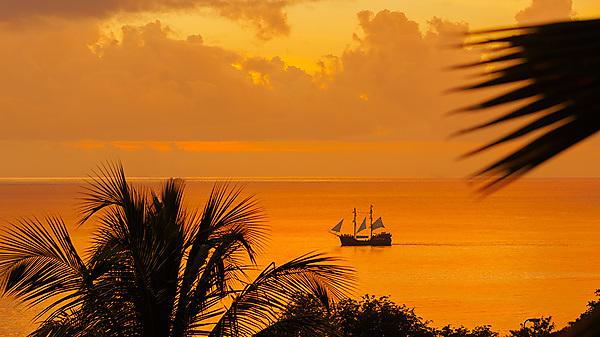 The timeless allure of pirates

It is fascinating how pirates, typically very bad men, have become so entwined with popular children’s entertainment. From pirate Lego and pirate adventures in books for all ages, to huge Hollywood pirate films and even Plymouth’s own Pirates Weekend in May, the history of the pirate has been rehabilitated to be loved by the very young and old.

But whom else in history could we rebrand quite so successfully as the pirate? We’ve taken these murderers, rapists and pillagers – figures like Blackbeard – and changed them into a booming source of family entertainment.

If we look at a well known local pirate/privateer, the Tavistock-born Sir Francis Drake, he has always been popular in England and has been commemorated for his achievements, even though he committed a number of atrocities.

It is really interesting to see how the negative legacies left by Drake and other pirates have been downplayed or reimagined through humour to be sold as popular entertainment. 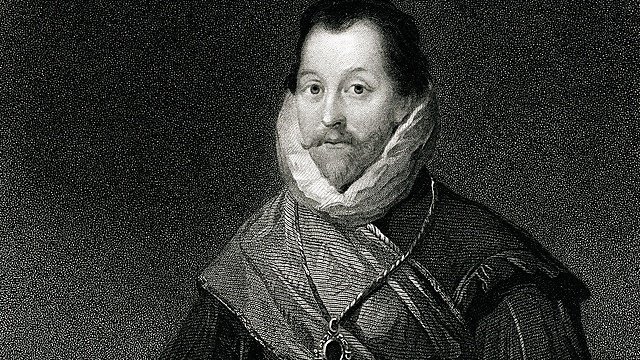 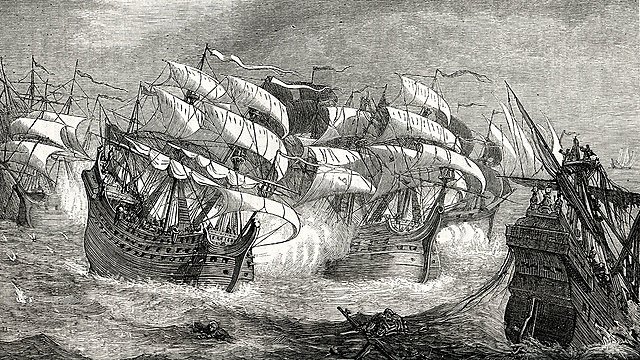 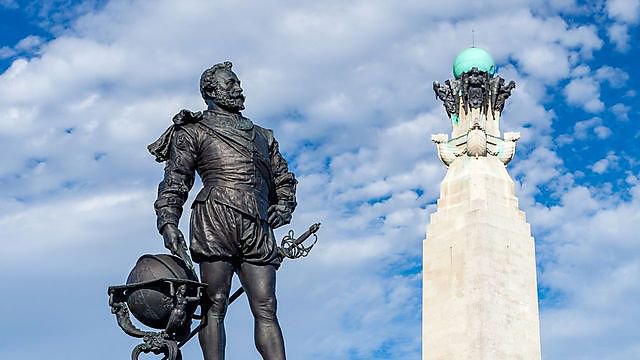 The truth behind the myths

When we think about the many myths about pirates, often a lot of them do have a grain of truth behind them.

When we think of pirates we think of what they looked like: having a wooden leg, with a hook and eye patch and a parrot on their shoulder. Some of these things simply reflect the fact that they were ruthless men and working at sea was dangerous.

For example, you did see one-legged sailors, but they were often in the Royal Navy as cooks, rather than pirate captains raiding the seas. Plus, pirates drinking rum would have been true enough in the Caribbean, as this was a common drink there.

The hunt for buried treasure is a huge part of the pirate myth. But why would a pirate bother to bury treasure after all the effort it took them to steal it? Pirates would much rather spend it on wine, women and song.

And actually, much more often than not, pirates didn't capture treasure like we think of – chests overflowing with golden doubloons and jewels – but trade goods like wool, hinds, leather and wine.

But outside of this creative interpretation of pirate culture, there are very few recorded instances of this ever taking place. In reality, you would have just thrown somebody overboard without the added psychological torture.

We have ideas that pirate society was very organised. Often there was some system of electing captains. Some pirate ships would have rules: the pirate code. Others did not. Some pirates even paid a form of compensation if you got injured.

A pirate ship was a wooden war ship, so it had to have rules and be organised. It couldn’t just be a free-for-all with everybody drinking because then you would run aground or sink in a storm.

Somebody had to be in charge. We might have the idea there was a proto-democracy – that it was all very egalitarian, where everybody voted – but if one person could navigate and another person couldn’t, the latter couldn’t get to be captain. You needed someone who knew what they were doing to run the ship. 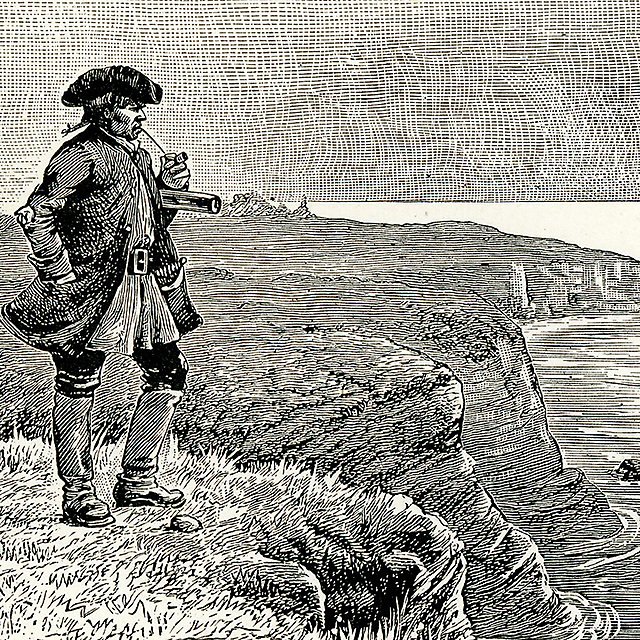 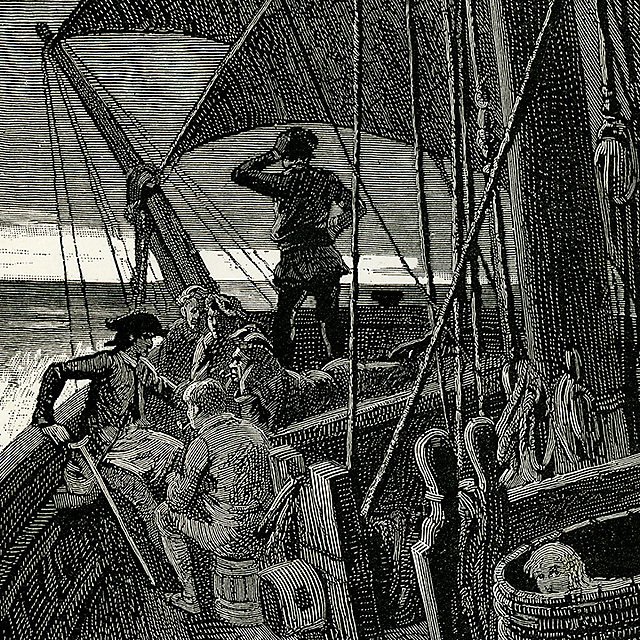 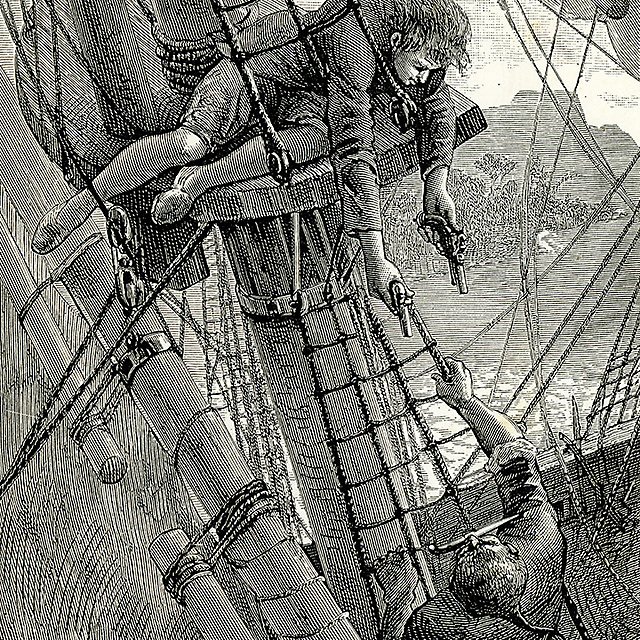 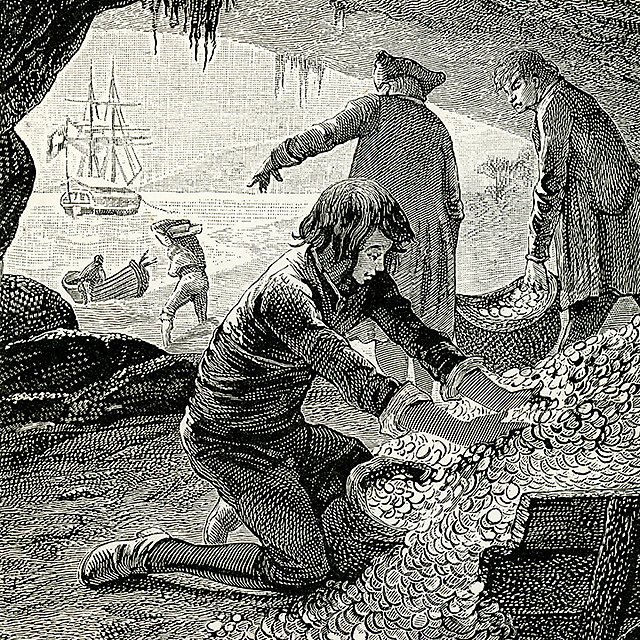 The reasons why people turned to piracy changed over time. Some people became pirates because they had no choice economically. Sailors in the early modern period lived a very fluid existence, moving between different types of work.

You might have served on a merchant ship, a fishing ship, then joined a long-range ship crossing the Atlantic, followed by a short-range voyage up and down the coast to France or Spain.

You might have chosen to serve in the Royal Naval ship or be a privateer or pirate, just because that was the work available at the time. Poverty was the main reason to drive men into this type of seaborne work.

In the eighteenth century, there are arguments that some men became pirates because they were being treated badly in life. It was Bartholomew Roberts, the Welsh pirate who raided ships off the Americas and West Africa, who said:

“In an honest service there is thin commons, low wages, and hard labour;
in this, plenty and satiety, pleasure and ease, liberty and power.
A merry life and a short one shall be my motto.”

Roberts decided he preferred good food and a good time, rather than taking part in honest work on a merchant ship where the rewards were not so tempting.

Some men were just drawn to it for the adventure. Some were forced into piracy and got a taste for it. While some started off with legitimate careers and for any number of reasons couldn’t make it work and saw the sea as an opportunity to seek their fortune.

Take the life of William Kidd, he was originally sent out to hunt pirates, but he turned to piracy. Commissioned by the English government to take charge of an expedition against pirates in the Indian Ocean, but Kidd was not very adept at finding any, so facing a mutiny aboard his ship he was forced to become a pirate himself.

Women were pirates, too

Piracy was not an exclusively male domain. The two most famous female pirates were Mary Read and Anne Bonny. Mary joined Captain John Rackham’s crew, dressed as a man, alongside Anne. They were among the few women to have been convicted of piracy during the early 18th century.

There was also Grace O'Malley, an Irish pirate who defied Queen Elizabeth I by plundering English ships and fiercely repelling the forces that tried to take her family’s land. Sir Henry Sidney, the lord deputy, described her as “a most famous femynyne sea captain”.

Lots of women were also involved in helping pirates. Buying and selling stolen goods. Running the taverns where pirates would come to drink. Lots of women were profiting from, and aiding and abetting, pirates. It was a whole industry which touched upon the lives of everybody in a pirate community. 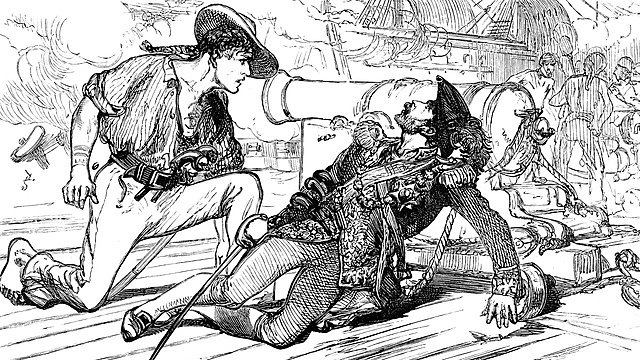 The death of Captain Bartholomew Roberts 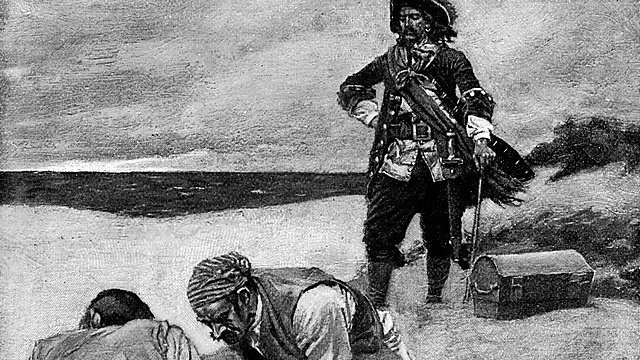 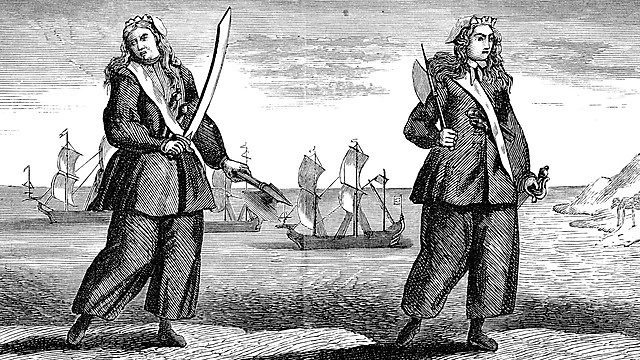 Most pirates – the ordinary sailors – did not get really rich. Francis Drake is an example of someone who actually did. Henry Morgan the buccaneer, a Welsh privateer and plantation owner, is another individual who got rich through his exploits at sea.

For regions like Plymouth, it was not just about the treasure coming into the city. It was also about supplying the pirate ships and being the place where pirates would spend their money.

Some towns with a lot of pirates became a bit of a community. Places like Plymouth and Munster in Ireland were very successful but short lived pirate bases in the early 17th century.

There is a lovely quote from the Tudor period from a play called ‘Fair maid of the west, or a girle worth gold’ (1631) by English playwright Thomas Heywood.

“How Plymouth swells with gallants; how the streets
Glister with gold! You cannot meet a man
But tricked in scarf and feather, that it seems
As if the pride of England's gallantry
Were harbour’d here’”

The play is set around the ‘Islands Voyage’ to the Azores led by the Earl of Essex and Sir Walter Raleigh from August to October 1597 and gives the perception that Plymouth was a boomtown – a community that undergoes sudden and rapid population and economic growth – and people came here to get rich. New York and Boston in the late 17th century are other examples of pirate boomtowns across the Atlantic.

If you were an adventurer, a place like Plymouth with its perceived streets glistering with gold, was a place to come down to and sign-up for a voyage. Perhaps to go out and attack the Spanish, or to the Caribbean, but with the ultimate end goal of coming back rich.

The risk of course was you might not come back and a number of voyages did fail. But nobody saw the risk. Everyone saw the adventure and the potential riches a figure like Sir Francis Drake became famous for. 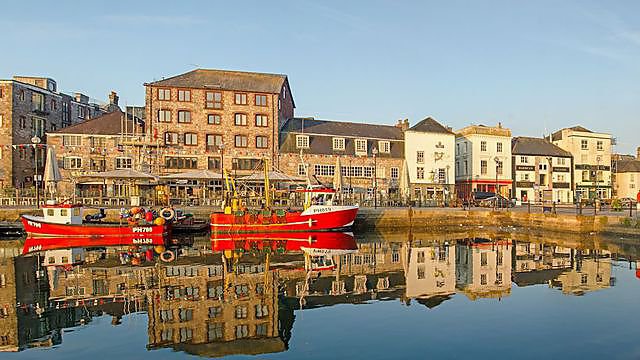 “How the streets glister with gold!” 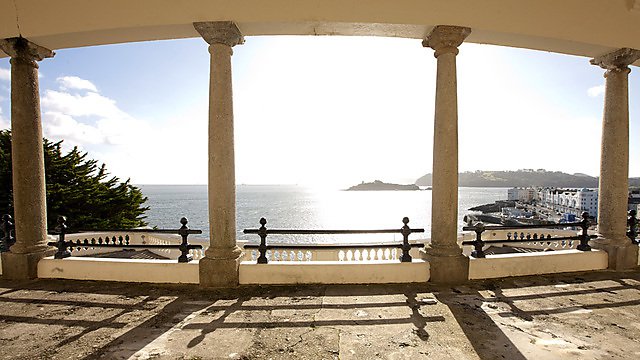 Looking out to Plymouth Sound 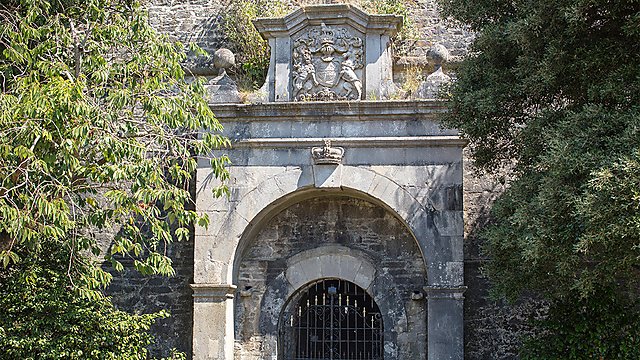 The Royal Citadel: site of a fort built in Drake's day

There are a lot of parallels with modern day piracy and piracy in the Tudor period and in the Golden Age of Piracy. There are current piracy problems in places off the coast of Africa and South America, in Asia as well.

Piracy never goes away. You can send naval ships in and they will deal with the problem in one area, but a new problem will just pop-up somewhere else. And this is classically what happened in the past. If the Royal Navy put ships in one place, the problem would just move elsewhere.

We sometimes think of modern day piracy as being quite low-tech, but it is becoming more and more sophisticated. Cyber-attacks can cost companies millions, threaten national security and endanger human life. We have the Cyber-SHIP Lab here at Plymouth, run by Professor Kevin Jones and his team, which combines maritime technology with leading-edge thinking from cyber-security.

Piracy in the past had been very innovative, always finding out new ways to attack: new places, new ships.

For example, in the mid-17th century, the Dunkirk privateers in Spain developed a new type of technology – innovative vessels that were fast and small and better to attack with.

Modern day pirates are looking to still innovate. Still figuring out the best way to beat the Navy. We can look back at some of the older solutions and see what happens if we tried them today. It’s a constant cycle and that's one of the fun things about piracy because it has that modern resonance.

At Plymouth we have our own Piracy and Privateering in the British Isles module. What's interesting about our module, compared to anywhere else, is we cover a very broad range, which is really driven by the original sources of the time.

Our module has lots of regional links to Plymouth, as you would expect. What’s better than studying the sea in Britain’s Ocean City?

We study pirates with lots of local connections, such as Henry Avery, who was from Newton Ferrers. Avery was a pirate who operated in the Atlantic and Indian oceans in the mid-1690s. A number of his crew were arrested, but Avery eluded capture, vanishing from all records.

We also look at North African piracy and the Barbary corsairs, Ottoman and Berber pirates and privateers, who operated from North Africa and captured thousands of merchant ships and repeatedly raided coastal towns. And then we move across into the Caribbean.

It’s not just looking at the Drakes of the world, but of course we do study him, too.