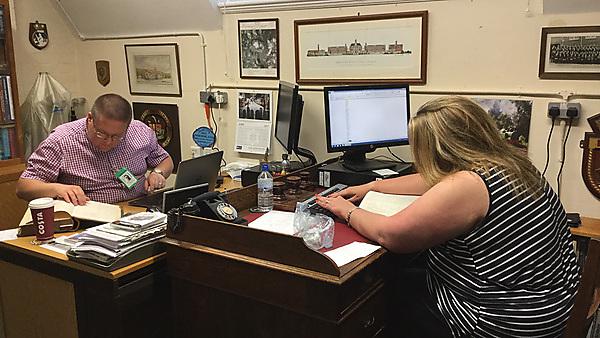 During their first year at the University, as part of our Plymouth Plus module, our first year students used the archives and library at Britannia Royal Naval College to carry out research. It was such a valuable learning experience that several of them returned to the college over the summer to work as volunteer archivists under Britannia historian Dr Jane Harrold.

Through their hands have passed the raw materials of modern naval history from photographs to diaries to drawings, letters and maps. They tell the story of the modern Royal Navy from individuals who would rise to the rank of Admiral from being cadets at Britannia, down to those cadets who would be lost at the Battle of Jutland in 1916, or who would perish when their ships were sunk in the Battle of the Atlantic during the Second World War. Those records also tell of social change within British society and a naval service increasingly diverse and open to all.