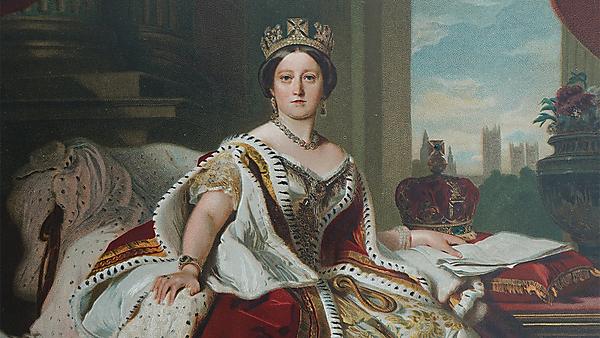 In our latest research bulletin Dr James Gregory, Associate Professor of Modern British History, tells us about Queen Victoria and the Hangman. James is completing the first of two books looking at cultures of mercy in Britain and the British world in the Victorian era, and in the longer period of 1760 – 1960. This research builds on his earlier studies of the movement against capital punishment, and Victorian vegetarianism. The first book takes Queen Victoria as the central figure in the study, but another figure loomed largely in the nineteenth-century imagination.

In an age of media-driven celebrity, when Queen Victoria’s activities were recorded in detail by the burgeoning newspaper press, royalty had a rival in people’s fascination with lurid details of murders and the work of the public hangman. A ‘Newgate Circular,’ – its name satirising the ‘Court circular’ that detailed royal activities and also referencing Newgate gaol in London where men and women were hanged (publicly until 1868) – appeared in The Satirist journal in 1845. In this article, the Satirist observed that even the movements of ‘Royalty and Prince Albert appear to create far less sensation’ than what the hangman got up to in his grisly trade.

Like royalty, the hangman was on the move across the United Kingdom, assisted by the railway. Half a decade after hanging became an affair carried out within prisons, the Dundee Advertiser commented on one flying (but as it turned out, abortive) professional visit from the London hangman to Scotland in 1873, ‘if their visitor had been a Royal personage or an eminent statesman he could hardly have been treated with greater consideration.’[1] To signify his ‘official’ status, William Calcraft, the chief British hangman of the period, allegedly had his boot and shoe shop decorated with the sign ‘Executioner to her Majesty’.[2]

Following attacks on him in the pamphlet Groans of the Gallows (1846), Calcraft was said to have penned The Hangman’s Letter to the Queen in 1855. ‘I have manifested as finely strung nerves as the most sensitive lady of your Majesty’s court,’ Calcraft purportedly told her gracious majesty, in what was actually a capital-punishment abolitionist work.[3]

The leading middle-class satirical magazine, Punch, made the parliamentary discussion of the proposal for life peerages in 1869 – 1870 the occasion of bad puns about the Queen (as the traditional ‘fountain of honour’) elevating the hangman to the dignity of Baron Hempstead [an allusion the hangman’s noose] as an ‘extra law lord’ – a ‘dignified and pensioned yet not idle retirement’.

Finally, another association between executioner and the ‘chief magistrate’ of the realm. In one unpublished fantasy of the poet Algernon Swinburne, the play, La souer de la reine, featured an illegitimate half-sister of the Queen, raised as a prostitute. She was to be removed by the scandalised queen through Calcraft’s agency, who is to be rewarded with a knighthood for the murder, ‘Levez-vous, Sir Calcraft’.[4] Calcraft’s real successor as executioner, the boot and shoemaker William Marwood of Horncastle in Lincolnshire, sported business cards with the legend, ‘Crown Executioner to her Majesty’. 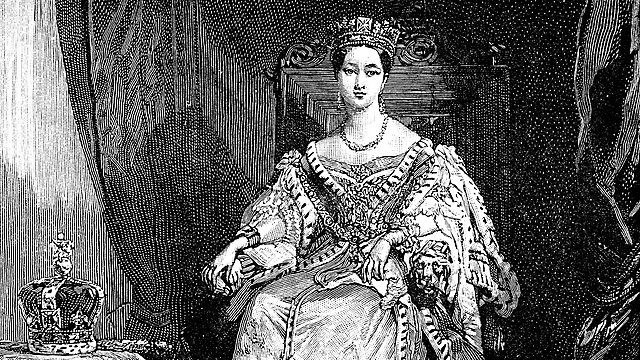 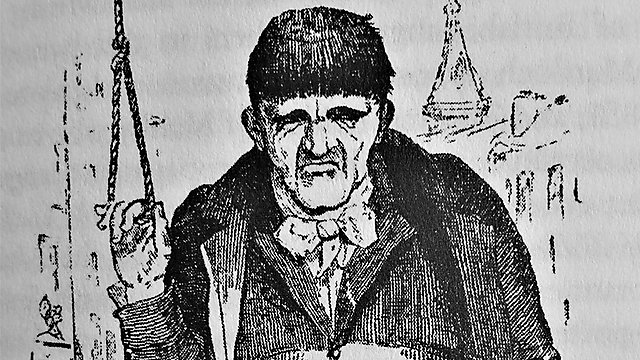 [3] The Hangman’s Letter to the Queen; in reply to the ‘Groans of the Gallows’, vindicating his Life, Character and Profession: with his proposed New Machine, to be substituted for the Gallows, called Calcraft’s Maiden (London: C. Elliott, 1856?). A sign of the fascination with Calcraft is the lurid but fictional Calcraft’s Confessions; or Coward-Conscience (London: F. Farrah, 1870).