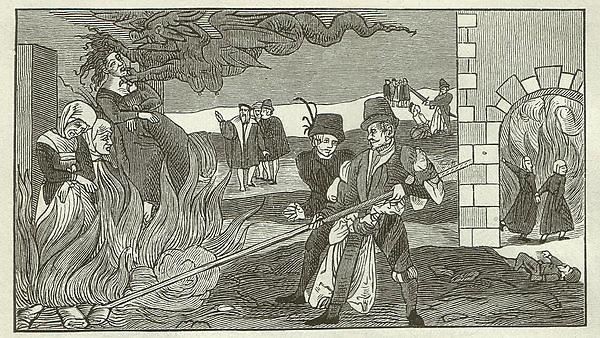 Witch burning in the County of Regenstein, 1550

What made people in early modern Europe believe (or not believe) in witches, ghosts and werewolves? How were heretics, religious minorities and the poor viewed and treated? What social and political forces were in play in this period?

This module allows students to investigate and analyse the identities, processes, and structures that contributed to the formation of in-groups and out-groups in early modern Europe. Central to the aims of the module will be an understanding of how groups were defined and excluded, and the role which ‘deviant’ groups played in and against ‘conventional’ society. Each week students use key secondary readings and primary source documents to delve into the world of marginalisation in early modern Europe.

Topics that will be explored in this module include: