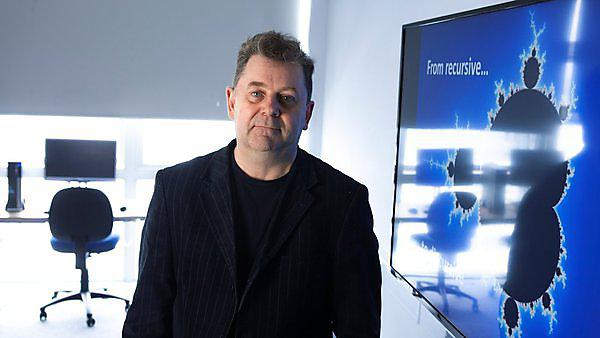 Steve Wheeler’s fascination with technology can be traced back 40 years to a very particular trip to a museum. A schoolboy in Maastricht in the Netherlands, where his father was stationed in the RAF, Steve visited the technology archive of the Philips electronics company, and as he looked at early examples of computers and video conferencing devices, he instantly recognised its potential.

“I thought, ‘This is the future’,” says Steve, Associate Professor within the Plymouth Institute of Education. “Star Trek had just come out, and it featured video communication and futuristic technologies that you could see would one day become a fixture in people’s lives. I knew it was something I wanted to be involved with.”

That early enthusiasm, coupled with a passion for science fiction writers such as Arthur C Clarke and Isaac Asimov, has inspired a teaching and research career which passed the ruby anniversary mark in January of this year. And technology has always been firmly embedded within it, from building his own computer in the late ‘70s, to using Twitter and blogging as a means of connecting with new audiences in recent years.

Steve’s particular field of expertise is around the use of technology in education, starting out with those early computers and now moving to the fields of social media and smartphones. It has been the subject of a number of research collaborations over the years, and is something he lectures upon to students on a range of Education courses within the University.

“Technology in schools has to be done properly, and that has always been something I try to convey to my students,” Steve says. “I encourage them to question everything they find out, by having an open mind but a critical eye. And I challenge them to think about the issues schools and universities need to solve, and then to identify how technology might be part of the solution. Used properly, there is no doubt that it can be an amazing platform and something that should be embraced rather than feared.” 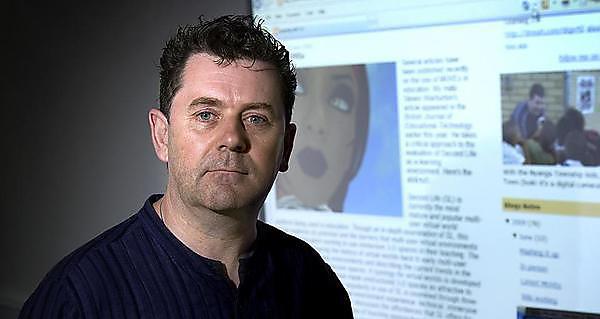 “Star Trek had just come out, and it featured video communication and futuristic technologies that you could see would one day become a fixture in people’s lives. I knew it was something I wanted to be involved with

Over the past decade, as well as working with the next generation of teachers, Steve has travelled the globe speaking at more than 200 conferences in 35 countries about the benefits and pitfalls of using technology in education. This year alone, his diary of international engagements includes keynote addresses in the UK, France, the Netherlands, Ireland, Greece and Denmark, as well as further afield in Brazil, UAE, Singapore and Australia.

As you might expect from someone in his position, he has embraced the digital revolution with around 31,000 followers on Twitter, while the blog he started in 2008 is updated on an almost daily basis and has now been read more than six million times.

He has been an adviser to governments on how they might embrace the digital revolution, and is currently chair of the Network of Academics and Professionals, the membership wing of the European Distance and E-Learning Network (EDEN). Through that, he pioneered the creation of #EDENchat, a Twitter-based discussion through which anyone can share experiences and raise questions related to online and distance learning.

“One of my favourite mottos to live my life by has always been that ‘I live and work in the future, but come home at weekends’,” Steve says. “And it is undoubtedly true that technology has transformed what we do and the way that we, and future generations, will think. But to ignore the pitfalls is to open ourselves up to risk, and sharing experiences is one potential way to overcome that. I have always sought to inform students and colleagues in such a way that they have their eyes wide open, and it is something I will continue to do.”