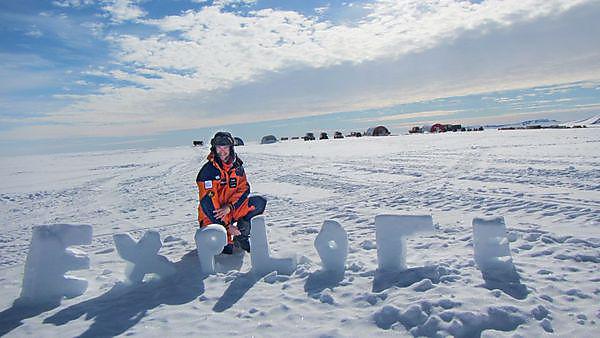 For centuries, Plymouth Hoe has been an iconic launch pad for adventure and discovery. More recently, it’s become a symbolic one for the University’s students as they pass through the Graduation Marquees on their way to a new phase of life. But for marine biology graduate Henry Evans it’s been both – and a springboard to a truly remarkable 18 months.

From Graduation 2012, Henry’s journey has seen him follow in the footsteps of childhood hero Captain Robert Falcon Scott, skiing to the South Pole to mark the 100th anniversary of the ill-fated Antarctic expedition. Since then, he’s embarked on a whistle-stop speaking tour of schools around the world as ‘global ambassador’ for the University and higher education.

“It’s been an amazing few months,” Henry said. “I’ve pushed myself to the very limit in one of the harshest climates on Earth – and given talks to a quarter of a million people about the variety of marine life and stunning habitats that our world possesses. And I’ve discovered so much about myself in the process.”

That process of discovery for Henry dates back to 2010 when he first entered the competition to be a part of the International Scott Centenary Expedition. His movingly worded tribute to the explorer, whose stories he’d heard as a child from his grandfather, got him through to the final 10, before he overcame a series of gruelling physical and mental tests to earn a ticket on the plane.

Henry had to juggle training sessions on Dartmoor with taking his final exams – an experience he said was “challenging”. But finally, in December 2012, his epic journey began. Flying via Punta Arenas, Chile, and Union Glacier in Antarctica, Henry and guide Geoff Somers set out from 88 degrees south – and 14 days later they reached the Amundsen-Scott base.

Reflecting on the experience, Henry said: “What hits you is just how remote it is, and how it can be so bleak and beautiful at once. It’s also incredible hostile – we had whiteout conditions, and the wind chill is hard to describe. We both suffered frost nip, and I can well imagine how excruciating frostbite must be.

“But having studied marine biology at Plymouth, and having learned from renowned experts, I was also very aware of the importance of Antarctica to science and to understanding our climate, and I wanted to make a contribution to that research effort.”

This Henry did by taking sub-surface snow samples every three miles along the 120-mile traverse, which he later supplied to the British Antarctic Survey for analysis of isotopic levels.

Henry is a marine biologist who graduated from the University of Plymouth in 2012. He completed the two man International Scott Centenary Expedition to the South Pole to celebrate the centenary of Captains Scott’s Terra Nova expedition. 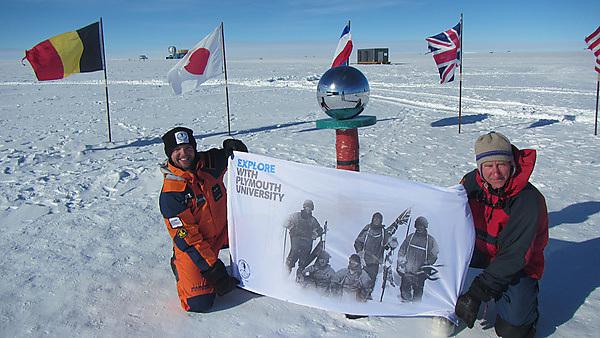 Returning home to Saffron Walden, Essex in January, Henry found the transition to normality “tough”. But having been sponsored by the University on the ISCE, he suggested to the institution that he share his experiences with children and young people at some of its partner schools.

He set up a business – Magnificent Ocean (www.magoce.com) – and began contacting schools in the region to offer workshops and classroom activities for their pupils. Using PowerPoint and props – namely his expedition gear (and signature penguin costume) – as well as photos, videos and anecdotes, Henry tailors the experience according to the age of his audience.

As word has spread of the popularity of the sessions, so invitations have come in from further afield. And as the project has snowballed, so Henry began to set his sights overseas – and thus the role of global ambassador was born.

“I’d search on the internet for the best schools in a country and contact them direct. I must have done 60 schools in the past 10 months now. I’ve been to China, Thailand, Singapore, Vietnam, the US, and all over Europe – and everywhere I’ve gone, the children have been so enthusiastic.”

Henry has had to be sensitive to the political climate – treading carefully with carbon emissions in China for example – and has learned to handle the expectations and energies of his audience.

“I had 600 pupils at a school in London all wanting to try on the penguin costume, and 200 pupils in Vietnam queuing for my autograph,” he said. “I even signed a football”. And what’s amazing is to hear these children say they want to be a marine biologist, or to go to university, because they’ve been inspired by my stories.”

With further trips to Europe, China, Hong Kong and the US on the itinerary, and a book From University to the South Pole (available on Amazon) to promote, there’s no sign of Henry slowing down just yet.

“The University has been hugely supportive of me every step of the way, and I’d really like to keep that association going. It’s great that I’ve been able to be an ambassador for Plymouth.” 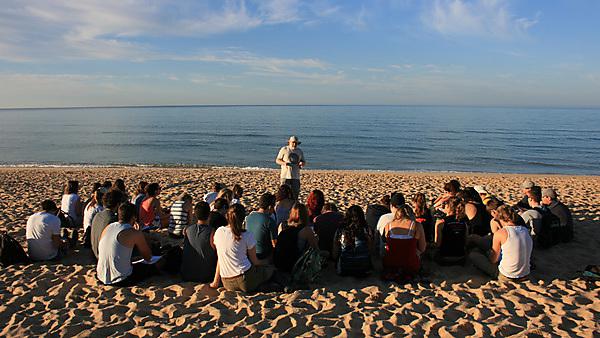