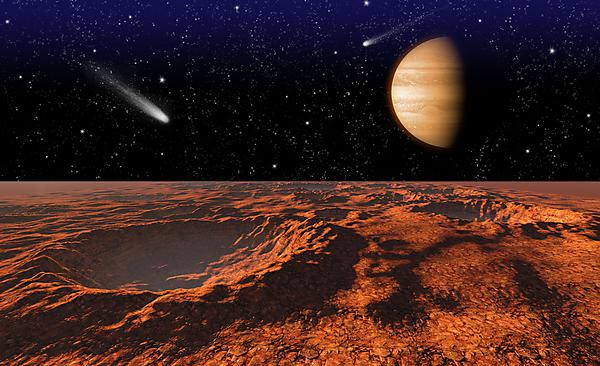 20 August 2015
From completing her undergraduate studies to securing a position at the Natural History Museum, Dr Natasha Stephen’s career path is – on the face of it at least – what you might expect from an aspiring geologist. But in 2009, she chose a study topic that continues to take her work outside of the Earth’s atmosphere.

“I had always enjoyed studying igneous rocks and volcanoes, but geologists in these fields globally were tending to focus on a few regions, such as Iceland and Hawaii,” Natasha says. "I wanted something a little more exotic and had always been fascinated by space – so I chose to study Mars."

In making that choice, the 28-year-old, who joined the University after completing a PhD at Imperial College London, consigned herself to confronting a number of logistical challenges. We know very little about the volcanoes on Mars, and without the means to visit them we’re limited to gleaning insights from the handful of Martian meteorites in collections around the world and the findings of space missions, which are continually sending back new information about our planetary neighbour.
But that, in itself, has always been part of the appeal for Natasha Stephen, who is now Scientific Officer within the Plymouth Electron Microscopy Centre(EMC). And by establishing links with museums and organisations throughout the world, she is generating a unique picture of what happened to the ‘red planet’ and anything that may have existed there.

“Around 45,000 meteorites have fallen to Earth and have been collected and recorded, but just 72 of those are presently known to have come from Mars,” she says. “They, along with the information gathered by two rovers on the surface of Mars and several orbiters generating a huge amount of remote data, are providing the only clues we have as to the fate of Mars.”

Natasha is one of a few geologists now using two very different techniques to analyse the Martian meteorites, and she is building up a database of in-depth and complex information with respect to their chemical and mineral composition.
When new samples are received by the Plymouth University labs, they are initially categorised in terms of their petrology – their detailed mineralogical make-up – before further tests establish whether they solidified on the planet’s surface or deeper down. Natasha’s research then focuses on where the rocks were formed – on the surface from a volcanic eruption, or ejected from below the planet’s surface at some point in its 4.6 billion year history.
Using the state-of-the-art equipment within the EMC, Natasha can generate magnified images of the rocks, making it possible to catalogue the precise physical structure of each specimen. The nature of her work also means that the materials are fully analysed but not damaged, so that scientists with enhanced technology in the future will be able to re-use the same rocks for further tests. 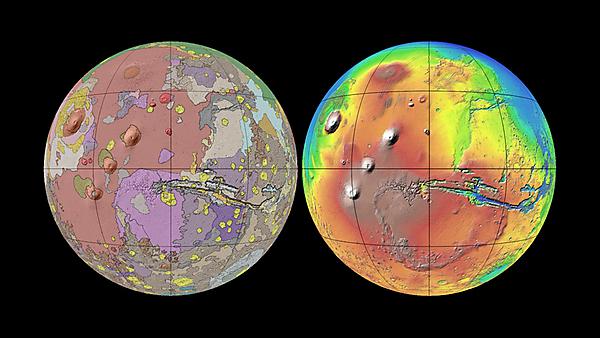 “All of the rocks on Earth have specific oxygen signatures and they are largely similar to those from the Moon, suggesting a similar origin. We know the meteorites are from Mars because they have a different oxygen signature and trapped gases in them, with a composition that matches exactly with the Martian atmosphere measured by the Viking landers in the 1970s. These gases are likely to be the result of all the volcanoes on Mars.”

Natasha works with researchers around the world to source new material, and hopes to travel to Australia in the search for more material later this year.

She says: “Many of the samples we are analysing have been floating in space for millions of years, and it is by pure chance that they get trapped into our orbit and land here.”

She adds: “As well as establishing the first comprehensive database for mineral spectra to help use spacecraft and rover data, the main goal of my work is actually not about trying to figure out whether there was ever life on Mars but to establish what happened to the planet. Our work could give us an insight as to what caused it to become geologically dead and whether it might also occur here on Earth in the future.”

Natasha also places huge importance on doing outreach work with schools and colleges across the region, and she was among the speakers during this year’s British Science Week events at the University. Through that, she hopes to inspire more people to ask questions about a planet that is so near, in the context of the universe, but so far in terms of its geological state. 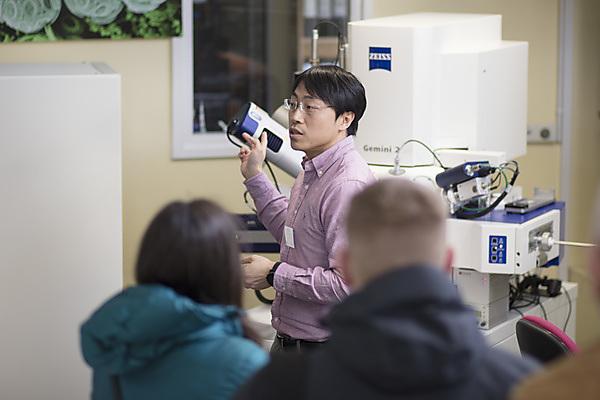