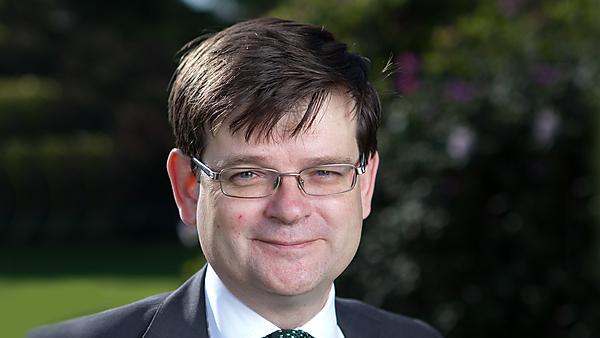 “Good governance is fundamental to every successful organisation,” says James Brent, Chairman of the Board of Governors, reflecting on the journey the University has been on over the past 18 months – one that has involved external review and internal reform in equal measure. “Clearly there were some painful lessons learned last year, but we've endeavoured to address them in an open and transparent manner so that we better restore confidence among those who look to the University as educator, employer and anchor institution in the South West.”

When James stepped into the role of Chair in October last year, he knew that the first steps on the path to reform needed to be taken under the watchful gaze of external experts. So, together with the wider leadership team, they invited the Good Governance Institute to conduct a thorough report, not just of governance but processes, systems, culture and behaviours as well.

By March of this year, in anticipation of the report’s publication, the Governance Improvement Programme (GIP) was launched, led by Vice-Chair of the Board, Margaret Schwarz. Consisting of governors, staff and students, it set about creating a framework of engagement based on openness, honesty, trust, probity and respectful challenge, with the aim of ultimately providing the assurance and confidence that the University was being well-run and making good decisions.

This was crucial for the student body, for whom the term ‘transparency’ had become a watchword in 2014. Ruth Titmuss, President of the University of Plymouth Students’ Union, said:

“In the minds of many students, issues of governance and financial accountability were rolled into one. Some students were totally unaware of the issues; others were confused and concerned about the reports they were hearing but really didn’t know who to speak to. And then there were those who were vocal and disgruntled by what was appearing in the media, and they wanted answers.”

When the review was published, the GIP began to work through the 15 key recommendations. Professor David Coslett, who had been appointed by the Board to take over the interim roles of Chief Executive and, later, Vice-Chancellor, had already identified two critical areas to address – the need to establish a more representative academic leadership and the need to strengthen the academic voice across the institution.

He said: “Academic leadership needed to focus on the idea of ‘one university’ where Board, executive, staff and students each have a sense of shared goals and an understanding of the part they play in delivering them.”

Role of the Board of Governors

Understand the roles and responsibilities of our Board of Governors. 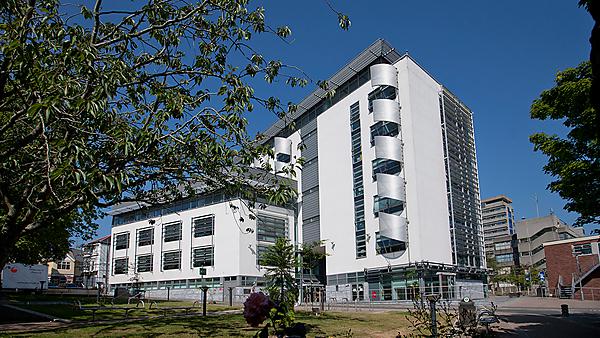 Early steps were taken to expand the renamed ‘University Executive Group’ to include Executive Deans and Pro Vice-Chancellors, and a project launched to strengthen the Academic Board function and replace it with a new Senate.

Dr Mike Sheaff, an Academic Staff Representative on the Board for the past seven years, said:

“It was important that the report highlighted the need for a stronger academic voice, especially when it comes to making those decisions that relate to quality in teaching and research. It’s also important that all staff are engaged in decisions about delivering that quality.”

For Mike, one line from the report stands out in particular: ‘Good governance requires more than the development of processes, since it is built on strong relationships, honest dialogue and mutual respect’.

“I think progress has been made,” he said, “but the real potential of these improvements will only be achieved if we give at least equal attention to behaviours. Of course there are different practices across the University, but there must be a common adherence to core and guiding principles. This is about culture and behaviours and relationships, and they must be worked on consistently.”

Improving the understanding and perceptions of governance at the University was also an important task, and the team has worked hard to clarify the roles and responsibilities of key decision-making bodies, such as through the publication of the terms of reference. The role of University Secretary has been extended and reinforced, and there has also been a commitment to ensure greater visibility of governance by sharing as much information as possible through external webpages and internal communications channels. Minutes of Board meetings are now available on the website and a summary of University Executive Group decisions is regularly made available to staff.

The Board of Governors itself has undergone reform to better ensure appropriate skills, knowledge and experience, and alignment with sector best practice. This has extended to the recruitment of new Academic Board and Professional Services staff governors, a new training and appraisal plan for all governors, and the appointment of a number of independent governors.

“Good governance does not end here – this is not ‘job done’,” said Margaret. “Improving governance is an ongoing activity, and our Governance and Nominations Committee will oversee this continuing work as we further develop our culture. We have done the groundwork, but we have to go on making good decisions and holding people accountable for those decisions.”

And with potential changes in the sector providing an even greater onus on universities to evidence that they are well-run and offer value for money for their students, could it be that the University finds itself ahead of the game?

“I said at the outset that I wanted us to become an exemplar for the sector, and turn this into an opportunity,” adds James. “We are on our way to doing just that.”