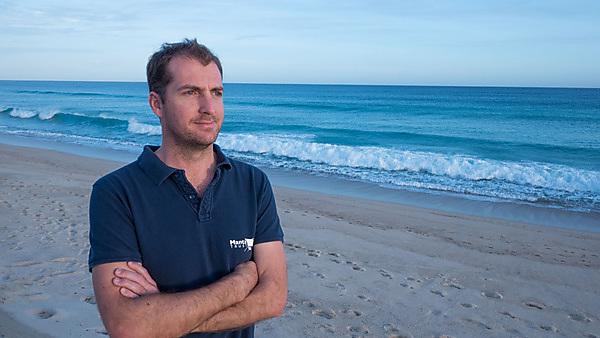 As close encounters with nature go, it takes some beating. A distressed manta ray, three metres in wingspan, approaches a lone diver. Fishing line binds its mouth and gills, cutting like a ligature. The stricken ray allows the diver to remove the line before it wheels away and disappears into the blue. Two days later, at the same spot, the diver is back, this time with a group, and all are watching manta rays feeding in a gyring whirl. Suddenly, one of the rays breaks away and swims towards them, before it circles repeatedly above the diver’s head. It suddenly becomes clear that it is the very same injured manta ray.

With memories such as these, is it any wonder that marine biologist and University alumnus Guy Stevens has devoted his career to researching, studying and helping to conserve these iconic creatures?!

“There’s a tendency to anthropomorphise these things but there was no doubt that that manta ray sought me out for help,” says Guy, Founder and Chief Executive of the global charity The Manta Trust, recalling their meeting in the Indian Ocean several years ago. “That in itself is quite remarkable. But for the same animal to pick me out from a group of divers was amazing. How did it know and what was it trying to say?”

Such questions have been a feature of Guy’s work ever since he first encountered the creatures in 2003 when, having graduated from his Plymouth degree, he landed the extraordinary job of marine biologist at the Four Seasons in the Maldives. Working aboard the luxury vessel Explorer, Guy was responsible for leading snorkelling and dive trips, as well as presenting to guests on the local marine ecology.

Guy says: “I started to see manta rays on a daily basis, and I was struck by how charismatic they were. They are beautiful and graceful in the way they move through the water, and when you look into their eyes, you get a real sense that they are pondering what you are. That is backed up by their behaviour, which is curious, social, more like a dolphin or seal. In fact, to describe them as a fish is to do them an injustice!”

What surprised Guy from the outset was just how little was known about the behaviours and habits of the rays, and so he began to conduct research on the population in the Maldives. Within two years, he founded the Maldivian Manta Ray Project, the first full-time study of manta rays in the territory, working closely with the government, local communities and business stakeholders to raise awareness and introduce protective measures. The project has now documented more than 40,000 sightings of more than 4,500 mantas, making the Maldivian manta ray population the most intensely studied anywhere on the planet. 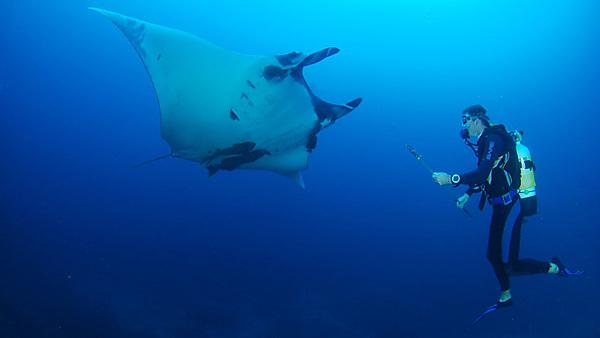 In 2011, motivated to replicate its success globally, he founded The Manta Trust, a UK- and US-registered charity dedicated to the worldwide conservation of mantas and their close relatives. It now has 40 project leaders in 20 countries, each coordinating collaborative research and conservation efforts. In the Maldives alone, this has led to the creation of several Marine Protected Areas at key manta aggregation sites, most notably at Hanifaru Bay, which has also been declared a core protected area within the designated UNESCO World Biosphere Reserve.

“The biggest threat to mantas and mobula rays is from fishing,” Guy says. “They are targeted for their gills, which are used in Chinese medicine, and unfortunately that has resulted in a big decline in populations. There are also secondary issues such as by-catch and climate change affecting plankton, their food source, which are harder to measure in terms of impact.”

Born in Penzance and raised in Dorset, Guy said he felt he was destined to ‘work with fish’ from the moment he was given an aquarium at the age of 11. But leaving school at 16 with three GCSEs, he found that there was more than just glass separating him from the marine environment, and his early career was limited to working for companies in the ornamental fish trade.

Guy secured a couple of vocational qualifications at local colleges, but realised that he needed a degree if he was ever going to break through to the career he craved, and after speaking with an admissions tutor at the University, he was given a chance to prove himself on the degree for Marine Biology and Coastal Ecology.

“It was a steep learning curve to suddenly be in full-time academia, but I loved the practical stuff,” he says. “In my final year, I went with some other students to the university in Grenada to do a study of the symbiosis of cleaner fish and their clients on the tropical reef – it was an amazing experience.”

It was this willingness to head overseas to undertake project work, combined with experience volunteering at the National Marine Aquarium, and his PADI Dive Master qualification, which made Guy the ideal candidate when the role at the Four Seasons arose – and the rest is his story.

His conservation work has now featured in more than a dozen TV documentaries for the likes of the BBC, ITV, National Geographic, and Australia’s 60 Minutes programme. And he has also become involved with scientific research off the Chagos Islands, funded by the Bertarelli Foundation, and which has seen him reunited in a virtual sense at least, with his former course leader, Professor Martin Attrill, now Director of the Marine Institute.

With a new book set to be published thanks to the support of the Save Our Seas Foundation – Manta Rays: The Secret Life of Devil Rays, completed in partnership with another Plymouth graduate, National Geographic photographer Thomas Peschak (“the greatest underwater photographer in the world today”) – Guy is hoping to share some of those remarkable encounters beneath the waves with a new audience.

“You get a true sense of connection with these majestic rays,” he says, “and that is what drives me on every day in my work to conserve them.” 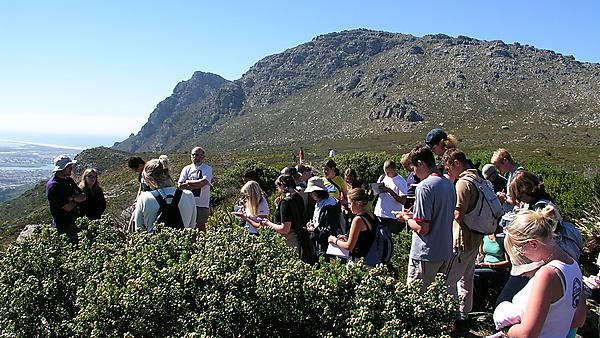