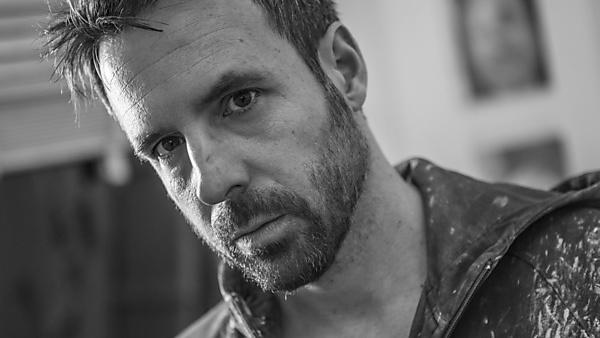 “It’s a very physical way of painting,” says Antony Micallef, sizing up the work-in-progress hanging on the wall of his Notting Hill studio, not to mention the almost crystalline structure that has accreted on the floor beneath. “It’s messy, for sure, because I use so much paint. But I'm really fond of these workings; I see it as bits of my history.”

The evidence of that physicality is there on the canvas, with layers of fleshy reds and pinks layered and sculpted atop blacks and whites, not to mention plastered on his jeans and jacket, and the walls around the room…it’s like standing in a scene from Dexter, only one where you discern meaning from the spatter of oil paint. There’s blood and sweat in there too, metaphorically at least.

We move next door, squeezing through a corridor stacked with canvases, to sit and discuss a career that has seen Antony develop into one of the country’s most acclaimed and exciting contemporary artists. A graduate from the University’s BA (Hons) Fine Art degree when it was still based in Exeter, Antony’s painting style has been compared to Francis Bacon, an amalgamation of influences from the old masters such as Caravaggio to more modern contemporary photographers and graphic artists. But it is painter John Virtue, a visiting academic at Plymouth during his degree, who Antony credits with having the biggest impact upon his career.

“I was really lucky to meet some great people, particularly Chris Cook and John Virtue,” he says. “John used to talk about working and painting, and that brought home to me that I needed to get a job and get on with things after university. He taught me about mark-making, the structure of the face, the bones...but most of all, he instilled discipline, and I needed that.”

During the final year of his degree, Antony trained up on a whole range of graphic communication packages and secured a job in Brighton as a designer. For three and-a-half years, he worked 9-5 before returning to his tiny flat where he would paint every night.

“I had a pile of rejection letters from galleries – “not what we’re looking for” – and I really wish I’d kept them now,” he says. “It got to the point where you’d be sending stuff out and maybe you’d get one reply out of every 20. But that sets you for the future, it hardens you up. If you do anything creative you have to toughen your skin.”

The big turning point came in 2000, when Antony won second prize in the BP Portrait Award competition and was shown at the National Portrait Gallery. Six hugely successful exhibitions have followed at the likes of Tate Britain and the Royal Academy, and a well-publicised list of admirers (and buyers) from the world of celebrity has lengthened with each.

Much of Antony’s work has been framed around his engagement with, and dissection of, pop culture and consumerism, but his most recent exhibition, Self, showcased something new, something inward-looking in its gaze.

“I discovered this ‘heavy’ style around October of 2014,” he says. “I call these paintings self-portraits but I’m only using myself as a vehicle in terms of where the light is falling. To me, it is about the layering and the chemistry of paint, the medium itself. Painting is about a conversation you have with the piece. Sometimes you have to make compromises because it wants to go in a certain way.”

I’ve always wanted to make work like this, but I never had the dexterity or the courage to do so. They are energetic, and you’re never quite sure what you’re going to get. 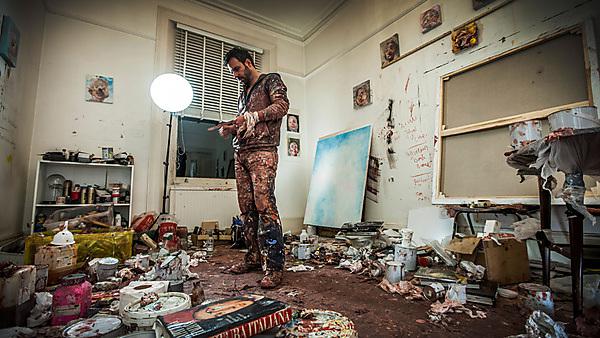 One of his more recent pictures sits between us – A Self-Portrait on Red. The face looks as though it’s been flayed to the tendons, the textures almost daring you to reach out and touch.

“I don’t see them as that dark, but I understand why people do,” he says. “If you disfigure the face, if you smudge it…if I can capture something that is really visceral, if it has life behind it and can breathe on its own and have energy, then I’m winning in what I’m doing.”

Recognising when you’re winning and when you’re “running into a brick wall” is a major consideration for Antony. When it goes wrong, “it’s brutal” he says, a confidence-sapping, paint-draining experience that you sense leaves him with a near physical scar. Like a method actor deep in character, or a boxer shut away in a training camp, Antony admits to sometimes having to sit in silence for an hour in order to “reacclimatise”.

And that’s one of the reasons why he is taking himself off to the South Pole for a three-week holiday – not so much a blank canvas as a neutral space; away from his brushes and knives; a chance to refresh and re-energise before returning to finish his work for his next major show in Hong Kong, in May next year.

“It’s one of the biggest galleries in Asia, so it’s a great opportunity for me,” he says. “I’m really excited. I love having a show – it gives me something to work for.” 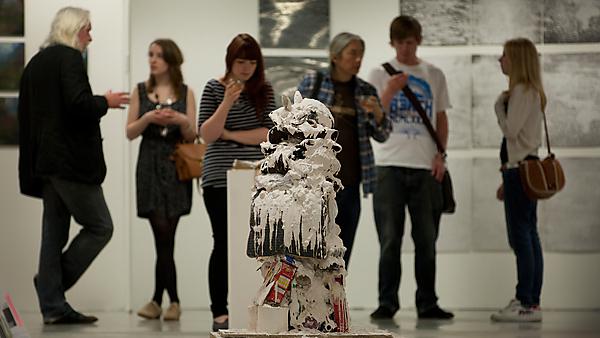 Learn more about BA (Hons) Fine Art. For more information about our range of courses within the School of Art, Design and Architecture, please visit the school page. 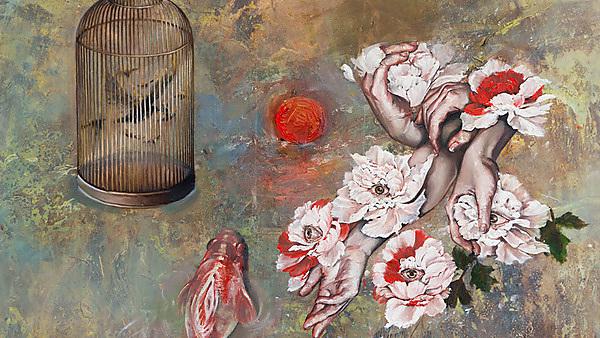