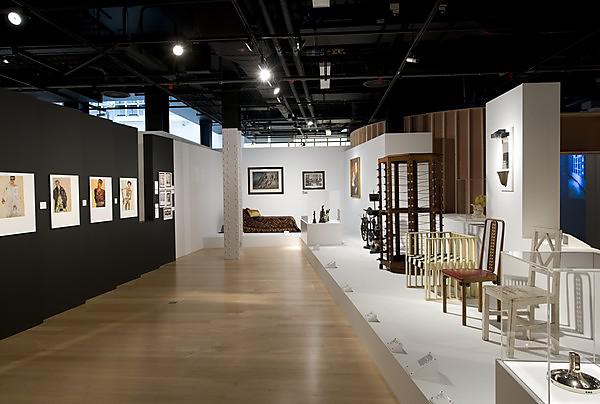 Vienna: ‘City of Music’; ‘City of Dreams’; home, at the turn of the 20th century to some of the most influential composers, artists and thinkers of our time. For Gemma Blackshaw, Associate Professor of Art History, the Austrian capital has proven to be an inspirational focus for more than 15 years’ research, during which time she has produced a body of work that has challenged the very self image of the city.

Gemma’s collaborative four-year study Madness and Modernity: Art, Architecture and Mental Illness in Vienna and the Habsburg Empire 1890—1914, for example, was a challenging exploration of modern attitudes to the mentally ill, and one described by its funders the Arts and Humanities Research Council as “a model for future interdisciplinary research”.

Gemma, of the School of Humanities and Performing Arts, and her co-investigator Leslie Topp at Birkbeck, University of London, were invited to curate the exhibition Madness and Modernity at the Wellcome Collection in London in 2009, an event that would put the then newly-opened gallery on the cultural map of the capital. It attracted more than 40,000 visitors and received stellar reviews in the media.

Madness and Modernity combined traditional fine art objects with an innovative collection of artefacts gathered from an extensive search of archives, galleries, hospitals and former sanatoria. The exhibition included architectural models and designs of objects used in exclusive sanatoria such as ashtrays, light fittings, chairs’ soft furnishings and therapeutic equipment – all designed to enhance that sense of rest, relaxation and rejuvenation. It also included objects from Sigmund Freud’s original consulting room, including one of the carpets used to cover his iconic couch.

“I think what Madness and Modernity achieved was to highlight the history of our attitudes to the mentally ill and to show how some things haven’t changed a great deal,”

“The modern emphasis on diet, light, air and exercise is also important in contemporary psychiatry. The model of taking patients away from the stresses of their daily lives, removing them to calm spaces in the greenbelt, regulating their diet is the culture of places such as The Priory. And in a more challenging sense, the ‘fashionability’ of nervous disorder in Vienna 1900 - addiction to alcohol, insomnia, eating disorders - find their echoes in the celebrity culture of today.”

The success of the London show led to a commission to bring an expanded form of the exhibition to the Wien Museum in Vienna the following year. The catalogue was translated into German, with the exception of the English title ‘Madness and Modernity’, which hinted to Austrian audiences that they could expect something controversial; an outsider perspective. Indeed, in a review by the national newspaper Der Standard, visitors to the exhibition were told to expect “none of the usual clichés”.

“We undoubtedly ruffled a few feathers. Traditionally, Freud has provided the context for madness and modernism – he is the context. What we did, however, in bringing together the two distinct fields of psychiatry and visual arts, was to show Freud in a new context in which he was not the main player, and revealing that he had very little direct contact with modern artists. The Viennese were not accustomed to seeing Freud in this light, sharing the stage with other doctors and psychiatrists.”

Artists, such as the writer Peter Altenberg and the artist Egon Schiele, have continued to provide fertile research ground for Gemma, the latter being a prominent figure in her most recent exhibition Facing the Modern: The Portrait in Vienna in 1900 at the National Gallery, and Egon Schiele: The Radical Nude at the Courtauld. And in helping to reignite interest and discussion around modernist art and culture in the Vienna scene, Gemma has found her own expertise in demand from radio and television as well. Gemma added:

“It is wonderful to be credited with generating new knowledge, interpretations and approaches to the history and study of mental illness, and to have encouraged an international discourse on how society has engaged and continues to engage with those with mental illness.” 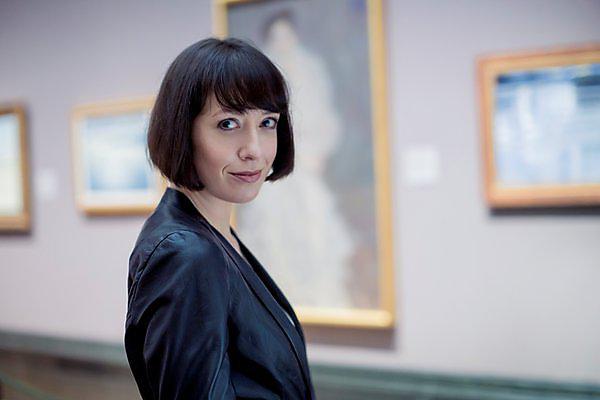 Through exhibitions, literature, film and social media, we’ve been able to reach audiences outside academia, including mental health communities

Plymouth has an amazing network of museums and galleries, which all give you a chance to get experience

Find out about the art history programmes available 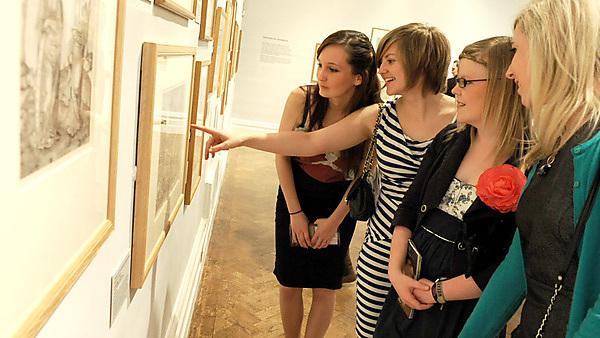