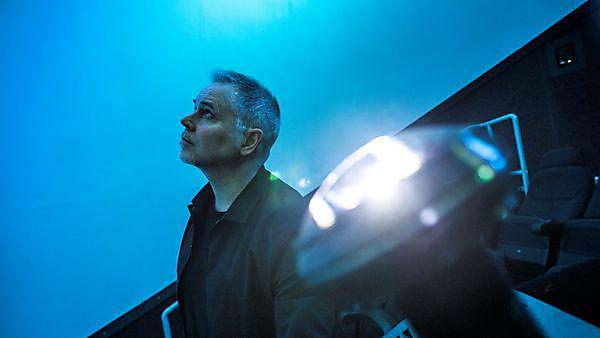 The Immersive Vision Theatre (IVT) is a building of contrasts. Outside, it would appear to be simply one of the smallest permanent structures on campus and a reminder of its former use as a planetarium. But venture within, and you can be transported billions of light years to the far reaches of the observable universe, thanks to cutting-edge imagery and the latest computer software.

The latter means it is a favourite with visitors of all ages, and the IVT is regularly used by school and community groups, and for public performances and conferences. But with recent advances in technology and software, there is now a drive to make more people on campus aware of its potential, encouraging students and researchers to use it more regularly.

“The IVT transcends the gap between the arts and sciences, and its potential is enormous,” says Professor Mike Phillips, Director of i-DAT in the Faculty of Arts and Humanities. “We can enable audiences to fly through the Milky Way, but we also have software through which they can journey deep inside the human body to the microscopic and nano level. Plymouth is one of very few universities to have such a facility at its disposal, and it is something quite special of which we should actually be very proud.”

The IVT was originally founded as the William Day Planetarium, opening its doors in 1967, but was transformed through HEFCE’s Centres for Excellence in Teaching and Learning (CETL) programme. After an internal refurbishment, it was reopened by scientist and broadcaster Adam Hart Davis in 2008, around the same time as its management was taken on by i-DAT.

Once inside, audiences of up to 40 can be exposed to ‘fulldome architecture’ with images generated digitally through a high-resolution projector, fitted with a fisheye lens and connected to customised powerful computers. A ten-speaker audio system completes the immersive experience, also allowing the venue to be used for sophisticated musical performances.

In recent years, its public-facing events have included cutting-edge performances as part of the Peninsula Arts Contemporary Music Festival, while the venue also hosted the inaugural Fulldome UK Festival (now a biennial festival hosted by the National Space Centre in Leicester, with touring shows through Brazil, Russia and European planetaria) and displays as part of the BBC’s Stargazing Live.

We can enable audiences to fly through the Milky Way, but we also have software through which they can journey deep inside the human body to the microscopic and nano level

Professor Mike Phillips, Director of i-DAT in the Faculty of Arts and Humanities. 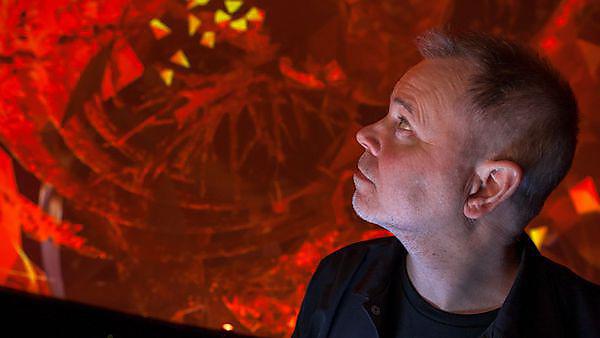 i-DAT and the IVT are also partners in the international EU-funded European Mobile Dome Lab artistic research project, which produced a series of interactive performances shown at the Société des Arts Technologiques in Montreal. And the IVT has also been host to globally renowned researchers including Professor Donna Cox, Director of the Advanced Scientific Visualization Laboratory at the University of Illinois, and Dr David McConville, Chair of the Board of the Buckminster Fuller Institute, both of whom completed PhDs under the banner of the University’s Planetary Collegium, led by Professor Roy Ascott.

But the aim is now to expand that academic offering further, thanks to an exciting array of software being developed by academics and technicians in Plymouth. And the IVT is now being used by students and researchers in subjects as varied as digital art and technology, biosciences, design, dentistry, geology, mathematics and psychology.

Luke Christison, a University graduate and now Associate Lecturer within i-DAT, says: “With industrial support from SCISS and their Uniview programme, using data from NASA and the European Space Agency, we are enhancing students’ learning about everything from particle physics to the geology on the surface of Mars. But conversely, the IVT has also regularly been used by the Plymouth Astronomical Society, and even by local cubs and scouts to earn their astronomy badges.”

“Under the Experiential Learning CETL programme led by Dr Ruth Weaver, the IVT was envisaged as somewhere for students to re-experience field trips and research projects,” Mike adds. “But what we have now created is a Rosetta Stone, a virtual tool that can be used to decode cultural and scientific dialogues. It is something around which many disciplines can decipher their identity in an open and truly transdisciplinary way, and the possibilities for developing its capabilities in the future are both exciting and endless.”