When a group of first year engineering students decided to enter London’s Red Bull Soapbox Race in July 2017, it was an amazing opportunity to put the skills learned on their course to the test.

Previous cohorts had worked with academics at the University to create world record breaking handcycles and human-powered submarines.

But this particular quartet – going under the name of The Dramatic Aquatic – wanted to build something that was not only fast but also eye-catching enough to capture the imagination of millions watching on television across the country.

Four months after their original decision to enter, they ultimately fulfilled their dream, hurtling down the course at London’s Alexandra Palace almost four seconds quicker than any of their rivals.

And while they did not win the overall competition – with judges taking creativity and a 20-second performance into account – they are now reflecting on their mixed fortunes as they prepare to resume their studies.

Harrison, the team leader and driver on race day, said:

“Our goal was always to make something that was fast and competitive and we certainly achieved that. It showed us that we could use our design skills to good effect, and gave us the opportunity to learn new techniques as part of the building process. And although it was disappointing not to finish higher up the overall rankings, it has been a great experience and one that we will learn from for the future.”

Harrison Drayton, Team Captain and driver on the day, said:

Our goal was always to make something that was fast and competitive and we certainly achieved that. It showed us that we could use our design skills to good effect, and gave us the opportunity to learn new techniques as part of the building process

Watch The Dramatic Aquatic's run at the Red Bull Soapbox Race (starts at 1:14:30) 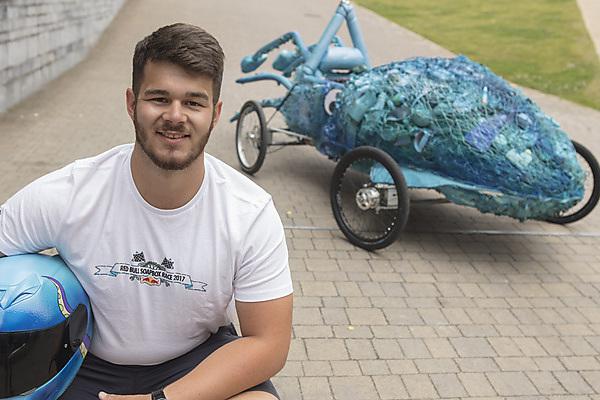 The students’ design comprised a single-seater vehicle which needed to have a frame rigid enough to withstand the course’s many obstacles. But they also wanted it to have an exterior shell which told a story, and decided to create something that would highlight the problem of marine litter, a subject in which the University is leading the way in terms of research and awareness-raising.

Having completed their end of year exams, and seeing their ideas accepted by race officials, the students worked with technicians from the Faculty of Science and Engineering to turn their vision into reality.

They used a lightweight aluminium chassis, repurposed two sets of old skis and car boot struts as the suspension and installed brake and steering systems which they hoped would deliver a safe but speedy run.

To this, they then attached a combination of expanding foam and polystyrene to form the eye-catching squid-shaped shell, using around 150 sticks of glue to secure hundreds of items of plastic rubbish which conveyed the soapbox’s environmental message.

They finished the vehicle with a couple of coats of blue paint, adding the finishing touches in the final minutes before it left Plymouth for its journey to London.

“We always knew it was going to be a race against time to get the soapbox ready after our exams. But it was great to bounce ideas around with the technicians, and learn from their experience of manufacturing something like this. Going into the race we were confident we had built something that would be fast, and were pleased with how it looked, although whether our performance would match up was another thing.”

The day before the race itself, the team were able to look over the track and its obstacles, but also to meet some of their rivals and see the vast array of vehicles they would be up against.

It ranged from some built on a shoestring in domestic garages, to a replica of a Le Mans winning car built by engineers from Aston Martin, as well as topical references, including one vehicle featuring a model of US President Donald Trump.

Many of the teams were making last minute adjustments to their soapboxes, while the Plymouth students spoke about their tactics and decided to try and go flat out, knowing their vehicle should be both sturdy and safe.

Race day saw an early start, as a crowd of around 20,000 poured into the Alexandra Palace venue and the tension among the competitors mounted. The students put the finishing touches to their performance, and as the start time loomed the first soapboxes began to take their places.

“We were able to see the first ten or so go down before we had to join the queue. Some crashed pretty quickly while others broke up on the obstacles, but I was still confident in our plan despite some race officials saying we should consider braking. Before we knew it, we were being called up and our moment in the spotlight had come.”

That moment involved being hurried onto the start stage and straight away going into their performance routine. In fact, it was so rushed that a couple of elements fell by the wayside, which may have contributed to a lower score than many of their rivals. From there, it was straight into the run itself with a hefty push off the start line setting the tone for the fastest soapbox run of the whole competition.

Going past a speed gun on the course, the soapbox registered more than 33mph (4mph faster than any of their rivals) and a finish time of 31 seconds was significantly quicker than anything else. But ultimately, it only resulted in 19th place out of almost 70 teams, as marks for creativity and performance we not as high as they had hoped.

“It was great to be involved in the competition and to hear the crowd cheering as I went down the course was a huge buzz, even if what went before didn’t quite go to plan. As an engineering exercise, we achieved what we wanted and built a soapbox that was super quick. But where we fell down was perhaps the theme didn’t fully register with the London audience or the judges, and if we were to come back again that is something we would have to really look at.” 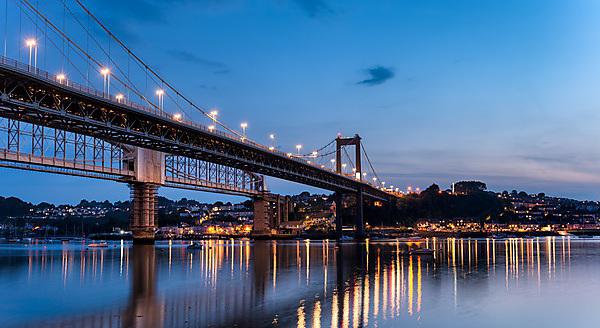