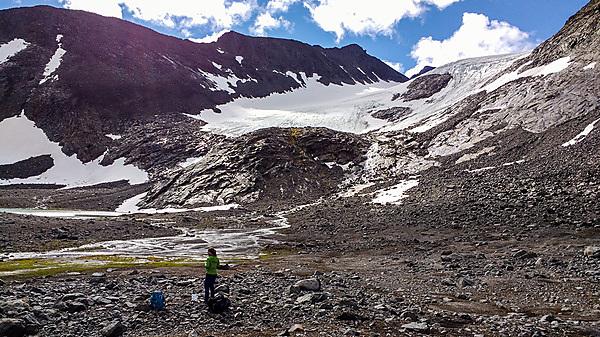 The radioactive memory of glaciers (RadIce): an emerging anthropogenic issue for water and environmental quality

Fallout radionuclides (FRNs) and other anthropogenic contaminants are transported in the atmosphere and subsequently deposited on and stored within glaciers. In response to changes in climate and associated glacier retreat, these contaminants can be released from glaciers into downstream catchments decades after the original source of contamination was active. Furthermore, interaction with an ice surface material called ‘cryoconite’ can lead to accumulation of contaminants, resulting in enhanced and potentially harmful concentrations. Only limited research has been conducted to date on FRNs in glacier catchments; our work aims to fill geographical gaps in knowledge of FRNs in the global cryosphere and collaborate with the wider research community to assess potential impact on the downstream environment and the populations reliant upon glacier-fed waters for drinking water, grazing and irrigation. The RadIce research network has conducted field campaigns across the global cryosphere, including Plymouth-led field campaigns in Sweden and Iceland, with cryoconite and sediment samples collected in these locations analysed for the presence of radioactive materials and heavy metals at the University of Plymouth Consolidated Radio-isotope Facility (CoRIF). The international RadICE network of researchers includes experts in the fields of glaciology, environmental radioactivity and biogeochemistry, and has an aim to build a spatial database for FRNs in glacial environments globally and better understand the physical processes resulting in accumulation of FRNs on glaciers, and their downstream impacts.