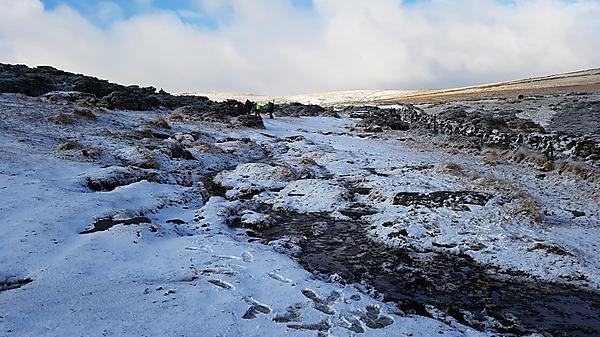 Sphagnum moss peatlands sequester carbon (Yu et al 2010; Turunen et al., 2002), providing a vital climate regulation service, but it is unclear how much of this carbon is drawn-down from the atmosphere and how much is recycled from methane released from anoxic decay in the sub-surface layers (Kip et al., 2010). Submerged mosses may source at least some of their CO2 for photosynthesis from that respired by partly endophytic methanotrophic bacteria (Raghoebarsing et al., 2005; Kip et al, 2010). In this project we investigate the relative importance of recycled methane and atmospheric CO2 in peatland carbon sequestration and thus the ability of rewetted mire systems to sequester carbon from atmospheric CO2, a key ecosystem service.