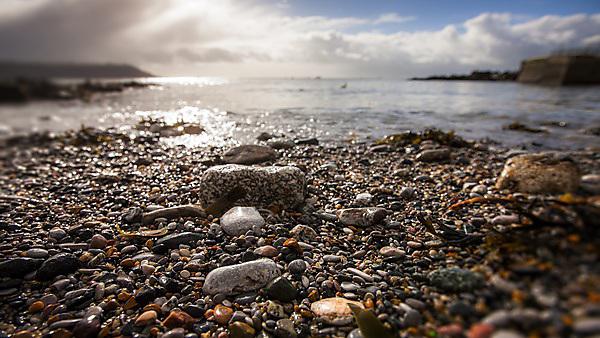 The THESEUS project is one of the largest EU funded project to date (€6,350,000) involving 31 partner institutes from predominantly European countries. The THESEUS consortium brings together expertise in the fields of engineering, ecology, social science and economics, meteorology and climate change and GIS. The aim of the project is to deliver both a low risk coast for human use and healthy coastal habitats for evolving coastal zones. The project started in December 2009 and will last 48 months.

Between 1998 and 2009, Europe suffered over 213 major floods causing 1126 deaths and at least €50.000 billion in insured economic losses (EEA, 2010). These data help us to realize the social and economic importance of flooding. Sea level rise due to climate change is one of the key parameters influencing the probability that flooding will occur. Sea level rise can cause flooding, coastal erosion and the loss of flat and low-lying coastal regions. It increases the likelihood of storm surges, enforces landward intrusion of salt water and endangers coastal ecosystems and wetlands. An additional 1.6 million people living in Europe’s coastal zones could experience coastal flooding by 2080.

The 100km of coast between Plymouth Sound and the Exe Estuary is one of the most diverse coastal settings in Europe. It comprises a spectrum of environments that range from exposed rocky shingle and sandy coasts, cliffs and dunes to sheltered mudflats and saltmarsh, barrier beaches, estuaries protected by spits, and drowned river mouths or ‘rias’. These exist adja­cent to both productive agricultural land and the densely populated, urbanised and industrial zones of Plymouth, Torbay and Exeter. Sea level rise and predictions of increased storminess under climate change also increase the threat of coastal flooding and erosion to the sustainability of key infrastructure. Of particular concern is the main railway link to Plymouth and Cornwall from Exeter. This runs along the S. Devon coastline between a sea wall designed the early 19th century by Isambard Kingdom Brunel, and below soft cliffs prone to slumping.

According to the study of the flooding scenarios, Teignmouth is found to be subject to a tidal flood risk for a return period as low as 1/20 year under the Present sea-level rise scenario. However, the flooding situation is relatively mild as compared with Shaldon and Ringmore. Teignmouth is a small port but its importance lies in the fact that the main railway line runs through it.

Current phase of the project at UoP: Risk mitigation options and tools for defence planning strategies in Teignmouth, UK 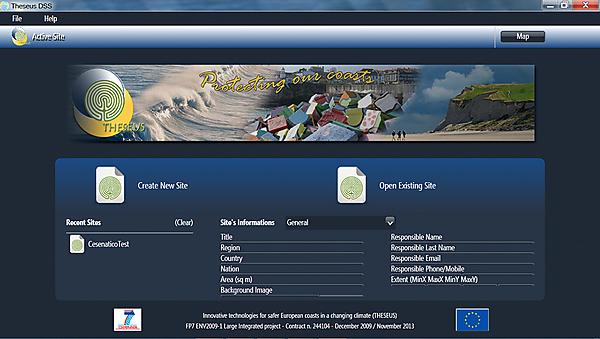 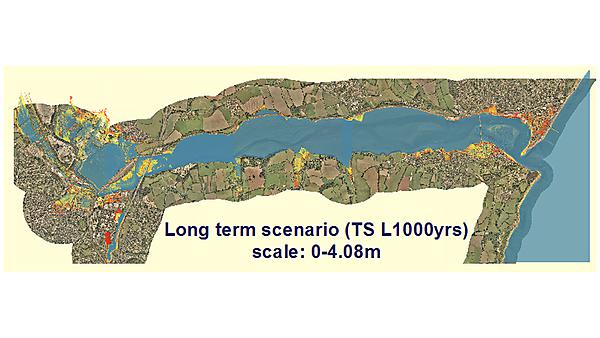