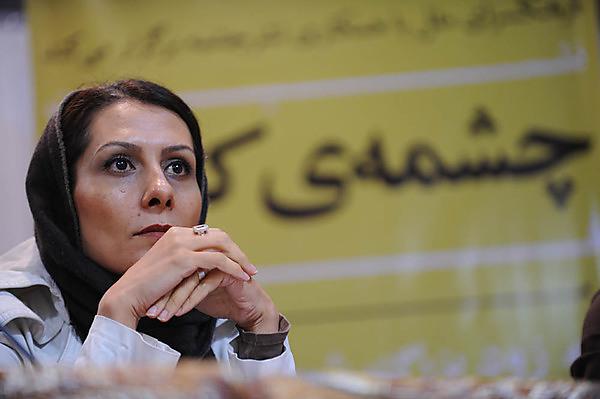 Our language is evolving

We understand that trying to get to grips with the meaning of key phrases in equality legislation and University policies can be confusing.
For various legal reasons and for consistency across departments, the University has adopted a glossary of key terms to ensure that everyone is working to the same definitions.
This is not a fixed list and it will change over time to reflect changes in the language we use. The most recent glossary can always be found on this page.
We aim to be reflect the evolving way we talk about identity and culture and we want to hear from our staff and students on how best to ensure the language we use is inclusive and reflects all identities so please get in touch at equality@plymouth.ac.uk with your feedback on how to evolve this page.
The University of Plymouth has a zero-tolerance attitude to acts of harassment, discrimination, bullying or any other behaviours that threaten to undermine the dignity of others.

The University of Plymouth will act on every report of harassment, discrimination, bullying or behaviours that threaten to undermine someone’s dignity, in the swiftest way possible. Should evidence be found that such an act has occurred, the University will take immediate appropriate action.

We act on all incidents of abuse, harm and hate (outlined below) including biphobia, homophobia, transphobia, racism, anti-semitism, misogyny, islamophobia and ableism. Everyone has the right to bring their whole selves to campus without fear or intimidation.

We always welcome feedback, so please get in touch:

Types of abuse, harm and hate

The University adopts the social model of disability and use Scope’s definitions of ableism and disablism. Both phrases can be used interchangeably and neither is considered wrong. The definition also applies to individuals who are ‘disabled by association’ according to the Equality Act (2010), which means someone who cares for someone with a disability.
'Disablism is discrimination or prejudice against disabled people. Ableism is discrimination in favour of non-disabled people'.
Find out more about Scope

The University adopts the full International Holocaust Remembrance Alliance’s working definition on antisemitism in line with the UK government and recommendations from the United Nations (UN).
The definition states: 'antisemitism is a certain perception of Jews, which may be expressed as hatred toward Jews. Rhetorical and physical manifestations of antisemitism are directed toward Jewish or non-Jewish individuals and/or their property, toward Jewish community institutions and religious facilities'.
Read the full definition

Often identified as intimidating, malicious, offensive or insulting behaviour by one of more individuals. It may involve words, physical actions or general conduct. It can also include abuse or misuse of power.

As a Stonewall Diversity Champion, the University adopts the Stonewall definition of biphobia. The definition states that biphobia is 'the fear or dislike of someone who identifies as bi based on prejudice or negative attitudes, beliefs or views about bi people. Biphobic bullying may be targeted at people who are, or who are perceived to be, bi'.

A form of discrimination. Harassment is often unwanted behaviour based on someone’s protected characteristic, sexual harassment or treating someone less favourably because they reject or submit to sexual harassment.

As defined by Devon and Cornwall Police, a hate crime is 'any crime perceived to have been motivated by hostility or prejudice based on the victim’s actual or perceived personal identity'. This could include their race/ethnicity, disability status, religion/belief, sexual orientation and sex/gender.

As a Stonewall Diversity Champion, the University adopts the Stonewall definition of homophobia. The definition states that homophobia is 'the fear or dislike of someone, based on prejudice or negative attitudes, beliefs or views about lesbian, gay or bi people. Homophobic bullying may be targeted at people who are, or who are perceived to be, lesbian, gay or bi'.

The University adopts the all-party parliamentary group on British Muslims’ definition of Islamophobia in line with UK governmental bodies. The definition states 'Islamophobia is rooted in racism and is a type of racism that targets expressions of Muslimness or perceived Muslimness'.

The definition states 'race can mean your colour, or your nationality (including your citizenship). It can also mean your ethnic or national origins, which may not be the same as your current nationality. Race also covers ethnic and racial groups. This means a group of people who all share the same protected characteristic of ethnicity or race. A racial group can be made up of two or more distinct racial groups, for example black Britons, British Asians, British Sikhs, British Jews, Romany Gypsies and Irish Travellers'.

As a University, we recognise that ‘race’ is a social construct and the problematic nature of the term ‘race’. We only use this term for consistency with other public bodies and in line with Advance HE.

As a Stonewall Diversity Champion, the University adopts the Stonewall definition of transphobia. The definition states that transphobia is 'the fear or dislike of someone based on the fact they are trans, including the denial/refusal to accept their gender identity'.

Terminology used in relation to sexual violence, gender-based violence and sexual misconduct are available in our sexual violence and misconduct policy. Whilst the policy is primarily aimed at students it links to staff disciplinary procedures and the definitions apply to everyone within our University community. Please be aware that some of the words in this document may be triggering for some people.

The University uses the City of Sanctuary definition of an asylum seeker as 'someone who has asked to be recognised as a refugee and is waiting for the government to make a decision. They have made themselves known to the authorities and are part of an on-going legal process'.

A refused asylum seeker is 'someone who has had their claim for asylum turned down because the Home Office has decided that they do not need protection in the UK'.

(See ‘refugee’ in this guide for a definition on refugee status).

BAME stands for Black, Asian and Minority Ethnic. This abbreviation is often used for statistical purposes when the University has to complete statutory returns or analyse our staff and student success.

BIPOC stands for Black, Indigenous and People of Colour and is increasingly used when discussing race and ethnicity. It is considered the most inclusive term to use when discussing race/ethnicity. POC is sometimes also used which stands for 'People of Colour'. Sometimes 'BIPOC + Asian' is used to promote better inclusivity in our language. Whilst 'BIPOC' is not used often in the UK, some members of our University community prefer this term and we support their right to self-determination.

As a University, we recognise that ‘race’ is a social construct and the problematic nature of the terms ‘race’, ‘BAME’, 'BIPOC' and 'POC'. We only use these terms for consistency with other public bodies and in line with Advance HE but we welcome feedback on these phrases.

As a Stonewall Diversity Champion, we adopt the Stonewall definition of 'bi' and 'bisexual'. According to this definition, Bi is an umbrella term used to describe a romantic and/or sexual orientation towards more than one gender. Bi people may describe themselves using one or more of a wide variety of terms, including, but not limited to, bisexual, pan, queer, and some other non-monosexual and non-monoromantic identities.

As a Stonewall Diversity Champion, we adopt the Stonewall definition of 'cisgender' and 'cis'. According to this definition, Cisgender/Cis means "someone whose gender identity is the same as the sex they were assigned at birth. Non-trans is also used by some people."

As a University, we adopt the Advance HE definition of ethnicity and it is important to remember that everyone has an ethnicity and ‘white British’ is an ethnic group. Ethnicity refers to a group of people who have a shared history, a cultural tradition, a common geographical origin and a common language.

Read the full Advance HE definition

As a University, we recognise that ‘race’ is a social construct and the problematic nature of the terms ‘race’ and ‘ethnicity’. We only use these terms for consistency with other public bodies and in line with Advance HE but we welcome feedback on these phrases.

As a Stonewall Diversity Champion, we adopt the Stonewall definition of 'gay'. According to this definition, 'gay' refers to a man who has a romantic and/or sexual orientation towards men. Also a generic term for lesbian and gay sexuality - some women define themselves as gay rather than lesbian. Some non-binary people may also identify with this term.

As a Stonewall Diversity Champion, we adopt the Stonewall definition of 'lesbian'. According to this definition, 'lesbian' refers to a woman who has a romantic and/or sexual orientation towards women. Some non-binary people may also identify with this term.

As a Stonewall Diversity Champion, the University adopts the Stonewall definition for LGBT+. LGBT is an acronym for Lesbian, Gay, Bisexual and Transgender and the ‘+’ symbol recognises other identities which do not fall into these categories such as queer, questioning, non-binary, intersex and gender-fluid.

We recognise that the LGBT+ community is not a single homogeneous group and that the experiences of individuals will be different and only use ‘LGBT+’ for consistency across the HE sector.

The University uses POLAR (the Participation of Local Areas) data in line with guidance from the Office for Students to help identity national areas of socio-economic deprivation.

All postcodes in the UK are divided into five 'quintiles' depending on how many young people in that area go into higher education and this helps the University and Office for Students ensure that students who need support are getting it.

Pronouns are the way in which somebody prefers to be addressed or have their gender referred to in a conversation such as 'she/her' and 'he/him' or some people prefer gender-neutral pronouns such as 'they/them' or 'ze/zir'.

By everyone introducing themselves with their pronouns or including them on email signatures, we help to create a more inclusive campus by not making assumptions of someone's gender identity based on their appearance or name.

The University has adopted the City of Sanctuary definition of refugee. The definition states that a refugee is 'someone who is in need of protection and would be at risk of persecution if they returned home'.

Under international law, the word ‘refugee’ has a very precise meaning: someone who: '…owing to a well-founded fear of being persecuted for reasons of race, religion, nationality, membership of a particular social group or political opinion, is outside the country of their nationality and is unable or, owing to such fear, is unwilling to avail themselves of the protection of that country'.

As a Stonewall Diversity Champion, the University uses the Stonewall definition of ‘trans’. The definition states that ‘trans’ is 'an umbrella term to describe people whose gender is not the same as, or does not sit comfortably with, the sex they were assigned at birth'.

The University follows Advance HE guidelines and uses the term ‘Gypsy/Roma/Traveller’ wherever possible.

The UK government defines ‘Gypsy/Roma/Traveller’ as 'persons of nomadic habit of life whatever their race or origin, including such persons who on grounds only of their own or their family’s or dependants’ educational or health needs or old age have ceased to travel temporarily, but excluding members of an organised group of travelling showpeople or circus people travelling together as such'.

Romany Gypsies and Irish Travellers are recognised in law as distinct ethnic groups and legally protected from discrimination under the Equalities Act 2010.