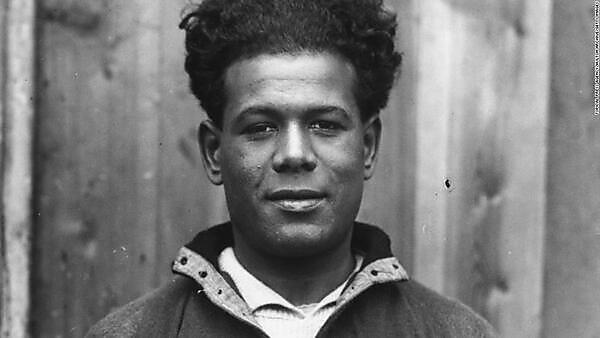 Jack Leslie should have been England’s first black player but when the selectors discovered his heritage, his name would never appear on the team sheet. Jack was an outstanding player who joined Plymouth Argyle in 1921 and scored 137 goals in a long and illustrious career. Not only was Jack an incredible player for his club, but his is also a story of great historical significance and one that sadly still resonates as racist incidents in football and in wider society continue to this day.
The Jack Leslie Campaign aims to celebrate Jack's legacy not only with a dedicated statue at Plymouth Arygle but with continued education through projects across the city addressing continued racism in football today. The University is a proud sponsor of The Jack Leslie Campaign.

England came knocking –
but then the door slammed shut

Jack Leslie should have been England’s first black player but when the selectors discovered his heritage, his name would never appear on the team sheet. Jack was an outstanding player who joined Plymouth Argyle from Barking in 1921 and scored 137 goals in a long and illustrious career which ended in 1934.
Jack was the inside left who made and scored goals, he was feared by opponents and adored by Plymouth Argyle fans. Jack had many achievements as a 'Plymouth Pilgrim'; scoring 137 goals in 401 appearances, winning promotion, being appointed club captain and noted as being of international class in the national press at the time of his selection. On 6 October 1925 Jack was selected as a reserve for the England team and his name was printed in several national newspapers. This was a massive honour, one that could and should have led to greater things for such an exciting young player and the start of his international career. However, on 19 October The Athletic News reported on the England team and Leslie's name had disappeared from the team list, replaced by a white player.
After Jack's deselection, the controversy was reported on both locally and nationally, with many newspapers alluding to his deselection being down to the colour of his skin even though this has never been officially confirmed. There is no doubt that Jack Leslie was named in the England side in October 1925 and he had the ability and versatility needed for his place as a reserve in the England team. There is no footballing reason for his deselection and Jack’s testimony and character alongside the curious comments surrounding the case make it clear that his skin colour was the issue. It was unspoken, awkward, systemic racism.
When Viv Anderson finally made that breakthrough as the first black player to win a full England cap in 1978, The Daily Mail interviewed Leslie who was then working in the West Ham boot room. He told how his manager, Bob Jack, called him into his office to tell him that he’d been picked for England:

“Everybody in the club knew about it. The town was full of it. All them days ago it was quite a thing for a little club like Plymouth to have a man called up for England. I was proud — but then I was proud just to be a paid footballer.”

Jack clearly had no one he could discuss this with. Who could he talk to and how could he possibly raise an objection as the only black professional in England at the time?

“Then all of a sudden everyone stopped talking about it. Sort of went dead quiet. Didn’t look me in the eye. I didn’t ask outright. I could see by their faces it was awkward. But I did hear, roundabout like, that the FA had come to have another look at me. Not at me football but at me face. They asked, and found they’d made a ricket. Found out about me Daddy, and that was it. There was a bit of an uproar in the papers. Folks in the town were very upset. No one ever told me official-like, but that had to be the reason, me Mum was English but me Daddy was black as the Ace of Spades. There wasn’t any other reason for taking my cap away.”

Despite this disappointment, Jack expressed no bitterness and life went on with Plymouth continuing to ride high in the League, vying with Reading for the coveted promotion slot and was made Plymouth's Club Captain in 1932 making him the first black footballer to become club captain in the Football League. However, following an eye injury in 1933 struggled to return to his previous form and by 1938 Jack, his wife Lavinia and their family returned to London and Jack went on to train Barking Town FC. Jack and Lavinia lived their later years in Gravesend where Lavinia died on 10 April 1988 followed seven months later on 25 November by Jack at the age of 88.
When we talk of modern racism, we often talk about equality of opportunity and levelling the playing field. The chance to be a part of the England set-up, once denied, spelt the end of opportunity and at that moment in October 1925, the gates to an international career effectively slammed shut on Jack Leslie. A consistent player for more than a decade, he would have been in the running for selection in many more games, but Jack was never spoken of in connection to the national team again.
The national press said it, and he said it. Jack Leslie should have been the first black footballer to play for England.
Biography adapted from jackleslie.co.uk 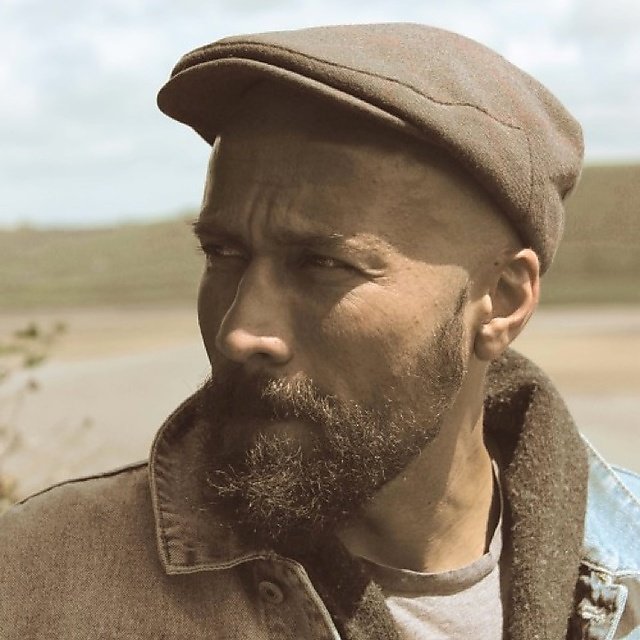 Memory, place and decolonisation: discovering through writing what it means to remember with Dr Arun Sood 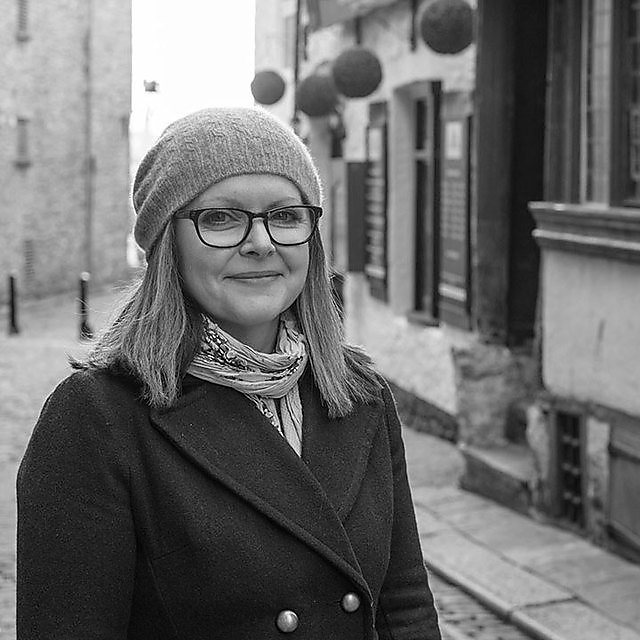 Reconsidering the Mayflower 400 years later: our assumptions about the Mayflower's voyage and its consequences 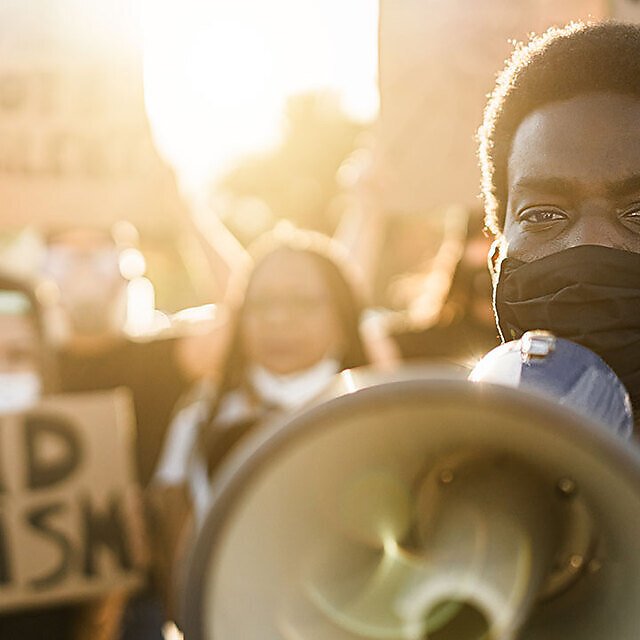 Tackling racism at the University of Plymouth: our commitment to being anti-racist in our practices and policies 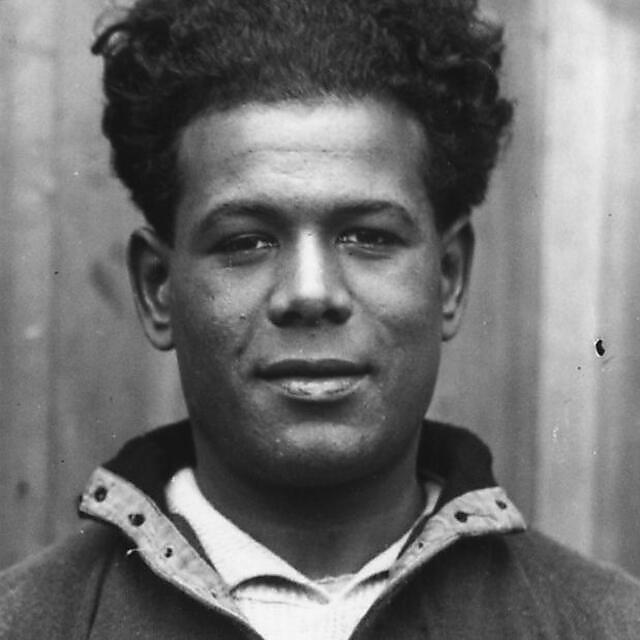 The Ballad of Jack Leslie: listen to the storytelling song which inspired the Jack Leslie Campaign, written by Matt Tiller.

A cornerstone of the Jack Leslie campaign is the design and unveiling of a statue dedicated to Jack Leslie at Plymouth Argyle’s Home Park and the University is delighted to be a financial sponsor of the statue.
Work on the artwork itself is now progressing apace with renowned sculptor Andy Edwards, crafting the clay maquette (a scale model) to finesse Jack Leslie’s pose. Edwards, the artist behind many such projects, including the Clough-Taylor monument at Derby County FC and the Beatles statue in Liverpool, was appointed after an exhaustive selection process earlier this year. He said,

“As a football fan, the last few months of research have been hugely rewarding. I’ve enjoyed listening to many enthusiastic and informed Plymouth Argyle fans, had insightful conversations with former players and had the privilege of guidance and encouragement from Jack’s family. I’ve tried to put all of this into a new scale model design from which the statue will begin being enlarged very soon. Without wanting to give too much away, the new design portrays an iconic legend at his peak, when his goalscoring prowess was first being noticed by the press nationally. Fans can look forward to an installation that features many other elements to illustrate the story and recognises the many, many contributions that have made this new unique landmark monument possible.”

Garry McBride of Monumental Icons is leading on project delivery, planning the landscaping that will surround the work and dealing with logistics. With Garry’s expertise, the Campaign has identified a preferred location that Plymouth Argyle also supports. It would provide maximum exposure to the statue for supporters, Park and Ride users and park users. Subject to discussions with the local authority, we hope to confirm the location in January 2022. Campaign co-founder, Matt Tiller, said,

“All involved in the Campaign want the most public-facing location outside Home Park as possible. We hope Argyle fans, away supporters and passers-by alike, will stop and not only admire this celebration of Jack as a player, but also consider the injustice that befell him in 1925.”

Jack Leslie’s family has been involved throughout, particularly his three granddaughters Lyn, Gill and Lesley who said,

“We are so proud to see our grandad’s life recognised, celebrated and also used as an educational tool in the fight against racism. We were finally able to meet members of the Campaign and the sculptor, Andy Edwards, in person recently. Now, the whole family is excited to see the statue coming together.”

The Jack Leslie Statue was unveiled on Friday 7 October 2022 at Home Park in Plymouth. The statue now stands open for all to see. The statue depicts Jack Leslie celebrating a goal in a dynamic stance with his arms outstretched. The footballer scored an impressive 137 goals for Plymouth Argyle in his time at the team.
The unveiling received a positive reception, Matt Tiller, one of the Jack Leslie campaign co-founders said: “To see Jack come home to Plymouth Argyle is just incredible.” Jack Leslie’s granddaughters were in attendance, with one of them stating: “The whole situation is like a dream, we have to keep pinching ourselves to make sure it really is happening and to actually see the statue there… at long last Grandad is getting the recognition he deserved.”
As a result of the positive feedback, there will be ‘statue talks’ before some of the home games in 2023 to talk about Jack Leslie and his story

This page will be updated as work on the Jack Leslie Campaign progresses.

You can also visit www.jackleslie.co.uk for the latest campaign updates, learning resources and more information about Jack's incredible life.