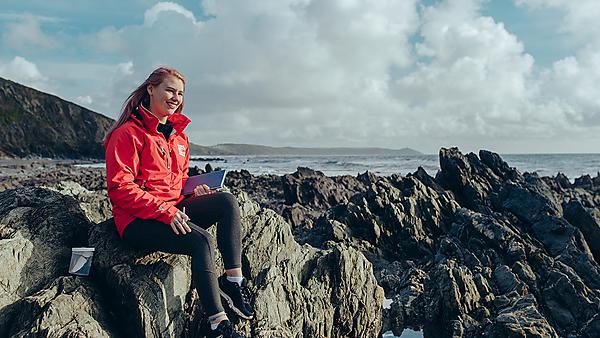 I’m South African, born in Johannesburg, and I’ve moved around a lot. Yo-yoing between England and South Africa several times while growing up, I eventually ended up living in Dorset with my mother, brother and step-father.

When the time came to consider university study, my starting point was to search broadly for ocean science or marine biology courses and nearby Plymouth struck me as the best option to look into. The city is close enough to the rest of the family to be within comfortable visiting distance, but still far enough away to feel like I have my own space and independence.

Being so used to drifting between continents from an early age and making new friends, and quite simply, being able to deal with the logistics of moving my stuff, I knew I’d be able to take relocation and moving away to university in my stride. 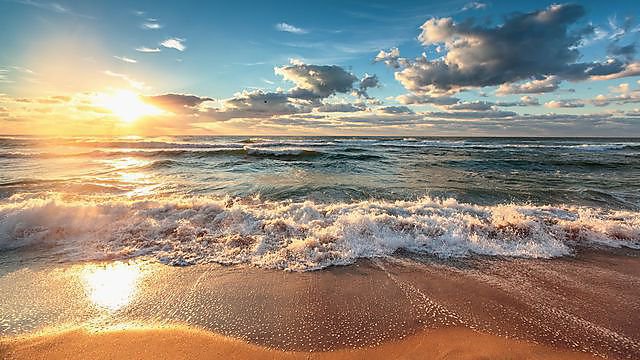 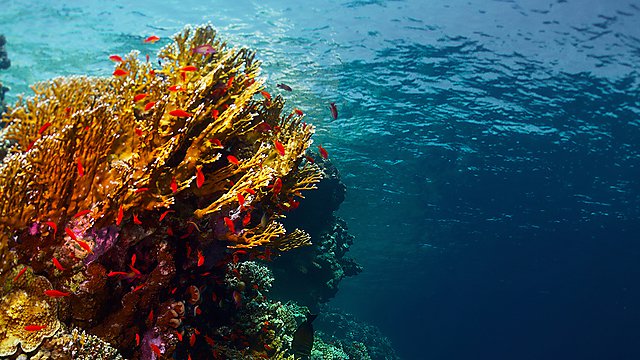 I didn’t even know my course existed

My route to application was fairly conventional but my journey to applying for BSc (Hons) Ocean Science and Marine Conservation was one of discovery – I didn’t even know this course title existed until I found it at the University of Plymouth. The starting point for me was to look at marine biology because it was the only marine course I had heard of but I recognised early on that it wasn’t quite ‘me’ and didn’t fit my particular interests.

Given the short amount of time there is to settle on courses to apply for, I’d be lying if I said that I didn’t find it stressful. I didn’t feel like I could look for courses too early in school because I wanted to develop my taste for academia and find out where my strengths lie. I was very aware of the fact that I was making a commitment to the next three years of my life and was very keen to choose the right course.

Even though there was a time where I considered medicine as a study route, it didn’t take me long to realise that I preferred the idea of looking after fish than humans. I was more captivated by the vastness of the oceans and their processes than the anatomical and biological study of marine life (which a marine biology degree would focus on), so I knew that my academic thirst would be quenched by an ocean science degree.

Glimpse into the future lifestyle

I went to several open days but I definitely fell in love with the ‘feeling’ that Plymouth gave me. Being such an avid mover, I wanted somewhere homely where I’d feel happy and comfortable to not leaving me feel like I wanted to be back home every three weeks.

I made the most of the experience by trekking into the city, to the waterfront, ending up at the University’s Marine Station facility, not too far from the National Marine Aquarium. I think we underestimated how long it would take to look around but I am really glad we spent this time getting to know the city. 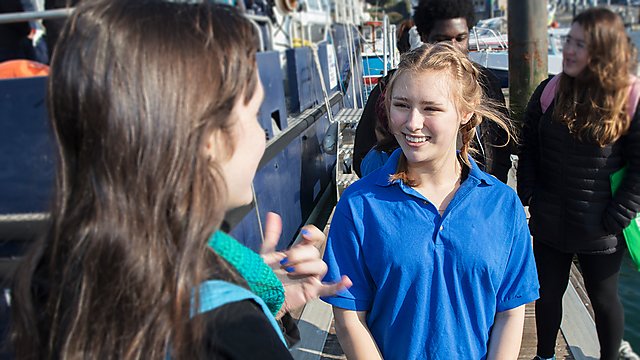 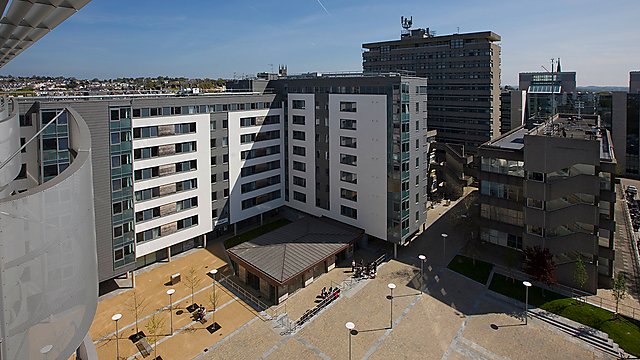 Rolling out of bed into the lecture theatre

In my first year I was in Mary Newman halls, which is slap-bang in the middle of campus. You could practically roll out of bed into the lecture theatre – it was the best. In fact, I now live on my own studio flat which is just on the periphery of campus – I really couldn’t bring myself to move any further away from campus because I’m one of those people who is always late…for everything.

One extreme to the other

I used to be one of ten living in halls during the first year and now I’m on my own so that’s been something to get used to. I would always suggest for first-year students to stay in University-managed halls because it is such a unique experience that you may not be able to replicate in subsequent years studying, where you might want to live with a small number of your closest established friends, or when you’re more confident to go and do your own thing.

I do really love living by myself but I have to say, I do quite miss having the camaraderie with friends that I had in my first year. I’ve learnt quite quickly that I am not much of an extrovert and have found quite a lot of comfort in being with myself and my own thoughts – a healthy thing to learn at university.

I was living with budding dentists, medics, environmental scientists and biologists. Being the only ocean scientist I think they all found me very different and interesting. Being able to have intellectual discussions with other passionate students was very comforting and immensely liberating.

In a strange way, sharing random late-night conversations with dentists about strange marine worms that live in fish’s mouths and eat their tongues to survive helped me to cement my newly-discovered knowledge early on. 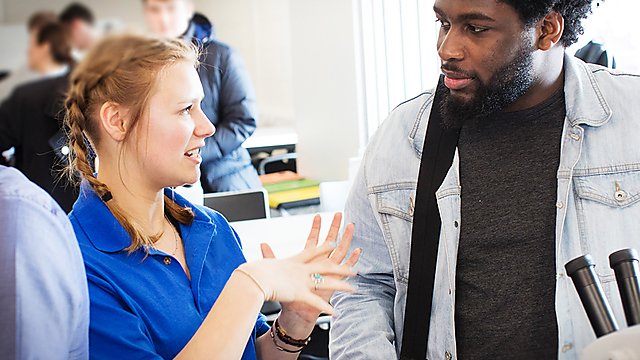 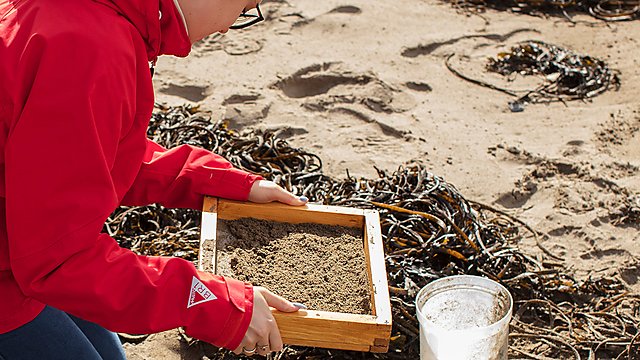 What stands out to me about my first year experience is that I dived straight into the study, knowing that I had to work quite intensely in order to overcome my own personal feelings of stress – I’m a bit of a worrier.

Even though I currently have one eye on the pressures of year three, I think that this first-year grounding has helped me to feel a more battle-hardened to the way things work at university and I have definitely found better ways to achieve a healthy work-life equilibrium.

For a year and a half on my course you don’t need to worry about picking anything – you get to cover a broad range of themes and gradually learn where your interests lie. Even though you might have an idea about what you like and don’t like, it is so beneficial to be pushed out of your comfort zone and learn new things.

Your A levels don’t really help you to know whether you’ll be more interested in marine life and marine policy, coastal sediment or surveying the sea bed.

By year two you’ll definitely feel that you’re in the right place. 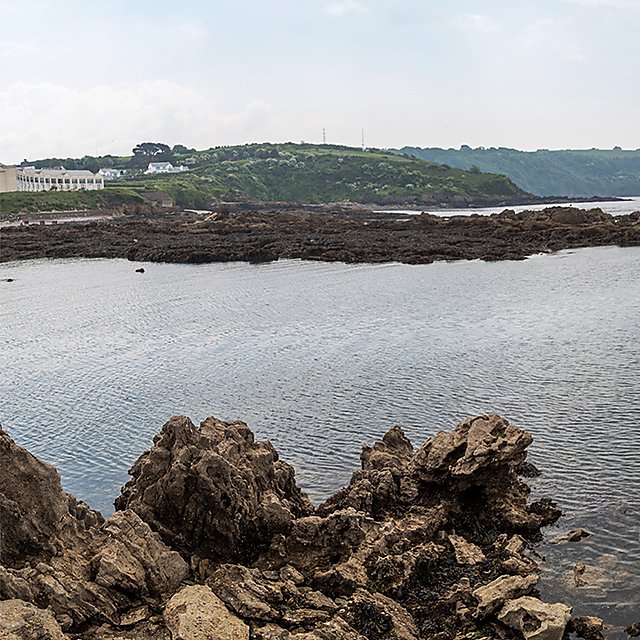 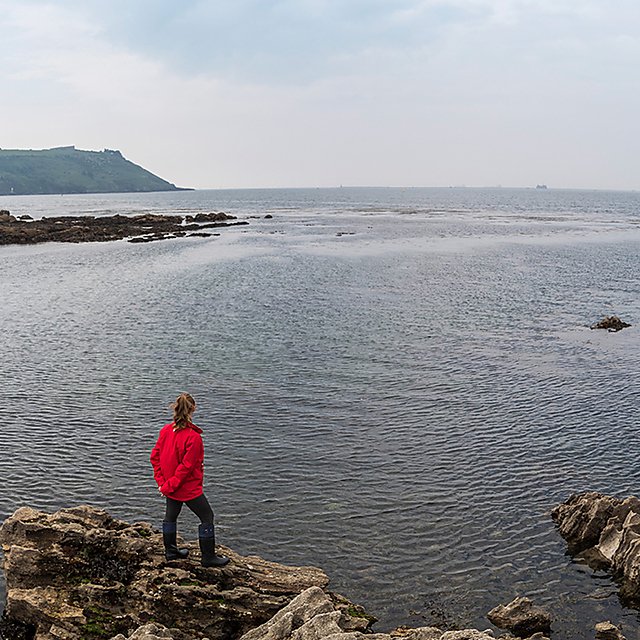 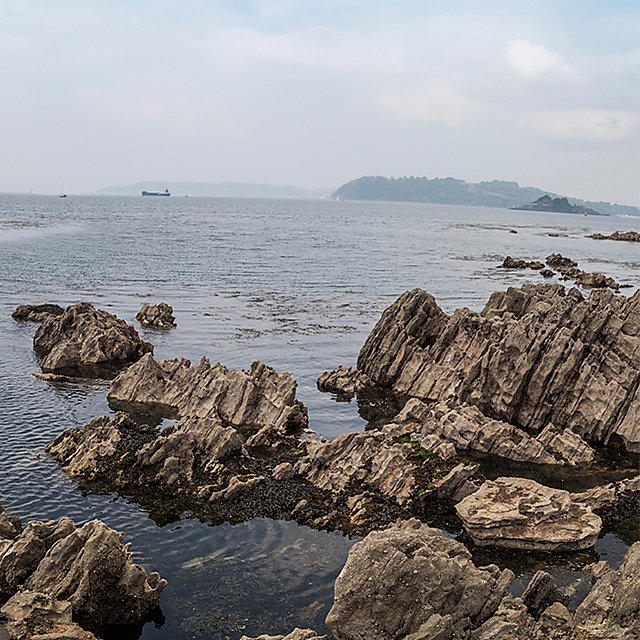 The course module structure gives us some quite intense cycles where we might go from a week of solid data collection work on boats, to more intense periods of information absorption through informative lectures and independent study.

This cyclical approach feels like the most balanced way to learn. Despite the challenge of absorbing a lot of information we regularly see the real-world contextual relevance of the things that we learn about in lectures through engaging fieldwork study opportunities.

A lot of our reports are done in local areas because we are so lucky to study in such a biodiverse marine environment. My study locations have included the River Tamar estuary (a UNESCO World Heritage Site), Plymouth Sound and Bovisand Bay.

Through the modules I have chosen, I manage to go out about once a month for raw data collection ventures – we are very fortunate to have our own impressive fleet of boats that we can use.

Not only do we regularly profit from our local surroundings, but we also get some great study trip opportunities in the third year – the Bahamas and the Isles of Scilly. 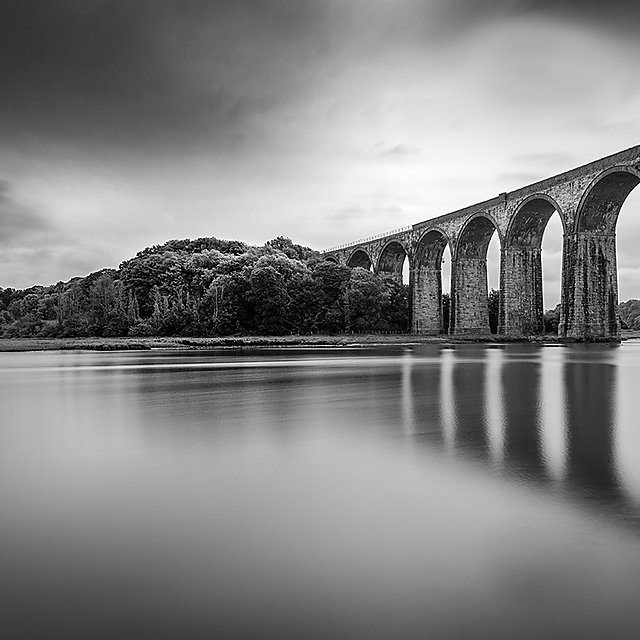 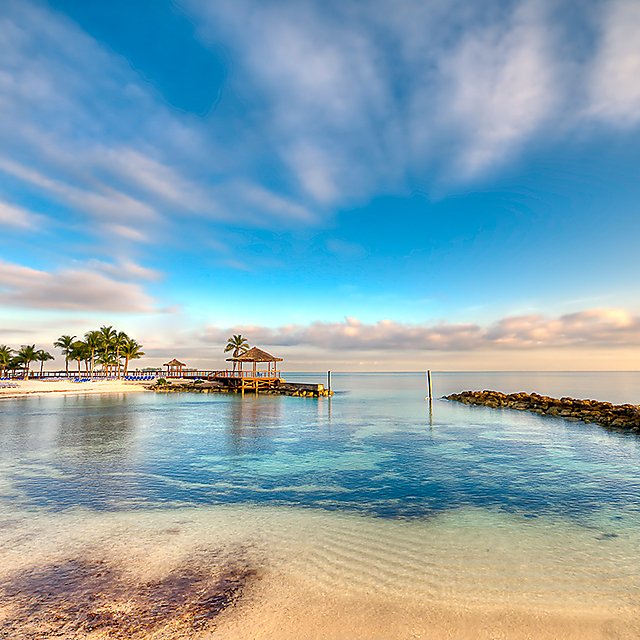 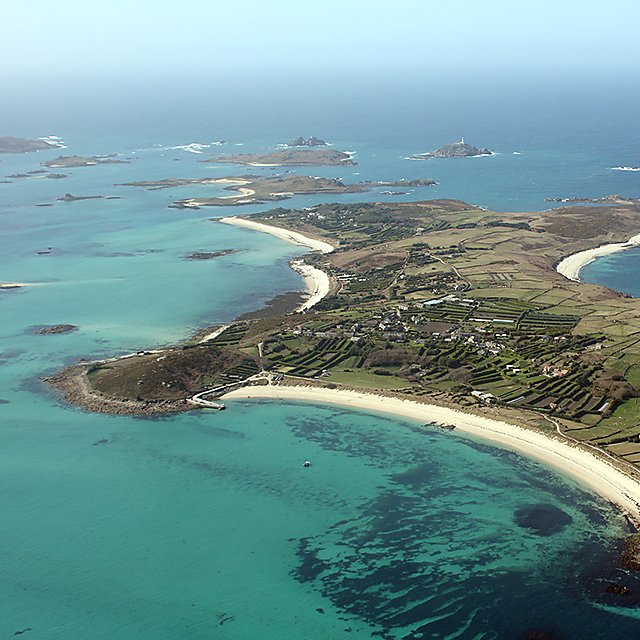 The equipment that we are able to use is incredible. It is state of the art and is so valuable – one of the wires on the boat is worth £1,000 alone. We were let loose on this equipment in the first week of our course and trusted from the start. As cool as it is, it terrifies and stresses me out that I could break or damage thousands of pounds’ worth of equipment.

At the tailor-made Marine Station facility, we have purpose-built wet labs – we can collect living samples from Plymouth Sound and bring them back to the tanks in the lab, which restores and maintains perfect conditions for study. 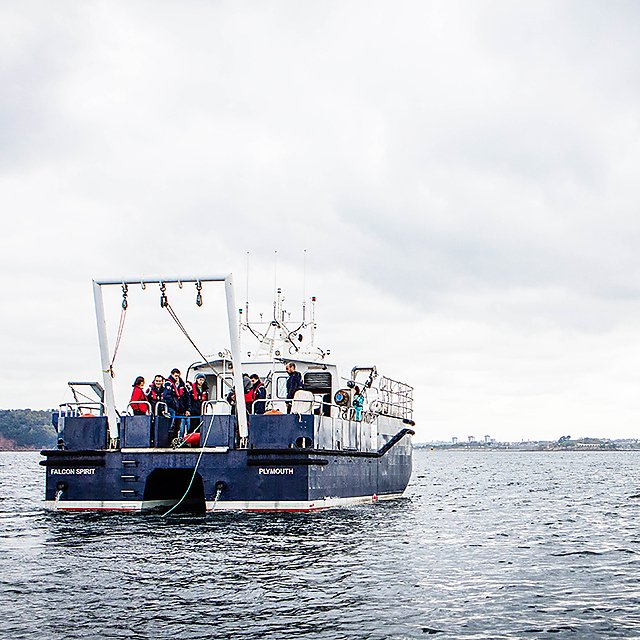 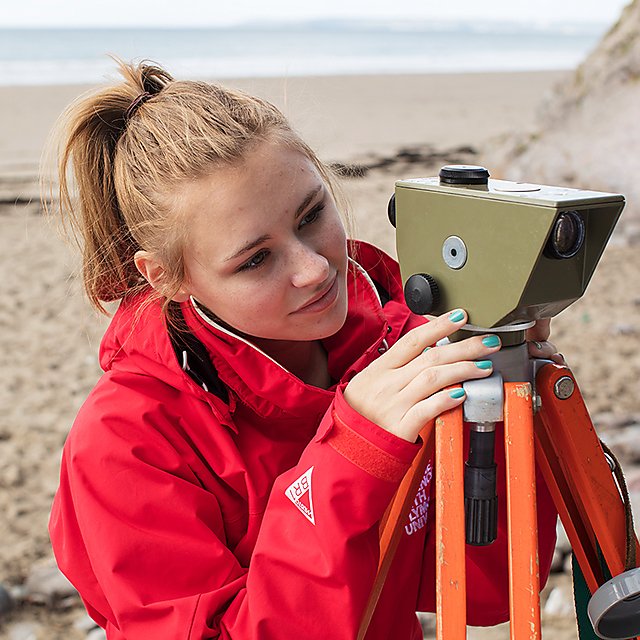 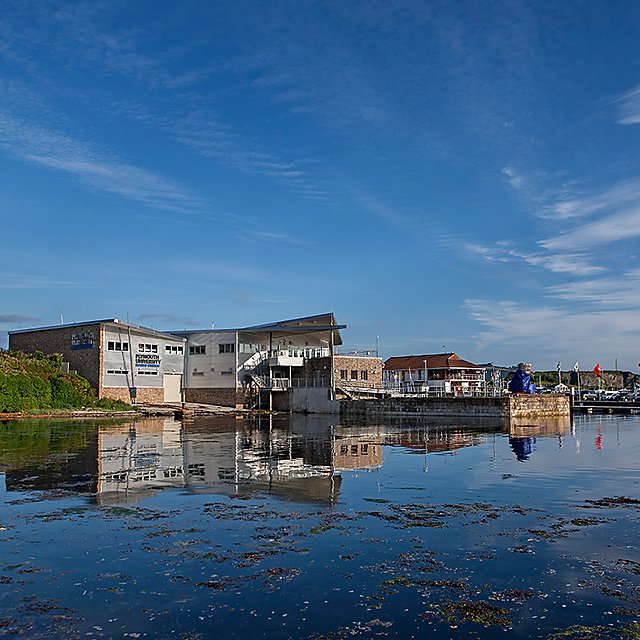 Embracing the role of educator

My favourite experience so far was an optional collaborative project in year one that brought together different students from different marine disciplines. The aim of the project was to study a particular marine topic and then create an educational prop to improve understanding of the ocean. Our aim was to illuminate the enigmatic nature of the sea through an educational board game – aptly named ‘Sea-nigma’.

Witnessing the merits of being able to broaden understanding of marine topics and realising how much I enjoyed this responsibility has played a monumental part in where I now see my career trajectory.

Shedding light on life as an ocean scientist

This new-found passion has influenced me to set up my own vlogs on a YouTube channel where I hope to educate, normalise and present the authentic reality of the life of an ocean scientist. There is this romantic stereotype attached to being an ocean-saver but it’s not all saving turtles in the Caribbean – there are more accessible ways that we as ocean scientists can make a big difference. I believe that educating a wider audience and promoting the work of ocean scientists through multimedia is one of them. 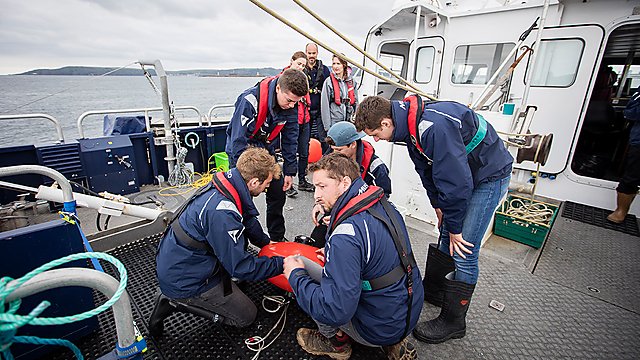 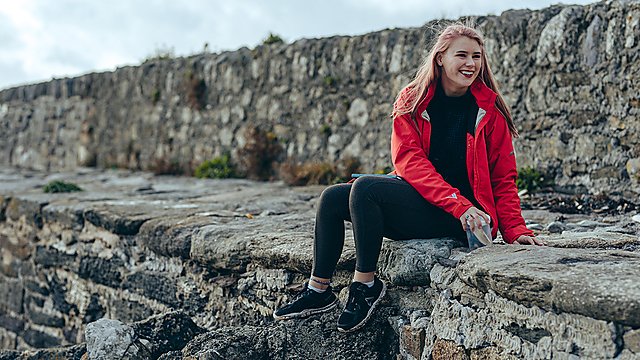 Change has played a big part in my life, and I think that having built up a steely resilience to change, it has helped me to move forward and adapt at university – I haven’t felt too dependent on preserving friendship groups or always being with the same people. It’s made things more manageable if I decided to phase out my involvement with a sport or think about different living arrangements for a new year on the course.

I signed up to hockey during the Freshers’ Week sports fair. I’d played hockey previously at school so I was happy to seize the opportunity to revisit a sport I love, having felt a sense of losing momentum with the sport due to intense exam periods at school.

Over time I felt my sporting allegiance sway more towards more solitary sporting activities that are a bit easier to facilitate, and focused solely on being in the gym and keeping fit that way. I find that much less restrictive with timetables – with a team sport you’re having to ensure that everyone’s timetables are aligned. It sounds sad, but suits my study schedule to be alone!

I don’t think I’m the only ocean-studier to have an interest in water-sports. I used to do quite a lot of wakeboarding and I like to surf – I really wish I had more time at the moment to make the most of some of the surf opportunities in Cornwall because they really are fantastic. I like swimming as well. It’s just a little bit unfortunate that even though the locations are accessible, the activities themselves just aren’t as easy as nipping to the gym!

My ideal job is to work in media – having a multimedia platform that will help me to educate and inspire wider audiences in an Attenborough-esque fashion. We’re living in an age of aggressive media consumption so I definitely feel that there is a culture to tap into.

It’s a romantic aspiration but already at University I’ve been able to seize a number of opportunities that have arisen, whether it’s getting involved with photoshoots or filming video content while undertaking fieldwork. These small experiences are giving me a small window into how media can serve as a platform to engage an audience with an academic subject that tackles some of the most important globally-relevant issues today. 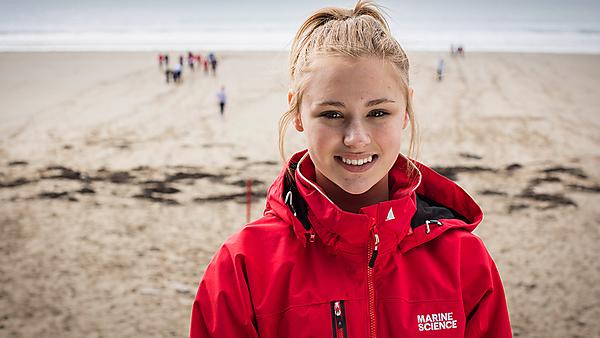