“To anyone wanting to start their own business I would say that your idea doesn’t have to be unique, you just need to do it better than anyone else.”

After I graduated I decided to go travelling, something which I hadn’t done after leaving school. I felt that it was the right time as I didn’t have any commitments. Then, after returning from travelling, I applied for the M&S graduate management scheme. Unfortunately this was right at the end of 2008 when the financial crisis was unfolding and the scheme was suspended. Instead, I worked as a shop assistant and learnt that customer service can be a very important USP for a company.

I left M&S after a year and decided to set up my own online business selling office chairs and furniture with a focus on offering the best customer service in the industry along with quality products. This was related to what my father did as he fitted out offices around the Bristol area. I drew up a business plan, managed to get some initial funding from an Angel investor and went from there! Rainbow Zebra is almost five years old now, and the challenge for the future is to build the brand and expand the reach of the business.

Trying to balance the seemingly endless list of tasks on the ‘to do’ list, especially during the initial stages of starting the business. This has become slightly easier as time has gone on but it is still sometimes a challenge!

I would ensure that I had sufficient knowledge in areas of out sourcing before committing to them, thus ensuring I wasn't getting ripped off. This happened in the first year of business when I was struggling to understand advertising on Google. They were expensive and were not producing any better results. I decided to teach myself how it worked and I've been managing it in house ever since.

To anyone wanting to start their own business I would say that your idea doesn't have to be unique, you just need to do it better than anyone else. Also, having access to a mentor has proved invaluable so if you get the opportunity to work with people that can offer advice and comments then take it!

Plymouth gave me the basis of knowledge on which to build. This helped me a lot when I started on my own. The modules in the BA (Hons) Business Studies course were well structured and the link between each was clear when applying it to ‘real world’ situations.

The lectures by Gordon Smith, who was very enthusiastic and would get straight to the point without any waffle!

For more information about our range of courses within the Plymouth Business School please visit the school page. 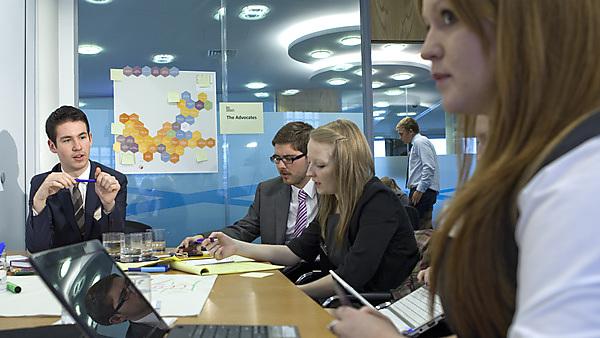