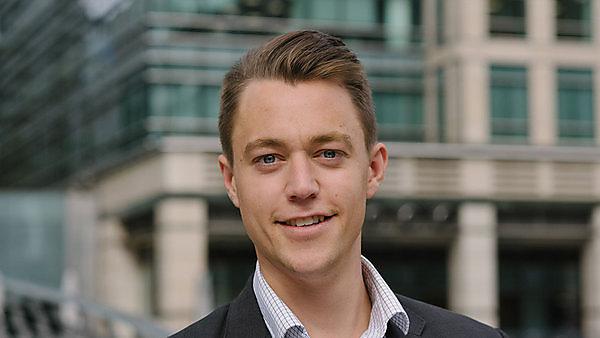 Dominic went straight into a graduate scheme after graduation, before deciding to work for a start-up as a sales executive and then moving to a SME (small and medium-sized enterprise) based in Canary Wharf.

I started on the Lidl Area Manager graduate scheme in August, 2015, after completing my degree in May of the same year. The scheme is a fast-track retail management graduate scheme which looks to progress you through the management ranks over a period of six months, after which you take charge of five stores.

I then moved into a sales role based in Holborn, London, for a tech-start-up. As one of the first sales executives brought into the company, I was tasked with the daily challenge of building the business from the ground up through the development of key accounts.

I’ve now been with a company called The Security Group based in Canary Wharf for 18 months. We are a unified security solutions provider, meaning we work with organisations to better protect their assets, from both a physical and technical perspective. I am the Commercial Manager for the business, so I look after all Marketing Communications, Account Management and New Business opportunities. I have 2 direct reports in my team and it’s an exciting time to be part of the company.

After three months on the Lidl Graduate scheme, I decided this career path wasn’t for me. Although rewarding (from both a financial and experience perspective), the scheme was very intense and the day-to-day tasks were not particularly interesting. I realised that I wanted to go into a career in which my degree in marketing would have some credibility. I had an interest in sales after my placement (Marketing Coordinator at Kimberly-Clark) introduced me to this area of business. I was offered a sales role with a web-based start-up in Holborn. I really enjoyed the start-up environment and felt that in B2B Sales, I had found my place within business.

This led me to The Security Group and being responsible for the company’s Sales and Marketing department.

The decision to leave Lidl was the most difficult decision I’ve made so far. Leaving a financially rewarding job, with a company car, isn’t easy for a graduate with a large overdraft! But I knew deep down that the decision came down to more than just financial reparation.

The most exciting part of my career is having the opportunity to travel abroad.

I was one of the first interns to be able to travel abroad with Kimberly-Clark. I was lucky enough to spend a week in Berlin, a few days in Copenhagen, and a night in Amsterdam! I would highly recommend a placement to anyone who is an undergraduate as it gives you a huge advantage when looking for graduate roles.

I’ve continued the travel in my current role, travelling to Paris on two occasions this year and Budapest once.

If you want to go into sales then you need a lot of confidence (and you need to be able to handle regular rejection!), an ability to present yourself well, and ultimately something about you that makes you different. There are a lot of people trying to do the same thing as you, so find the angle that makes you appealing. Not just for a job, but to the client base that you’ll be serving too! Bring a pen to every interview; and if you have the time, a short presentation on your skills, and how they fit with the company you’re interviewing for is always a great way to make a first impression! So far I’ve had a 100% hit-rate with that

Studying at Plymouth gave me a great base from which to launch my career. It gave me the tools I needed to develop and succeed.

Yes, my placement was with Kimberly-Clark (Kleenex, Huggies, Andrex, etc.) as a marketing co-ordinator based in the UK Head Office in Kings Hill, Kent. It provided me with the opportunity to work with a range of multi-national brands on a daily basis. It also gave me plenty to talk about in interviews! When presented with aptitude/behavioural based interview questions it’s so important to have a range of examples, rather than just citing the same old rhetoric, ‘at university I was involved in a group project…’ as these answers just send the interviewer to sleep!

Nights out in Bang Bang, definitely (not sure it’s even called that anymore, feeling very old now!). But a more professional answer is probably, the noise of seagulls when walking around the campus. I really miss that!

Yes, I would recommend Plymouth whole-heartedly. It’s a great place to live and study. There’s always something going on and the even though it’s a big University, when you get to your final year you feel like you know everyone!