Realise your artistic potential. Guided by practising artists, you’ll develop creative approaches to making artwork, through opportunities to explore different techniques and technologies in dedicated fine art studios and specialist workshops. You will expand your art practice through a vibrant mix of studio work, and creative and critical thinking, which will deepen your understanding and refine your skills, to enable you to contribute to the expanding field of contemporary fine art.

With excellent international links offering opportunities to travel and flexible placements, you’ll have everything you need to practice independently as an artist beyond graduation. Graduates in fine art find employment in a diverse range of careers, from practicing artists to art education, working in art galleries to art therapy. We’ll help you fulfil your career aspirations and train for your future.

“With art and exhibitions, apply to anything that’s free, search for something to take part in at least weekly, and keep a circle of creative friends. I took part in an exciting exhibition called DIY in a warehouse with other artists from around the country. It was a month long creation period then a two week exhibition. It was great fun."

Read more from Adam in his case study.

Every undergraduate taught course has a detailed programme specification document describing the course aims, the course structure, the teaching and learning methods, the learning outcomes and the rules of assessment.

The following programme specification represents the latest course structure and may be subject to change:

The modules shown for this course are those currently being studied by our students, or are proposed new modules. Please note that programme structures and individual modules are subject to amendment from time to time as part of the University’s curriculum enrichment programme and in line with changes in the University’s policies and requirements.

A level
A minimum of 2 A levels, General Studies accepted.

BTEC National Diploma modules
If you hold a BTEC qualification it is vital that you provide our Admissions team with details of the exact modules you have studied as part of the BTEC. Without this information we may be unable to process your application quickly and you could experience significant delays in the progress of your application to study with us. Please explicitly state the full list of modules within your qualification at the time of application.

All access courses
Pass a named Access to Higher Education Diploma (preferably art and design or combined), with at least 33 credits at merit and/or distinction.

We welcome applicants with international qualifications. To view other accepted qualifications please refer to our tariff glossary.

A portfolio presentation is a requirement for entry onto this course.

EU applicants should refer to our dedicated Brexit webpage for details of the implications of the UK’s plans to leave the European Union.

Full time fees shown are per annum. Part time fees shown are per 10 credits. Please note that fees are reviewed on an annual basis. Fees and the conditions that apply to them shown in the prospectus are correct at the time of going to print. Fees shown on the web are the most up to date but are still subject to change in exceptional circumstances.

All applications for undergraduate courses are made through UCAS (Universities and Colleges Admissions Service).

UCAS will ask for the information contained in the box at the top of this course page including the UCAS course code and the institution code.

To apply for this course and for more information about submitting an application including application deadline dates, please visit the UCAS website.
Support is also available to overseas students applying to the University from our International Office via our how to apply webpage or email international-admissions@plymouth.ac.uk.
o

A portfolio is a collection of pieces of work that give us an insight into you as an artist. Your portfolio tells us a lot about about how you think and work as a practising artist. We've compiled some helpful tips, portfolio advice and ways to avoid unnecessary stress before you meet with us. 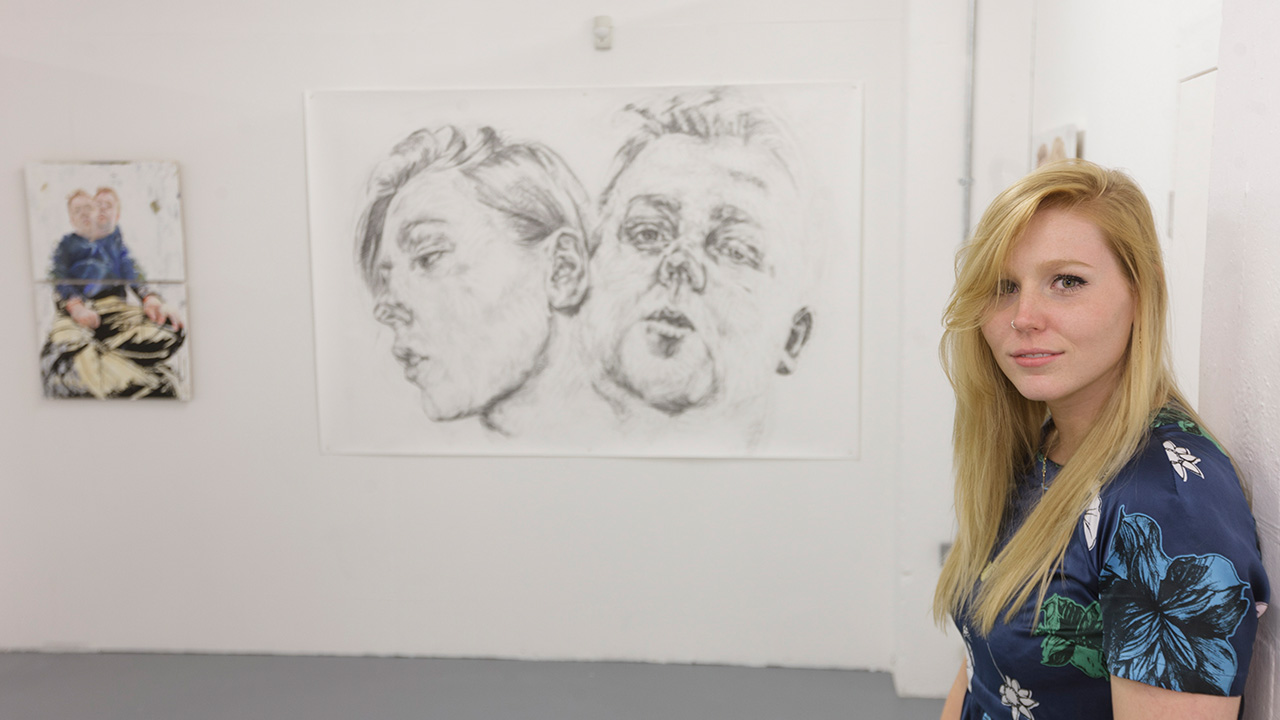 With two-thirds of your time on the course spent in the studio, the facilities for you to create your own artwork need to be exceptional...and they are. From ceramics workshops to dedicated photography darkrooms, you’ll have access to the tools you need.

Find out more about the variety of facilities on offer 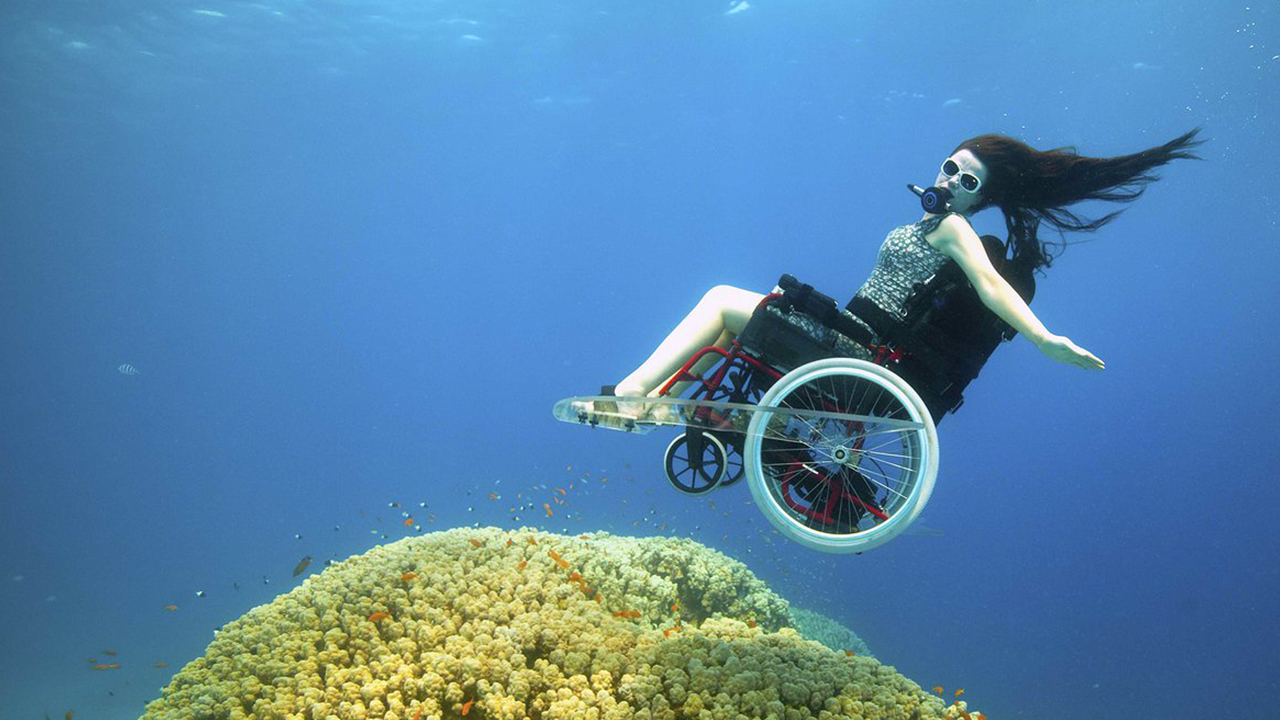 "The intellectual and practical demands of the fine art degree have enabled me to develop my thought processes and research methodology." – Sue Austin, BA (Hons) Fine Art graduate

The degree exhibition represents for each student the culmination of three years of study and development, their acquisition of skills in a broad range of practices and, in particular, their willingness to take risks, and learn from both their successes and failures.

“Studying on BA (Hons) Fine Art at the University of Plymouth enabled me to form the artistic career I am now embracing, as a graduate. Each year on the BA programme was a stage of growth and development, where I had the freedom to experiment and find what drives my creativity. With access to a dedicated studio space, and a wide range of lectures and workshops to attend, my technical and critical skills strengthened. The guidance from tutors and practicing artists and other vast opportunities expanded my knowledge and kept me informed within the art world. Now based in Somerset I continue to paint, exhibit and sell my artwork. In May, 2019 I was awarded the Creative Pathways Bursary and have been producing new work at Clayhill Arts.”

Current third year student Alice Benbridge's practice is heavily performance-based. Her most recent works include using someone else's shopping receipts for a week as a set of instructions for her own shopping behaviour, as well as others that involve the active participation of other people. Alice shares her experience of the BA (Hons) Fine Art course as she approaches graduation:

Adjusting to the first year

"Because I hadn’t done a foundation year before I started the fine art course, what I really wanted to do was to experiment and see where I could take my ideas. The first year was ideal for that, as we took part in a series of mini projects, which were between three and eight weeks long. In these projects, we often started with a prompt – an object or a word – and developed responses to that.

"One of the objects I chose was a framed butterfly, and I ended up making kaleidoscopic wallpaper, though other people’s outcomes included photography, sculpture and miniature paintings. At the same time, we were signing up for workshops in a whole range of techniques from screen-printing to analogue photography and the darkroom, to metal, textile and plaster work. The workshops really helped open things up for me.

"Alongside these projects and workshops, we had weekly theory sessions which introduced us to different practices and theories of art and throughout, we had visiting lecturers and artists such as Mark Farid. Some of them offered us tutorials, which was a great opportunity, as you can share your ideas with someone outside the University. In the first year, we went on a field trip to Berlin, which coincided with a collaborative project based on the trip, and later, in Year 2, we went on a field trip to Barcelona, where we created work and exhibited it at a small gallery."

Exchange opportunity in The Netherlands

"In the second year, I also went on a five-month exchange to the Netherlands. It was great to experience another culture and another school’s way of working. It also felt more independent, like a taste of the artist’s life after university. The second year was much more about developing our own identities as artists and pursuing the practices that interested us."

"In our final year, we were encouraged to be more independent still, and initiated our own projects. At the same time, we were writing our dissertations, which meant we had to balance our studio practice with our writing tasks. I’m starting to work on my end of degree show now. I’m still deciding what it will consist of, but I know I’m interested in people and how art can be a platform for communication so it’s likely to be a live piece of art."

Laura discusses her time studying BA (Hons) Fine Art at the University of Plymouth, and how her research has shaped her as a person, as well as an artist, and inspired her to go on to further study.

BA (Hons) Fine Art student Eleanor Neason explains her final project The Lived Body. Eleanor's project explores our subjective experiences, how we perceive and experience ourselves in our surroundings and space.

"I go into a space with the idea that I’m going to create a mark."

A graduate of Fine Art at Plymouth, Paige's work is inspired by colour and the relationship between art and the viewer.

“Going to a university based right by the sea made an incredible impact on me. Studying here helped my art grow in so many ways. If I could have my dream studio it would have to be near the sea again – I would love it to have open skylight windows and natural beam work.”

Experience the wonder of colour – discover more about Paige's colourful works and her time studying at Plymouth.

Studio practice lies at the core of this, alongside the development of theoretical and research skills, underpinned by international trips, regular exhibitions, open studios and a talks programme of visiting artists, curators and critics.

Be part of the study opportunities and events on offer

Illuminate is an annual spectacular light festival that connects the Mayflower 400 destinations across the UK and internationally.

The festival offers an immersive experience, with projections and light installations set out across the historic Royal William Yard in Plymouth, live performances and opportunities for audiences to interact with the works.

*These are the latest results from the National Student Survey. Please note that the data published on Unistats is updated annually in September.