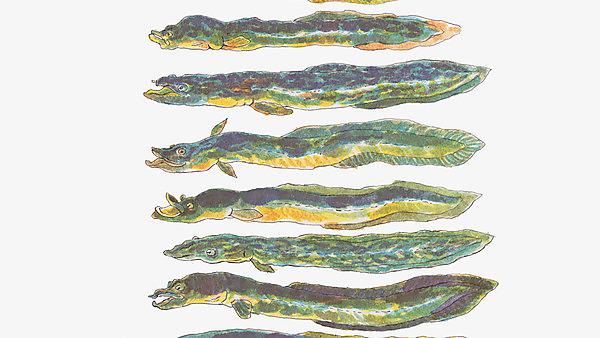 The European eel is a critically endangered species and with the creative collaboration, A Suitcase Full of Eels, John Kilburn, Lecturer in Illustration a the University of Plymouth, and Luke Thompson from Guillemot Press, are hoping to raise awareness of this exceptionally weird and mysterious fish.

The decline of the European Eel is having a significant impact on a staggering breadth of species, including birds, mammals and fish, and both marine and freshwater species. It is at once one of the most written about fish in Britain and the most mysterious and elusive.

But eels are not (what conservationists refer to as) a ‘charismatic species’ and as such, they have been unduly ignored. John and Luke both work within absurdism - John as an artist and illustrator and Luke as a writer and publisher, and together they have created a body of work that reflects the species and the issues surrounding it in new and surprising ways. 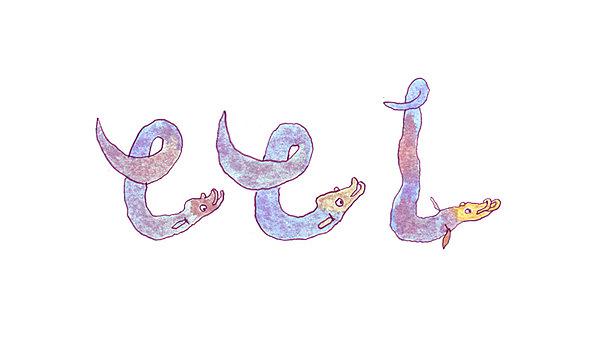 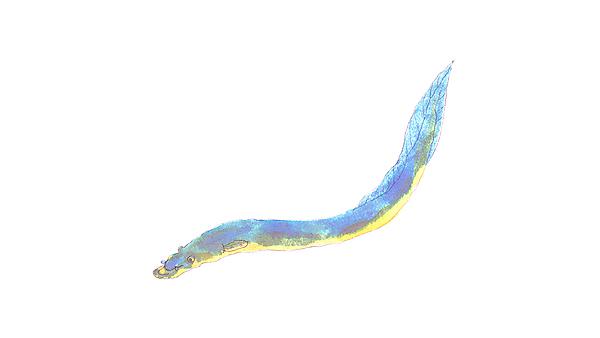 Take a look at the Eel Suitcase website to see more of the project including images, animation, writing, an eel glossary, and much more, and keep an eye on Luke’s small award-winning publishing house Guillemot Press for news on the limited edition publication we’re producing, A Case of Eels.

This will include an illustrated pulp-style novella, an anthology of contemporary poetry about eels featuring some of the best poets writing, a book of illustrations by a variety of artists, a lovely illustrated essay on the mysterious origins of the eels from 1862, a sequence of poetry by Luke, and an illustrated ‘translation’ of the scientific names for all the eels of the world.

The fishy suitcase is an explorative and experimental project, working within conservation, absurdism, writing, art, publishing and illustration to help promote the charismatic qualities of a species at the heart of European ecosystems.

Students from the Faculty of Arts and Humanities have taken their work to the European Parliament as part of a project harnessing creativity to highlight the plight of a critically endangered creature.

Sustainability meets creativity as students seek to influence policy on 'Europe's ivory trade'.
Find out more about the project and the trip

The project produced a series of books published through Guillemot Press, including a book of poetry, a book of illustrated eels, and even an eel horror novel. All the books were published in a box set called A Suitcase Full of Eels. The press coverage and popularity surrounding the project saw the box set sell out and the social media campaign command a huge interest with engagement from all around the world. The books were mentioned and recognised in The Times newspaper, extending its reach to their vast number of readers.

We had submissions from all over the world. Someone sent one in from a mud hut in Australia and that in itself, and the social media around that, got a lot of interest."

Courses and modules available to exchange students studying within the Faculty of Arts, Humanities and Business: 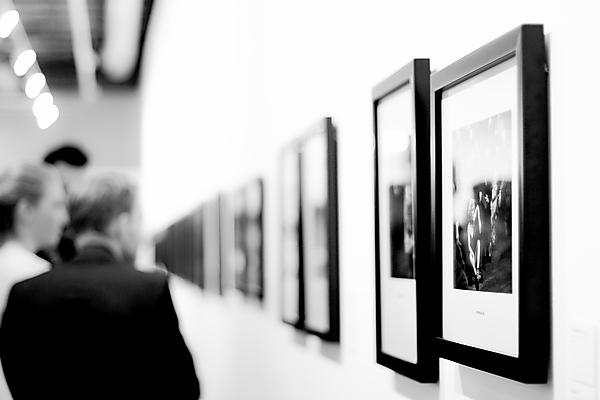