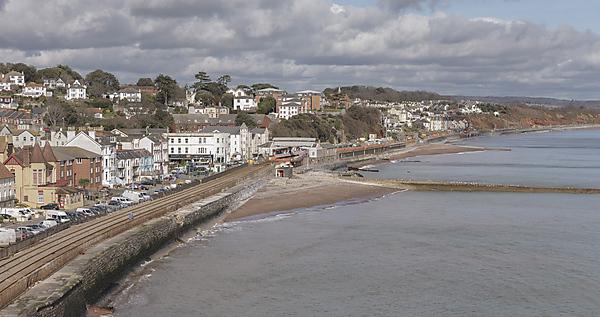 Defined by a coastline 11,000 miles long, Great Britain has a panoramic, doorstep perspective of some of the issues associated with global climate change and rising sea levels. As the storms of this winter have shown, this can make for some uncomfortable viewing.

Working to understand the forces at play within the coastal zone - and the impact and potential cost to society from increased storms and floods - are scores of researchers at Plymouth University. Chief among them is Associate Professor Mark Davidson, from the Coastal Processes Research Group (CPRG), who has pioneered the use of video cameras to efficiently monitor and understand changes to the seafront over time, and provide valuable information to those who manage the coastal environment.

“The impact of rising sea levels and wave heights are global and far reaching,” Mark said. “And for Britain, and especially here in the South West, it’s important to predict how the coastline will respond to changing conditions, such as the increased storminess we’ve been experiencing. Thanks to video technology, we’re evolving the capacity to predict changes in the shoreline position over a period of decades, which is revolutionary in coastal sciences.”

The first camera to be installed in the UK was at Perranporth beach in 1996, and it’s provided Plymouth with unique measurements of coastal change along the 4km wide natural beach and the forces that have shaped one of Europe’s strongest macrotidal regions (a 7.5m vertical difference in water level between high and low tide). Further cameras have been mounted at beaches across the country, all of them networked to computers at Plymouth, which download the combination of stills and time-lapse photography on an hourly basis.

The cameras simultaneously measure the coastal change alongside the waves that are responsible for this change, and the results are capable of showing, in fine detail, areas of coastal erosion and accretion. They can even pick out rip currents, enabling researchers to “conduct a thorough and robust beach survey without getting their feet wet”, according to Mark.

On the storms of February 2014 breaking the South West rail link,

We won’t fix the problem if we focus all of our energies upon a single aspect. It demonstrates the need to look at the issue more broadly, bringing together worldleading coastal and marine science, with geography and social sciences. 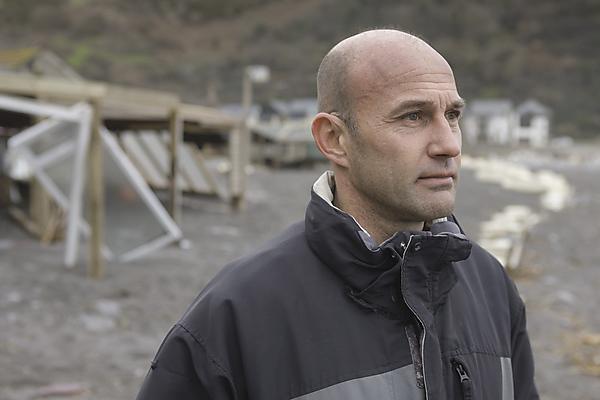 The CPRG team has gone on to develop Coastal State Indicators, which are used by organisations with a responsibility to manage coastal zones, whether for navigation, recreation or flood prevention. And they, and Mark in particular, have helped to coordinate the adoption of video systems internationally, such as through the EU-funded £1.3 million CoastView project, involving seven countries and 14 organisations. The scale of Mark’s work is such that he’s been named as investigator on ten peer reviewed video-related research projects with a value exceeding £5 million over the past 15 years.

“Our research has a global focus,” added Mark. “We’re not interested in developing tools that will only work for a specific location; we’re developing models and expertise for use in the global coastal environment.”

The scientific insight that the University is extracting from this dynamic environment is also influencing the country’s climate and transport strategy. Researchers from the School of Geography, Earth and Environmental Sciences, for example, have been analysing how sea level rises, and how increasingly violent storms are threatening - and indeed were able to break temporarily - one of the most iconic stretches of railway in the country.

Professor Jon Shaw, of the Centre for Sustainable Transport, said: “Long before the storms of February thrust Dawlish and the future of the South West rail link into the national spotlight, Plymouth had been researching the physical geography surrounding Brunel’s iconic line and the human and social considerations should it be lost in the short, medium and long term.”

On the future of the South West rail link,

The events of this winter only reinforce the predictions we’ve made as to its long-term viability. 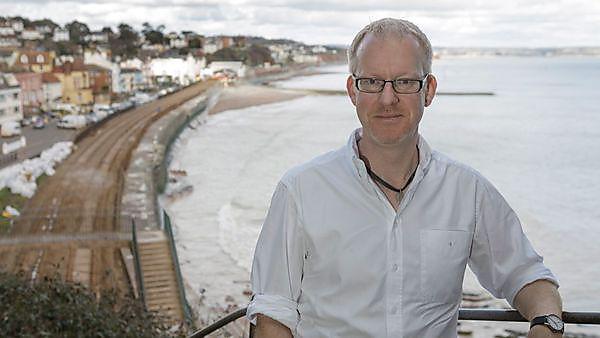 The first stage of the project was to calculate the current rate of relative land/sea change, which was done using sediment cores taken from South Devon from 2004–09. The resulting calculation of 1.1mm/year, with sea levels rising faster than for any other region in the UK, caused the United Kingdom Climate Impact Programme (UKCIP) to re-analyse and correct their own rates as part of its UK Climate Projections science report.

The second stage combined these findings with historical data on disruptions to the railway, caused by ‘overtopping’ and floods, to predict the levels of service vulnerability in the future. The headline figures were that by 2020, problems on the track could double in frequency, and by the end of the 21st century, the line could be effectively rendered unusable, with services disrupted or lost for 120 days per year.

Should sea levels rise by more than a metre, then sea-wall defences at Dawlish would be breached, and the track would be inundated on a permanent basis. This would then have major socioeconomic implications for Plymouth and West Devon, as well as the economic competitiveness of the entire region, on a scale far greater than experienced even this year. The findings are now being used by Network Rail, which co-sponsored the work, in association with the Environment Agency and local authorities, for long-term planning.

Other issues along the line,

... such as increased rainfall raising the risk of flooding between Exeter and Taunton, demonstrated both the need for a backup rail link away from the coast, and the importance of taking a multi-disciplinary approach to research. 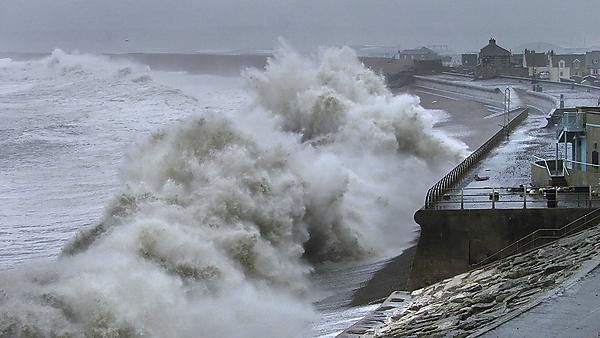 About the Centre for Coastal and Ocean Science and Engineering (CCOSE)

About the Centre for Research in Environment and Society (CeRES)