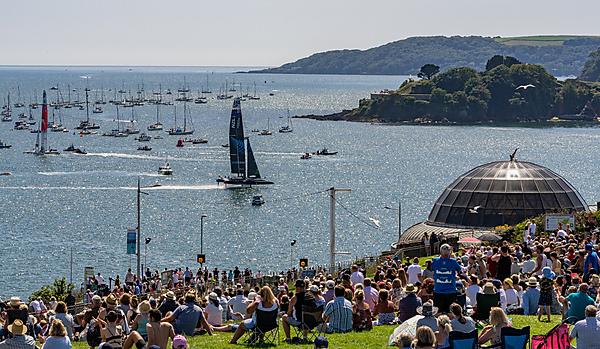 More than 20 internship opportunities in a wide variety of roles have been created for young people in Plymouth as a result of the Great Britain Sail Grand Prix which returns to Britain's Ocean City at the end of the month (July 30-31 2022).
The opportunities are part of SailGP's Inspire Careers program which is designed to connect students with experiences in various elements of the event. It is being delivered in partnership with the University of Plymouth, the Official Partner of the Inspire Program at the Great Britain Sail Grand Prix and whose students will fill 11 of the roles.
The internships, targeted at young people aged 18 and over, are designed to create meaningful opportunities for people to work alongside experts from SailGP in a variety of roles including engineering, sustainability, boat building, event management and hospitality.
In addition to this, a further nine young people have been recruited to the Inspire program to join the Shore Teams for the nine teams competing in the Grand Prix.
Other roles for which young people have been recruited include; On Water Operations, Race Management, Data Analysis, Medical Assistant and a host of media focused positions including a Broadcast Spotter and a Photographer.
This is the second year that SailGP has run this program, and it aims to create pathways to employment for those taking part.
One example of this is Max Griggs, a University of Plymouth MSci Ocean Science graduate, who applied for an internship role with SailGP through the 2021 Inspire careers program.
After impressing during his internship, Max, 24, was offered a full-time role in SailGP’s Wing Team that builds and maintains the aircraft-type wing sail that powers the high-speed F50. He has worked at every event since and travelled to eight countries.
Max said:

“The chance to work up-close with an elite sports event like SailGP was a once-in-lifetime opportunity, and it is brilliant that the company offers them. Although I have a background in sailing and my degree was about studying the sea, it was not a natural career path to go from oceanography to working in the wing team. It is only because SailGP runs this program that I had the opportunity to show that I have the practical skills and attributes to be part of the team. It has been life changing and I would advise all of the people taking part this year to do everything they can to make the most of the opportunity.”

See more about Max's internship with Sail GP in 2021 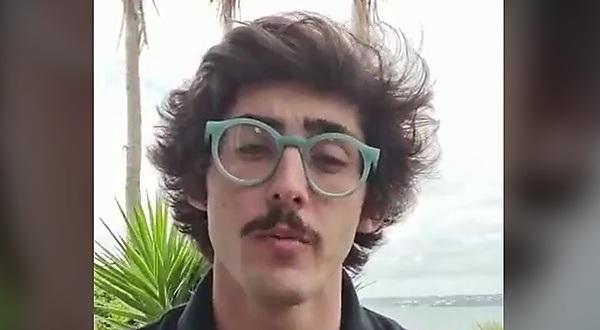 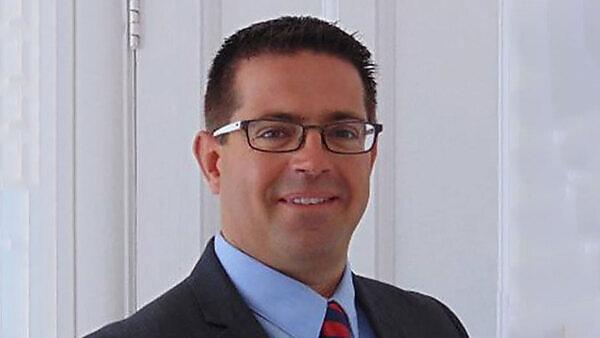 “Following the success of the Inspire program in 2021, we are delighted to be partnering with SailGP as it returns to Plymouth. Our students have applied and been selected on a competitive basis and these internships build on our long and varied track record of offering quality, experiential, real-world opportunities at scale, where students develop the skills, networks and confidence to thrive and add value quickly. As such, it is no surprise that these opportunities continue to make Plymouth graduates very highly sought after by employers, both in the UK and internationally. These SailGP internships place our talented students at the very heart of a global sporting event, working with many of the best professionals in the industry.”

“Having a positive impact on the people and places where our events take place is central to everything we do at SailGP and the Inspire program is a critical part of this.

“The Inspire careers program has a proven track record of creating opportunities for people to pursue careers in a wide range of areas, and is designed to give participants the opportunity to work alongside top-class professionals and gain real world experiences at the heart of the action.  The range of opportunities reflects the diversity of the roles we have at SailGP and creates pathways for people to explore careers in many areas including engineering, technology, sustainability, hospitality and event management.”

The careers program is one pillar of SailGP’s Inspire program for this year’s Great Britain Sail Grand Prix.
The other pillars cover Learning and Racing and elements delivered as part of this include:
SailGP Inspire is a global community outreach program designed to connect with young people in the places where SailGP’s events take place, showcase the importance of sustainability and demonstrate how sailing can be a force for good. Globally it has engaged over 8,000 young people and is well on its way to reaching its target of 10,000 young people by 2025. 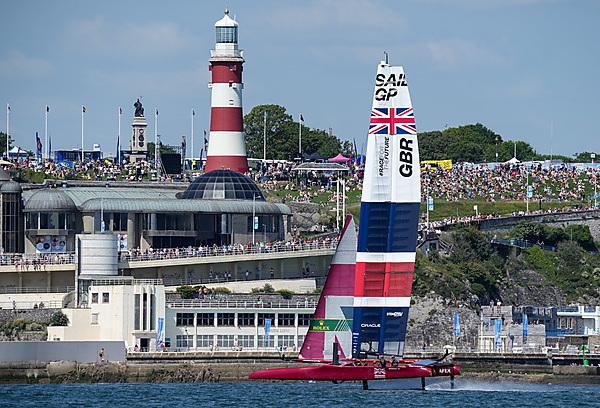 How the Careers Service can help you

We want you to secure a fulfilling and successful future when you graduate. To help you get there, we offer a comprehensive range of resources backed up with individual advice and guidance. 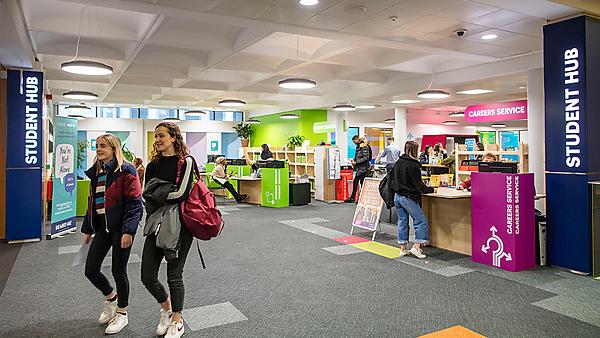