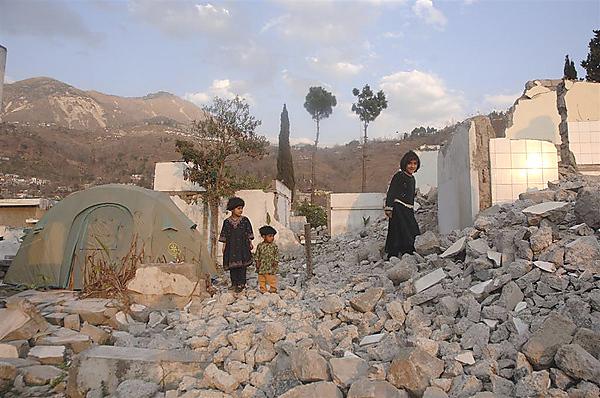 In the post-Brexit environment, it might seem easy for the UK government to bow to inward pressures and retreat from its international aid commitments. After all, the UK’s development aid budget has always been a political hot potato and its international financial commitments frequently come in for criticism from the public and media alike.

But while public support for overseas aid programmes might be volatile, cutting or repositioning that expenditure could have wide-ranging repercussions. With the UK’s economy already feeling the effects of the post-referendum environment, further uncertainty relating to international relations is the last thing both government and business leaders need to be facing.

As things stand, the UK’s aid spend is higher than most other developed nations. A select few, including Sweden and Norway, do give more but the UK’s support for the developing world has increased markedly over the past two decades.

The initial hike was introduced by Tony Blair’s New Labour shortly after its landslide election victory in 1997, and then continued throughout the party’s 13-year stint in Government. But it was continued as part of David Cameron’s ‘compassionate Conservatism’, meaning the UK currently spends 0.7% of its gross national income on international aid, far more than US, France and many other nations.

In such uncertain economic times the international aid budget might seem an easy target. And there have been voices suggesting Ministers should use the aid budget to repatriate foreign prisoners, or to secure preferential trade deals with developing countries. However, such panic moves could have very negative consequences, both for us and for the world’s poorer nations, and I believe what is actually required is continued and constructive dialogue so as to ease the tensions with the European Union and the nations within it.

The rationale for developed nations supporting developing ones is well known, and it starts from a basic humanitarian concern with millions of people living in poverty and intense inequality. If we go back into history, countries in Africa and elsewhere in Asia and South America were integrated into a global capitalist system which disadvantaged them, and they essentially became commodity suppliers. The vast majority of colonised countries have remained economically behind due to a combination of structural inequalities and domestic problems. International development aid is recognition of the structural and historical dimension to global inequality (while of course recognising that the choices poorer countries make are paramount).

Dr Patrick Holden, Associate Professor in International Relations, talks about the relationship between the UK, developing countries and the European Union after Brexit.

Whether the referendum result actually signals that the UK population wants a move away from our position as a global pioneer in this field is very hard to interpret. After all, the Leave contingent included a number of quite different groupings, some of whom actually wanted more globalism once we had departed the EU rather than less. But what we have to take into account over the coming weeks, months and indeed years, is that to renege on the UK’s commitments could the nation serious harm. Apart from the obvious ethical factors, the UK is getting quite a bad press internationally at the moment, and rightly or wrongly the Brexit vote is seen as a move towards insular nationalism.

To retract aid and decrease the aid budget would be another negative sign, and might also lead people to question how the UK can retain a permanent seat on the United Nations Security Council if it’s not willing to take a leadership role. After all, there are plenty of other countries – including India – who are looking to have such a position.

Of course one means to maintain public support for development it, is to make greater endeavours to ensure the aid reaches those who most need it. This will always be fraught with challenges, and there will always be waste. I’m by no means arguing that the status quo is acceptable and that aid should not be radically reformed, the argument here is simply that a commitment of 0.7% of GDP to support poorer countries is not unreasonable and should be maintained.

How it’s used is a much wider argument. From a governmental perspective, what is required is to distinguish countries where economic or government growth could trickle down, and those where you have to target the poor and specific human development needs. Then, we need to further our work with NGOs and the United Nations to ensure our aid is delivered to those who need it most.

The UK, in my opinion, should also remain a part of the European Development Fund which mobilises aid from 28 countries and provides more influence for the UK and Europe in developing nations by giving collectively. Despite the referendum result, it would be demonstrate that while the UK is leaving the political EU institutions, it still wants to be part of pan-European cooperation.
In arguments between developed countries, it is often developing countries that lose out. Ensuring that is not the case following the referendum result is not going to be an easy task, but it is a crucial one if the UK is to continue to credibly promote itself as a responsible global power.