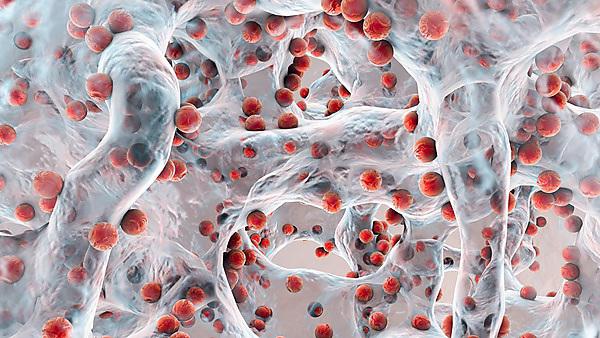 This week (13-19 November) is World Antibiotic Awareness Week. You may have seen posters on bus stops, or heard adverts on the radio telling you to use antibiotics properly and to listen to your doctor. But how much of a problem is antibiotic resistance (or drug resistant infections)?

It might seem like a distant problem that affects people elsewhere on the globe. To some extent that is true, and the situation is much worse in some parts of the world, but bacteria don’t respect international borders and resistant strains rapidly spread through international travel and via food distribution networks. It may not be just a suntan you bring home from your next overseas holiday.

According to the World Health Organisation, antibiotic resistance is as big a threat to global health as climate change. Currently, 700,000 people die every year from drug resistant infections, but that number is predicted to rise to 10 million a year by 2050 if we don’t do anything about the threat. In Europe, up to 390,000 people could die every year; that’s nearly 50 people every hour of every day. Fewer people currently die of cancer and diabetes combined.

Many of us have taken antibiotics and they generally work well, so it is not easy to imagine a time when they might not be effective. Bacteria are becoming more widely resistant, and cases of infection that are resistant to all antibiotics are becoming much more common. Many patients are now dying of untreatable infections. It also makes no difference if you’ve never taken an antibiotic; you’re still as likely as most other people to be infected by drug resistant bacteria.

Antibiotics underpin all of modern medicine. We don’t just take them to treat infections as they are used to prevent infection in many situations like during hip replacements, cancer therapy or caesarean sections. If we loose antibiotics, things like this will become too risky to perform. Minor infections could become life threatening. It will change the way we live and work. Imagine how you’d feel going for a bike ride or spending time in the garden if a graze or scratch could result in a fatal infection?

With such a huge problem, there is often a perception that the only way to solve it is through work by scientists in big companies, or by government action. Some of the biggest impact is going to be achieved in this way and antibiotic resistance has been discussed at G20 meetings and the World Economic Forum. There has been good progress at international government levels, but we all have a part to play.

Antibiotic Awareness Week typically falls in November each year, but the University hosts several events throughout the year including interactive lab workshops, film screenings, seminars, and even pub quizzes. Visit our WAAW page to see what's coming up.

Find out more on our WAAW page 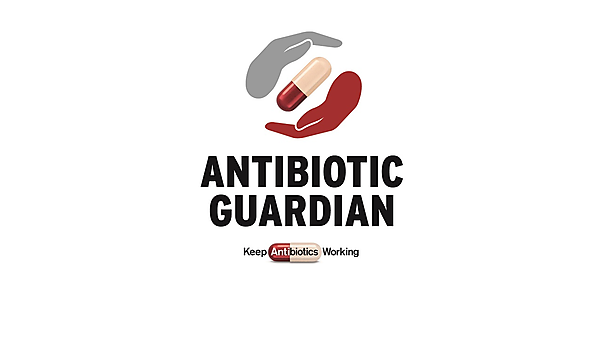 Could you help spread knowledge about antibiotic resistance? Sign-up to become an Antibiotic Guardian, visit: www.antibioticguardian.com

You may have heard that most antibiotics are used in farming, which is true but is an issue that is being addressed by increased legislation and improved farming practices. Some major fast-food providers are now advertising that their meat is raised without antibiotics – you can help by only buying from these sources.

Antibiotics don’t work against viruses, which cause coughs, colds and sore throats and they don’t work very well against ear infections. Going to your GP and demanding antibiotics will not help these infections. It is much better to go to your local pharmacy and ask for treatments to relieve your symptoms, get some rest, wrap up warm and get well without using antibiotics.

You can also help prevent minor infections by regularly washing your hands, especially before eating. Having the flu jab each year is also important. This will reduce the number of visits to your GP and reduce the amount of antibiotic prescriptions. Taking antibiotics will also kill the good bacteria in your body, which can have a negative effect on your health, sometimes leading to more severe infections, perhaps caused by drug resistant bacteria. In many cases, you’re better off not taking antibiotics.

If you are unwell and have antibiotics prescribed by your doctor, use them as instructed, never saving any for the next time or giving them to anyone else to use. The length of time you need to take antibiotics is carefully worked out in clinical trials and, even if you feel better, finishing the course early will select for resistant bacteria, which can be a real threat to you and your family. If you do have any antibiotics left from a previous prescription, it is important that they are returned to a pharmacy for safe disposal, rather than being put in the bin or down the sink.

Clearly, if you are very unwell, you should seek urgent medical attention. More information can be found at www.treatyourselfbetter.co.uk.

How can we fight antibiotic resistance?

As part of the ‘Science in the News Explained’ public talks, Professor Mathew Upton, discusses what action we can take to combat antibiotic resistance.

There are stories on social media that this is all a government conspiracy to save money by making people take fewer antibiotics. This really is not true and there are many other changes that could save much more money.

At the University of Plymouth, we are hosting some events this week to help people understand drug resistant infections and the ways we can help protect these essential medicines for our future generations.

We are also working at the University and in the new Derriford Research Facility, to develop a new class of antibiotics to help prevent and treat drug resistant infections. We’re searching for novel antibiotics in deep-sea sponges and using artificial intelligence methods to design new antibiotics. We are also developing methods to rapidly detect bacteria in patient samples and help doctors use the right antibiotics at the right time. Come and see us at events on at the University this week – we’d be very happy to discuss our work with you.

Please visit www.antibioticguardian.com and pledge to be an Antibiotic Guardian. Let’s all work together to 'keep antibiotics working'.

Find out more about the Derriford Research Facility