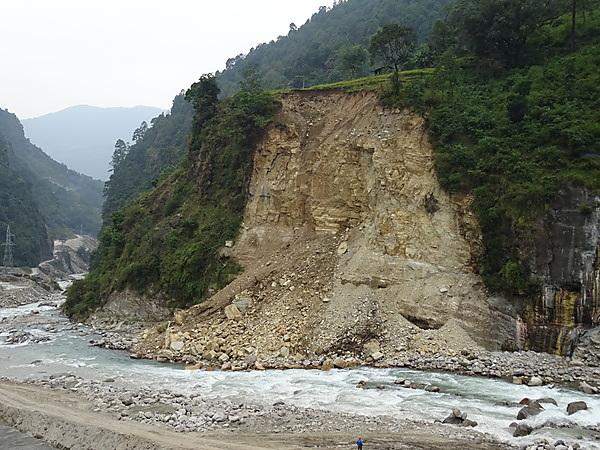 A landslide triggered during the 2019 monsoon season near the village of Chakhu (Credit Josh Jones, University of Plymouth)

Earthquakes and extreme rainfall can lead to a six-fold increase in the rates of rainfall-triggered landslides occurring during Nepal’s monsoon season, according to new research.

The Himalayan nation experiences severe landslides every year as a result of its annual monsoon season, which occurs between June and August.

However, this new study, published in Nature Communications, explores how extreme rainfall and earthquakes can induce landslide rates above and beyond those seen during a normal Himalaya monsoon season.

By analysing satellite imagery and rainfall data, researchers were able to establish a clear pattern between the strength of the monsoon season and the amount of landsliding over a 30-year period between 1988 and 2018.

This revealed that extreme “cloud outburst” storms in 1993 and 2002 led to around four times as many landslides as would be expected in an average monsoon season.

Similarly, landscape damage caused by the April 2015 Gorkha earthquake was found to have caused around six times as many rainfall-triggered landslides during the 2015 monsoon season as would be expected. This landscape damage also caused an increase in the expected numbers of landslides in the 2016 monsoon season, with conditions returning to nearer the average by 2017.

The study also showed that the most severe landscape damage caused by the 2015 earthquake did not occur right at its epicentre, but in nearby locations where high earthquake peak ground accelerations occurred across particularly steep mountain slopes. 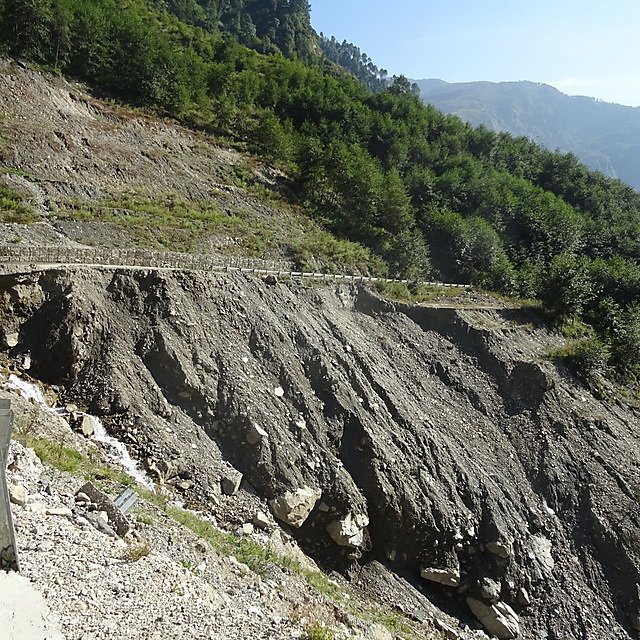 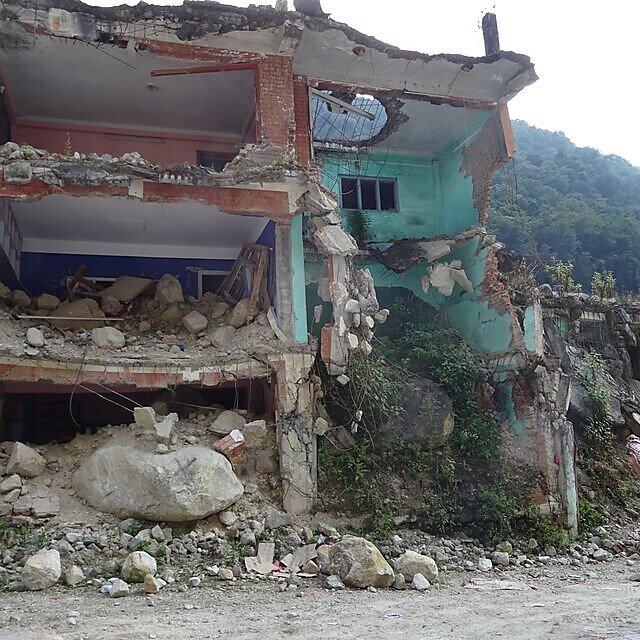 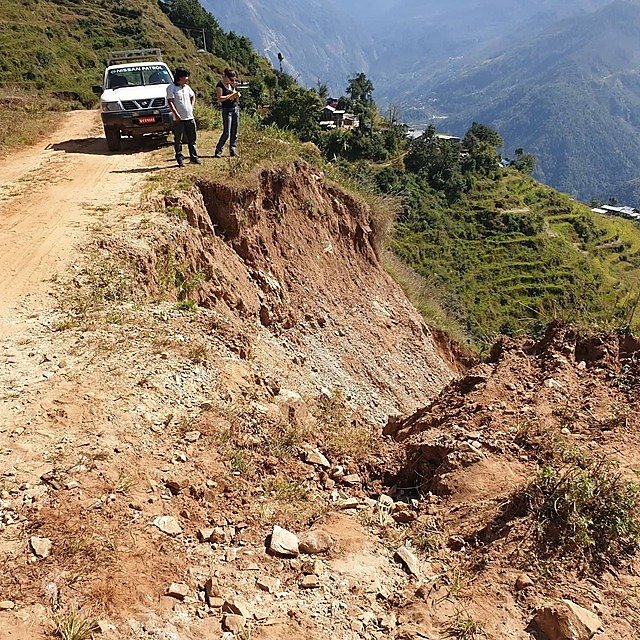 PhD candidate Josh Jones, the study’s lead author, carried out the work while based in Plymouth and East Anglia. He said:

“Unfortunately, people in Nepal are frequently affected by landslides during the monsoon season, with widespread damage to homes and infrastructure every year. This study shows how much this landslide risk can be increased by extreme rainfall and earthquakes, and for how long those effects can be felt. We hope that this information could be an important tool in helping local communities plan for future landslide hazard, particularly following large earthquakes.”

Dr Sarah Boulton, Associate Professor in Active and Neotectonics at the University of Plymouth, added:

“Once unusual rainfall and flood events are already becoming more frequent globally as a result of our changing climates. Climate models indicate that Nepal is likely to experience increased storminess and potentially higher levels of annual rainfall in the future. Our study shows that in the last 30 years, there have been two occasions where annual rainfall could be classed as extreme. Similar events could become more frequent in the coming years and lead to even more devastating effects for the local populations.”

The research was enabled through the Environment East Doctoral Training Partnership (EnvEast DTP), funded by the Natural Environment Research Council (NERC) with CASE funding from AECOM.

“This project shows the benefits of collaborative work between industry and academia. The results of this research can inform disaster risk reduction in vulnerable areas, leading to better planning and mitigation against landslide hazards caused by infrequent large events such as earthquakes.”

Dr Georgie Bennett, Senior Lecturer in Physical Geography at the University of Exeter and another of the study’s co-authors, added:

”Establishing the role that extreme events play in eroding the landscape usually relies on comparing erosion rates measured over different timescales with very different techniques, limiting our ability to accurately quantify the impact of events such as storms and earthquakes. The 30-year record of mass wasting mapped in this paper is relatively unique in its length and makes it possible to accurately isolate and quantify the role of storms and earthquakes in erosion and hazard across this Himalayan region.”

How the research took shape

For the research Josh, now a Postdoctoral Researcher at Exeter, spent over eight months analysing 30 years of satellite imagery to create a long-term picture of where landslides occur, and the detailed effects they have on the landscape of central and eastern Nepal. This was then mapped against monsoon, extreme rainfall, and earthquake data to provide an overall view of the major factors contributing to increased landslide occurrences.

The result is an unprecedented inventory of Nepal’s landslides, a record of just under 13,000 landslides over a geographical area spanning more than 42,000km2 of the Himalayan region. It also shows the geographical characteristics of areas most susceptible to future landslides, and how that risk might be affected by both extreme weather and large earthquakes. 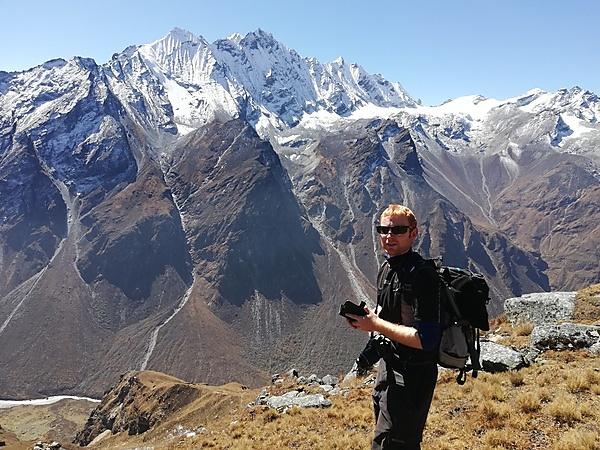 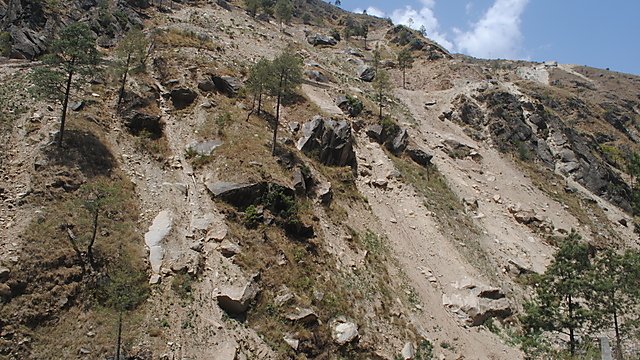 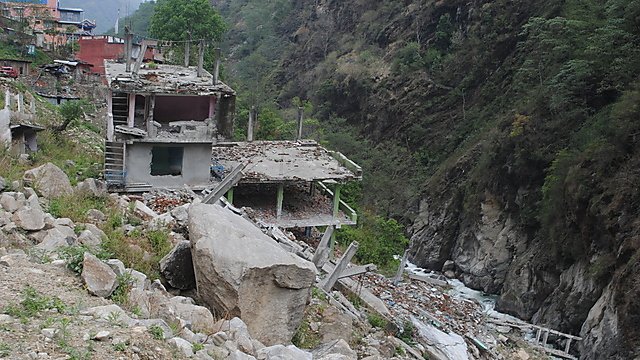 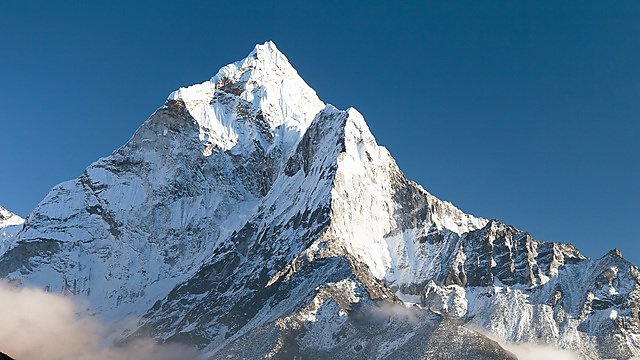 Predicting future landslides in the Himalayas 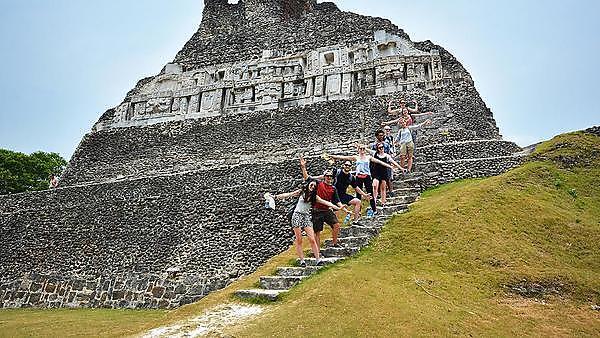 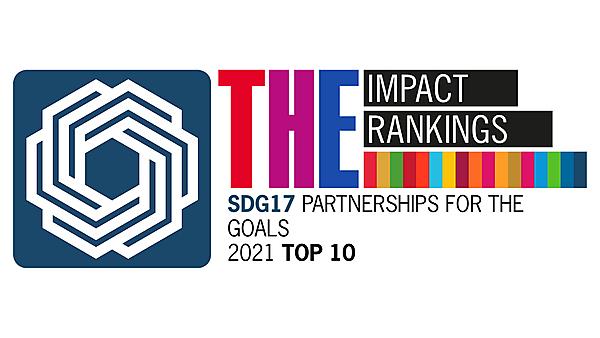