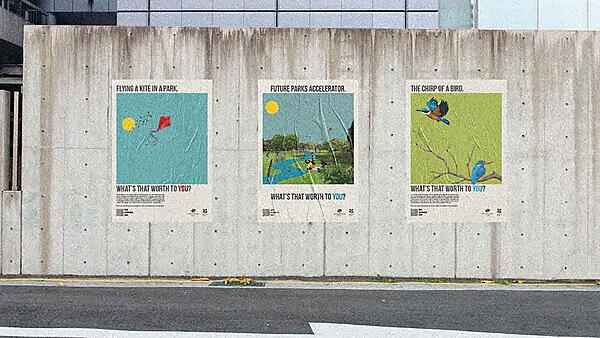 Third year Jonathan Lettmann’s Future Parks Accelerator project ‘What’s That Worth to YOU?’ has been selected to herald the ‘Love Parks 2020’ initiative. Future Parks is a joint venture between The National Lottery Heritage Fund and the National Trust. There is also additional funding from the Ministry of Housing, Communities and Local Government in England. Eight urban areas, covering a combined population of 4.5million people, are joining forces in a pioneering programme designed to find ways to manage and fund parks and open spaces across entire towns and cities. These eight urban areas are: Birmingham, Bournemouth, Christchurch and Poole, Bristol, Cambridgeshire, Edinburgh, Islington and Camden, and Nottingham. They will now join Newcastle, which was the first city to take up the initiative.

Jonathan’s Future Parks project distilled the essence of his semester 1, third year design – which addressed questions of climate change, urban cultivation and local biodiversity – into a single key ‘driver’. This allowed the identification of associated stakeholders/users and brief timeline to be communicated in a poster campaign. The Future Parks campaign ‘What’s That Worth to YOU?’ is oriented towards seeing value in the questions this project is raising, and the significance of parks in urban settings.

What’s That Worth to YOU?’ poster example