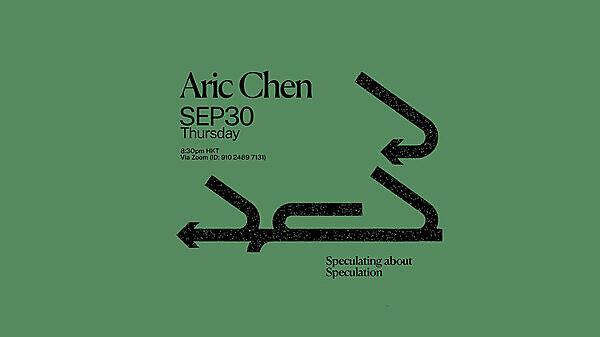 What is speculative design- and what comes after? Beginning with examples from recent exhibitions curated by the speaker, this lecture will explore different forms, definitions and notions of speculative design; its role in expanding design beyond the parameters of objects and commodities and into the realm of scenarios and social practice; and how it articulates issues of urgency. The rise of speculation in design can arguably be seen as a refutation of the discipline's longstanding emphasis on problem-solving at a time when it is clear that many of the problems we face as societies and a planet are too complex to be "solved." But as the urgencies grow, do we have time anymore to simply speculate? The lecture will end by proposing a concept of "enacted speculation" as a potential new field of inquiry and area of practice for cultural institutions.

Aric Chen is the newly-appointed General and Artistic Director of Het Nieuwe lnstituut, the Dutch national museum and institute of architecture, design, and digital culture in Rotterdam. Previously, he was a curator and writer based in Shanghai, where he was Professor and Founding Director of the Curatorial Lab at the College of Design & Innovation at Tongji University. In addition, he served as Curatorial Director for the Design Miami fairs in Miami Beach (US) and Basel (Switzerland), with an edition launching in Shanghai in November 2021. From 2012-2019, Chen was the first Lead Curator for Design and Architecture, and later Curator-at-Large, for M+, the new museum for visual culture opening this year in Hong Kong's West Kowloon Cultural District.