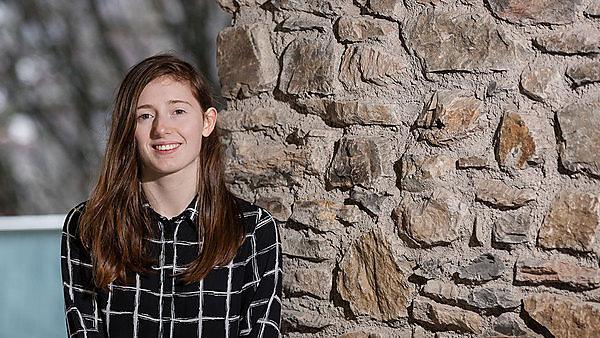 "My programming skills have come on leaps and bounds in the last year. This is because I was using these skills every single day and the projects were a lot more complex than anything I had tackled in the past. This also tested my problem solving and mathematical skills."

Who was your placement with and what was your job title?

For my year placement, I worked for a company called Renishaw in Wotton-under-Edge, Gloucestershire. Renishaw is predominantly an engineering company with their specialism being in metrology and precision. Renishaw have taken their expertise in metrology and applied it to many different areas over the years, from industrial manufacturing to healthcare. My official job title was ‘Industrial Placement’ but my actual role within the company was ‘Software Engineer’.

What attracted you to this placement opportunity?

One of the things that appealed to me about Renishaw was that they contributed to so many different fields of work. There was such a diverse spread of projects across the company, which meant the opportunity to learn about so many different fields. Renishaw is also very well known, so to be able to say I worked for such a prestigious company looks good on my CV for future experience. I had already acquired some of the required skills for the placement during my time at university, so this also contributed to me applying, as I knew it would be the right placement for me.

How did you go about securing your placement and what was the process for this?

To apply for the placement, I had to fill in an online application and submit my CV. I then received a call to schedule a face-to-face interview. The interview was quite general as it was with two of the managers from the company, but there were a few technical questions too. The next day I received a call saying I had been offered the placement.

Can you describe the various roles and responsibilities of your placement?

I worked within a small team called the concept and design team, who worked solely on software for the Neurological Products Division. Our focus was working on future releases for neuroinspire, a surgical planning software for stereotactic neurosurgery. A new feature for neuroinspire is proposed and researched thoroughly by the research team. As the concept and design team, we then take the research and create prototype work for the requested feature. Our prototypes take the feature end to end and prove whether it is feasible or not. We also meet with various stakeholders, from management to users, throughout the duration of prototyping to ensure it is heading in the right direction. When complete, the prototype is passed on to our production team who enhance the performance of any complex calculations and then integrate the feature into neuroinspire. When I first started at Renishaw, I was given small tasks to implement in the prototype (for example enabling buttons in certain scenarios and adding labels) to give me a chance to learn the code base. Once my confidence grew, I contributed to more difficult aspects of the development, some which required a high level of maths and problem-solving. I was also more involved in meetings and demos to stakeholders.

How did the Careers & Employability department (Placements Team) support you both before your placement?

We were given lectures from the end of the first year to help us learn how to prepare for placement hunting. Local companies who have hired students in the past, and current placement year students, gave some of these lectures. They told us more about what a placement year is like and what is expected of the students. I was also able to visit an advisor at the University who read through the first draft of my CV. As someone who has not even applied for any part time work or wrote a CV before, I massively benefitted from this. She gave me lots of advice on how to improve it. For example, she suggested ways to structure my CV to highlight the parts I would want an employer to see.

How did the academic staff support you during your placement?

I was allocated a placement tutor who visited me about half way through my placement. I also had to fill in progress forms for the University throughout the duration of my placement with my manager. The amount of support I had meant that if there were any issues, I feel the University would’ve been able to pick up on it quickly and advise me as needed. The regular reviews of my progress also helped me reflect and keep track of how I was doing.

How did your previous studies enable you to be successful during your placement?

As I picked a software engineer role, programming is a massive part of the job. The programming language that was the focus of teaching during my first year at university was C#. C# also happened to be my team at Renishaw’s main programming language. This helped me pick up the code base quickly as I already understood how this language worked. Another aspect of my University course that helped me pick up the code base was our module on design patterns within software development. Knowing about these meant the team could explain to me, with ease, how parts of the code were designed and why. Within our group project module, we were told all about agile development. When starting at Renishaw I discovered my team also followed this approach. This meant when I started I had some understanding of how they worked and organised themselves and why. These aspects of my studies helped me transition into working life smoothly.

How will your placement help you with the final year of your degree?

My programming skills have come on leaps and bounds in the last year. This is because I was using these skills every single day and the projects were a lot more complex than anything I had tackled in the past. This also tested my problem solving and mathematical skills. The improvement of these skills will help massively when working on the development of my final year project. I also feel more motivated after completing a placement. I thoroughly enjoyed my placement and am now massively looking forward to the future. After experiencing what day-to-day life is like in a professional environment, I also feel I understand how to organise my time better now. These skills will help massively with every aspect of my final year as this year is a lot more independent than first and second year.

In terms of your career development so far, what have been the benefits of undertaking this placement?

The most obvious benefit would be that I have managed to secure a year of experience before even graduating. This makes you stand out massively when applying for graduate jobs as some candidates may not have been given this opportunity. As the year gave me the chance to massively improve my skills and learn new things, I feel I now also have a chance of getting a higher degree classification than I would if I went straight into final year. A higher degree classification would also make my application to a job stand out. However, the biggest benefit from my placement specifically is that I’ve already been offered a place back at Renishaw as a Graduate Software Engineer (and sponsorship through my final year). This is a job I may not have secured if I hadn’t already worked for them.

What would you say to a prospective student thinking about undertaking a placement year?

Do it! I honestly can’t recommend it enough. I feel my time at university prior to placement did help create some of the building blocks I need to become a successful software engineer. However, I feel that it wasn’t until I worked at Renishaw that fully understood what it took to become that successful software engineer. It was the most important year of my degree and possibly my life in terms of my career and personal development.

Was the fact that Plymouth offered a placement year a motivational factor in your decision to choose Plymouth? If so, why?

The fact Plymouth offered a placement year did play a part in my decision to choose Plymouth. It sounded like a great opportunity and a chance to make myself stand out in a competitive field.

If you would like to find out what other Computing students are currently doing, please visit the computing placements page. 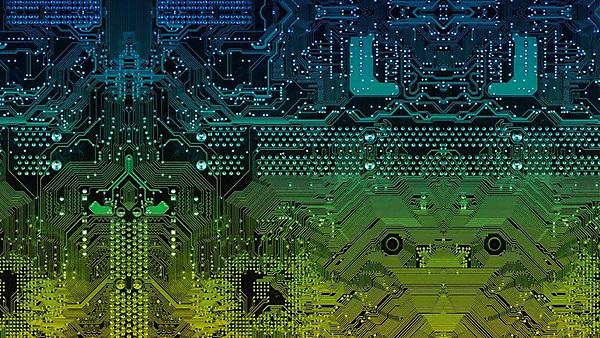