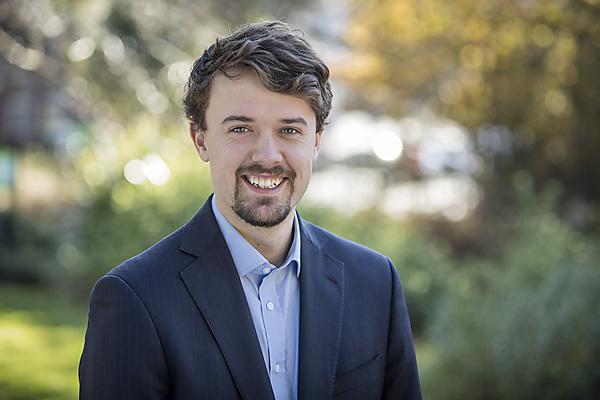 Who was your placement with and what was your job title?

I have completed two placements whilst at Plymouth University. I spent a year in industry at Rolls-Royce between second year and third year, where my job title was “Industrial Placement - Electronics”. I worked as part of a large team designing and testing Electronic Engine Controllers for Airbus aircraft.

What attracted you to this placement opportunity?

I was attracted to working for Rolls-Royce because they are a world renowned engineering firm. Designing electronics for jet engines is an extremely difficult challenge because failure is simply not an option - even if an individual component fails, the engine electronics must keep functioning until the aircraft has safely landed.

Thatcham Research attracted me for a number of reasons. Firstly, I have always been a “car guy”, so combining some really interesting prototype cars with technology I have studied at university was fascinating to me. Seeing just how well automated emergency braking systems now work was really cool. I was also attracted to Thatcham Research because my previous employer was a ~20,000 employee corporation, so I wanted to have exposure to a smaller organisation before finishing university.

How did you go about securing your placement and what was the process for this?

The two placements had very different application processes. As one would expect, there were a huge number of applicants for the Rolls-Royce placement scheme, therefore they had a very structured application process - a CV only online application (extremely rare for large corporations, they usually also have a number of online tests), followed by an assessment centre consisting of a presentation by me, group exercises to test teamwork, and a technical interview.

In contrast to this, I telephoned Thatcham Research at the start of my summer holidays explaining that I thought their work was very interesting and that I would like to do a summer internship with them. They were not advertising for an intern, but kindly agreed to give me an interview anyway. About a week later I was interviewed by the chief technical officer of the company, who is also the head of Euro NCAP. This interview felt much more like a chat than a structured technical assessment - and was considerably less nerve-wracking!

Can you describe the various roles and responsibilities of your placement?

During the first few months of my placement at Rolls-Royce, I was working within a team to certify the Electronic Engine Controller for the new Airbus A350 XWB - a long haul passenger aircraft. This involved testing various functions of the unit at extremely hot and extremely cold temperatures, then analysing the data produced and writing a report about it. During the latter half of my placement, I was involved with designing parts that will eventually be used on the engines of a new Airbus aircraft.

At Thatcham Research I was part of a team running tests of Automated Emergency Braking (AEB) systems. This involved setting up automated driving robots to guide a car down a specific path on a runway at a set speed towards an inflatable target. We then collected data from sensors in the car to analyse how well it avoided the target/how hard it hit it. Sometimes this involved tuning the algorithm used to control the speed of the vehicle under test, such that it would travel at the precise speed required by the test.

Having signed the UK Official Secrets Act and some non-disclosure agreements, I cannot go into much more detail about the specifics of my work, however, I can say that I found both placements extremely interesting.

How did the Careers & Employability department (Placements Team) support you both before your placement?

The Placements Team were very good at going through my CV and pointing out areas to alter, which I suspect made all the difference with me getting an interview at Rolls-Royce.

How did the academic staff support you during your placement?

A lecturer visited me once during my time at Rolls-Royce. This was nice, but probably not necessary. However, if I had had any issues, I’m sure they would have been very happy to help - as I have experienced during my academic years.

As my second placement was just over the summer, there was no need to involve academic staff.

How did your previous studies enable you to be successful during your placement?

Lead engineers at Rolls-Royce commented that the fundamental electronics knowledge that I and another Plymouth student working there possessed was far better than that of students from other universities - including supposedly prestigious red brick institutions. The analogue and digital fundamentals learned during my first year were all tested during my technical interview. I thought this had been a trivial test to see if the candidates knew the basics, but apparently many candidates only manage 20-30% of the questions.

I applied control theory knowledge gained during my third-year project, to tune the robot controlling the accelerator pedal of cars on the Thatcham Research test track. My colleagues there were mostly young graduates from either a mechanical or motorsports engineering background, so it was interesting to see the different approaches we had to tackling problems. Coming from an electronics/robotics background, I found it easy to interpret the datasheet of a piece of sensing equipment we were using for a particular experiment.

How will your placement help you with the final year of your degree?

After my first placement, I found that my work ethic at university was much improved. After doing at least a 40 hour week every week for a year, it is much easier to crack on and get university work done, rather than leaving it to the last minute, which I will freely admit I used to do in first and second year.

I also found that my technical writing skills improved significantly and that I understood more about designing production ready products, rather than just prototypes.

In terms of your career development so far, what have been the benefits of undertaking this placement?

Being able to give real world examples of engineering experience is much better than describing small university projects when talking to a prospective employer. Before my placements, my list of professional contacts had precisely 0 names on it. However, now I have had a lot of contact with senior people in several companies, both from being employed by them, and from dealing with other companies during my placements.

What would you say to a prospective student thinking about undertaking a placement year?

More specifically, don’t stop applying. I have seen a lot of students apply for 4 or 5 highly competitive placements, and get extremely dejected when they didn’t get an interview for any of them. Apply for everything that looks interesting - simultaneously. Do not fall into the trap of applying, then waiting to see if you get the placement before applying for another. Large companies sometimes take months to decide whether to give someone a placement. If you find 2 companies suddenly interview you for a job and make you an offer, do not feel bad about having to turn one down, it’s completely normal (obviously, don’t leave them hanging, let them know as soon as you accept the other offer).

I think my most important piece of advice, however, is to apply to small to medium sized companies. Find the companies doing the work you find most interesting, then telephone them. It doesn’t matter that they aren't advertising for an intern, a lot of companies are extremely receptive to a phone call from a student fascinated by their work. I have had offers of paid internships from three different companies that I cold called because their products looked interesting. Have a CV ready to send to them, but always call them first, as a phone call is very difficult to ignore. Then, when they ask for a CV, you can send it immediately.

If you would like to find out what other Electrical and electronic engineering and robotics students are currently doing, please visit the electrical engineering placements page. 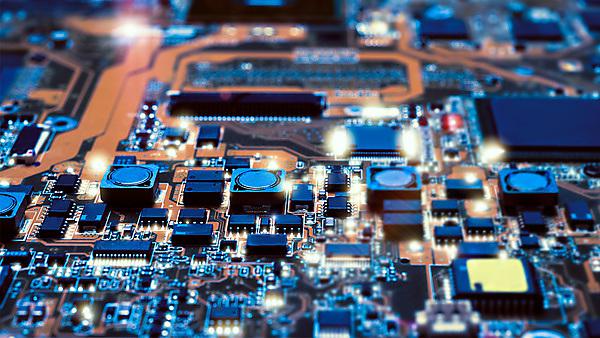