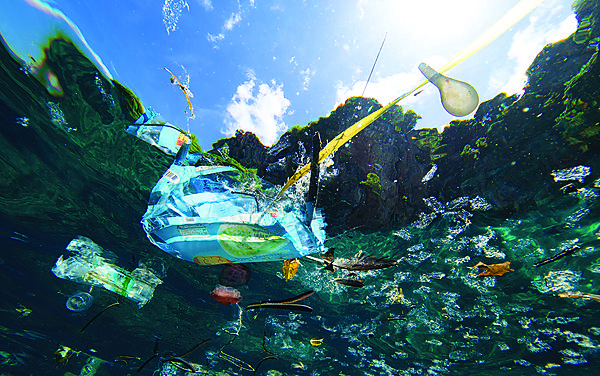 Microplastic pollution has previously been identified as a global issue through work by the International Marine Litter Research Unit (IMLRU). There is evidence of microplastic debris in some of Earth’s remotest locations, from the deep sea to the Artic. The team have also discovered that microplastics originate from multiple sources, including daily activities such as washing clothing and driving along a road.
Our team’s research and evidence has influenced both national and international legislation and policy. Their work continues to investigate the lasting impact that microplastic pollution has on marine biodiversity and organisms and uses a solutions-focused approach to preventing further damage to our precious planet.

Washing clothes releases thousands of synthetic microfibres into our oceans

Our research has identified synthetic fibres released as a result of washing of textiles as a major source of microplastics. These are sometimes too small to be captured by washing machine filters. Use of more natural fibres in clothing could help to reduce these microplastics, whilst increasing the longevity of garments. Microfibre filters added to washing machines could also form part of the solution.
Explore this research further

How does marine debris impact on sea fans?

Pink sea fans are corals which grow slowly off the coast of Britain. However, their fragile nature can often expose them to entanglement in marine debris which causes them to break off. They create important feeding habitats for our marine species so protecting them is important. Reducing and removing marine litter from our beaches and oceans will help to prevent further damage to marine life.

Through our research, the IMLRU team have identified microbeads in rinse off cosmetics as a major source of microplastic pollution. They provided evidence to Defra and the UK Parliament in 2015 which led directly to a ban on the use of these beads in cosmetic products in 2018. Their influence has led to similar policy actions in other countries around the world.
Find out more about this influential and impactful research 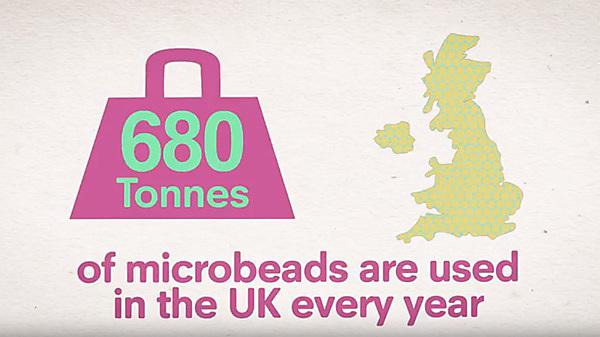 Turning the tide on plastics

has spent over two decades researching the accumulation of plastics in the environment. He discusses the benefits of using plastics in everyday society and reviews the life cycle of plastics. However, there are challenges within the current supply chain which make plastic usage a huge environmental problem. Working together towards a circular economy will help to reduce our environmental footprint from plastic usage, driving a more sustainable future.