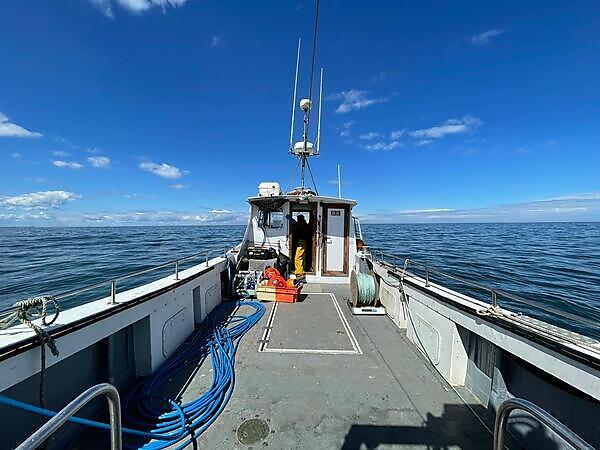 Identified by the Blue Marine Foundation as a potential ‘Lyme Bay style rollout site’, the St Abbs and surrounding Berwickshire coastline is regarded as a site of both ecological and socio-economic importance.

Designated in 1984, the Berwickshire Marine Reserve (BMR) is the only voluntary marine reserve in Scotland and the second oldest marine reserve in the UK. It extends along 9 km of the Berwickshire coastline in southeast Scotland and encompasses St Abbs. Notable for its rich marine biodiversity, due to converging northern and southern currents, the area is home to soft corals, sea caves, rocky reefs and kelp forests. The BMR is widely regarded as one of the top dive sites in the UK and is also an important site for commercial static gear fishing.

The BMR itself sits within a multitude of Marine Protected Areas (MPAs) which recognise its national and international importance, which include the Berwickshire and North Northumberland marine Special Area of Conservation (SAC) and a Static Gear Reserve that bans the use of any mobile gear in an area which encompasses the majority of the BMR.
The BMR’s long history has fostered a strong community voice for improved marine management. However, in recent years, gaps in data persist for many marine habitats, fisheries and stakeholders, like for many MPAs around Scotland.

Blue Marine Foundation aims to work with the community of Berwickshire to create a template for well protected and sustainably managed MPAs in Scotland following a Lyme Bay style model, protecting coastal areas at the wholesite level.

In 2021 the first year of ecological monitoring was undertaken by applied Marine Ecosystems Research (aMER) and will establish a comprehensive ecological baseline for the area and represents the first year of a long term monitoring program in Berwickshire. This work will address data deficiencies to further the understanding of the habitats and important species in Berwickshire and ultimately will support and inform future management of the MPAs moving forward.

Towed and baited underwater video were deployed across areas inside and outside the different MPA designations to assess the sessile and mobile reef associated assemblages.

Following on from work in Lyme Bay by Davies et al. hydrophones were deployed to assess how different levels of protection may influence the abundance of noise. Unlike a large proportion of research of underwater sound, this research will try to understand the abundance, complexity and volume of noises produced by the whole benthic ecosystem. Outputs will be compared between the underwater noise and abundance of species we are recording on the towed and baited video. Hydrophones were for over 24 hours to also describe daily patterns, such as dawn and dusk choruses

A short clip from the towed flying array of the benthic habitat inside one of the Berwickshire Marine Protected Areas, May 2021 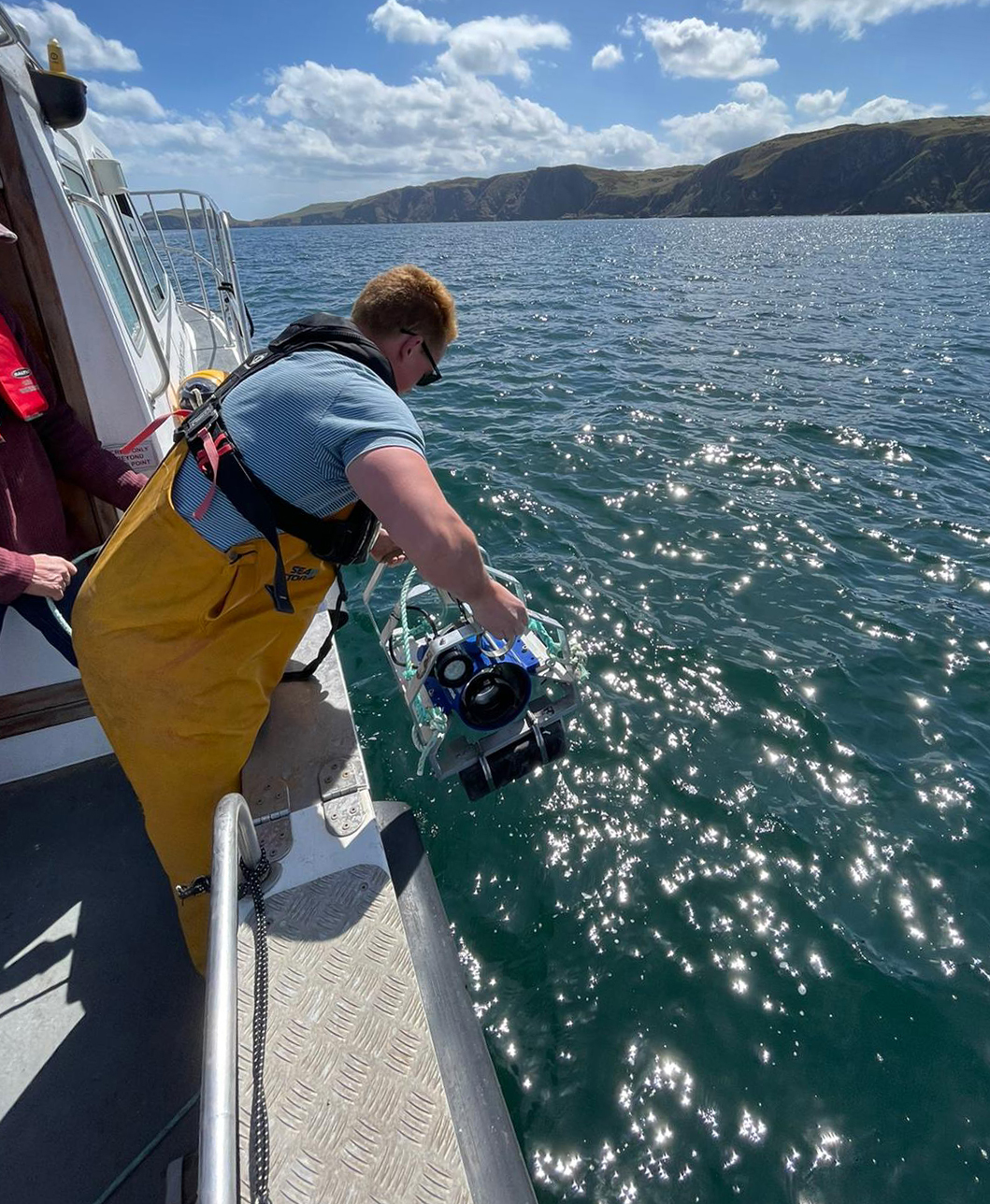 Bede Davies deploying the hydrophone for the first time 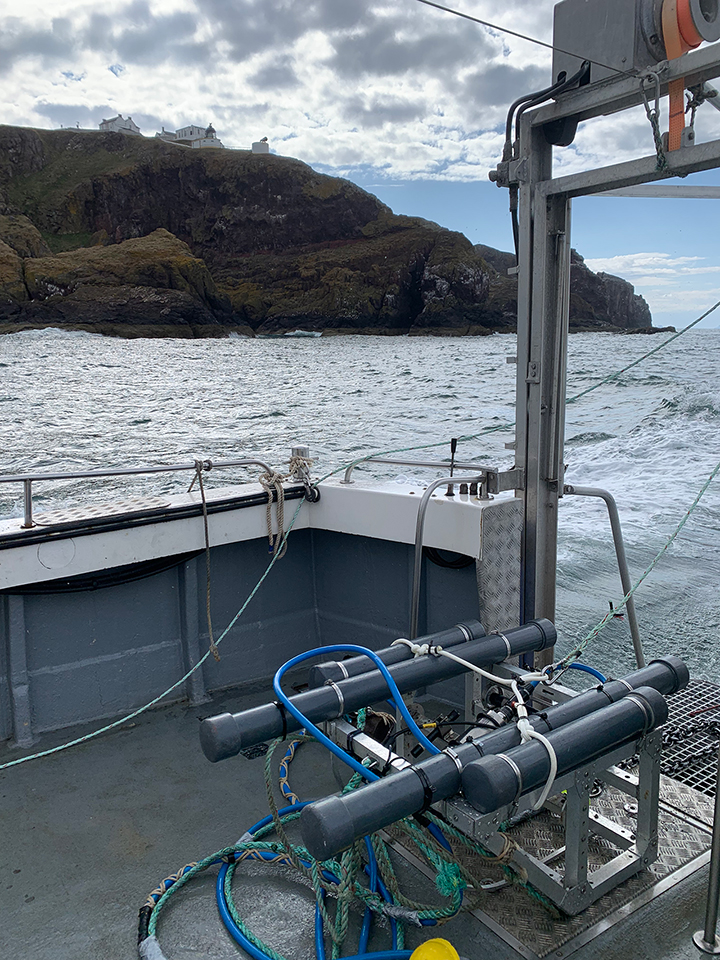 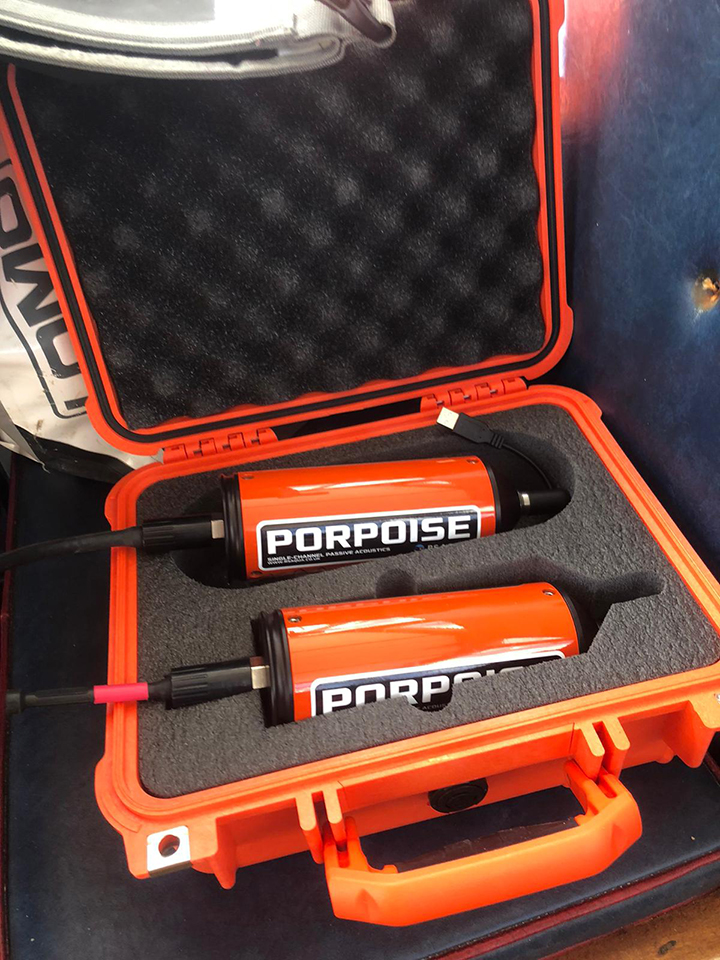 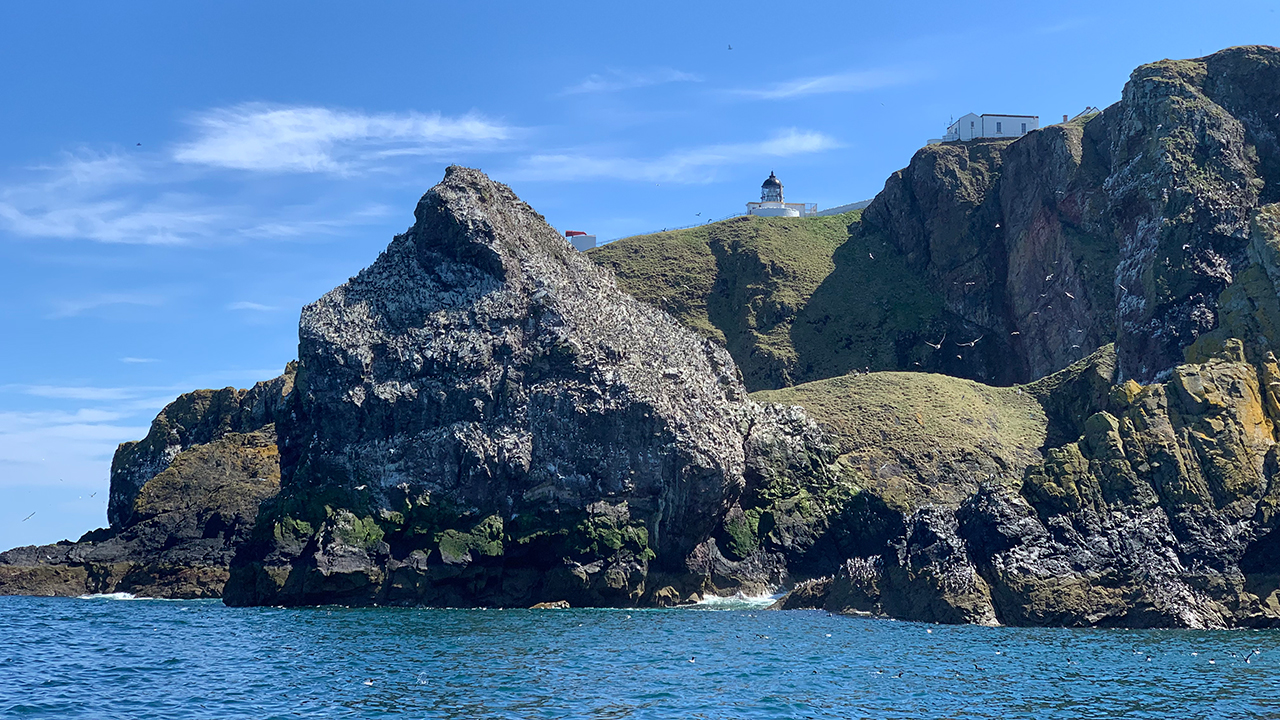