This event brings together for the first time the Arts, Sciences and Social Sciences for an international dialogue to explore the intersection between displacement, disaster risk reduction and creativity.

Joining leading experts at the University of Plymouth, some of the biggest international names involved in policy-making, funding and disaster risk reduction such as Professor Nasser Yassin and Professor Virginia Murray as well as other reputable researchers in the fields of contested arts practice and heritage, and migration geographies such as Dr Diana Walters, Dr Ahmed Masoud and Dr Elena Fiddian-Qasmiyeh who will be debating, informing and uncovering collectively with established researchers and charity personals critical areas of research in displacement.

This fantastic opportunity of collaboration with thought leaders and influencers provides the perfect platform to launch the Displacement Studies Research Network, which will connect University researchers aligned to the Global Challenges Research Fund, with the leading national and international interdisciplinary research community in this area.

Join the conversation on social media with #Plymresfest and #PlymDisplacement.

The Displacement Studies Research Network based at the University of Plymouth seeks to provide a voice for the displaced and facilitates a platform for research projects with our global partners.

In recent years, conflict, poverty, and natural and human inflicted disasters have caused an unprecedented rise in the numbers of internally and externally displaced persons and forced migration. Plymouth has witnessed a steady increase in the number of charities, development and support programmes for asylum seekers and refugees since acquiring the status of the centre for arrival and distribution in the South West of England.

The Displacement Studies Research Network seeks to provide a voice for the displaced and facilitates a platform for inter/trans/cross-disciplinary research projects with our global partners.

Doing so provides a research embedded opportunity to officially launch the network and connecting faculties and research active staff in fields related to the Global Challenges Research Fund (GCRF), and the international, regional and local networks of academics and researchers, policy makers, NGOs, and charitable organisations.

This event will further strengthen our external networks and establishes Plymouth as a leading interdisciplinary displacement studies research community.

The event is sponsored by the University's Arts Institute, the Responsible Entrepreneurship and Social Innovation Research Group within the Institute for Social, Political and Enterprise Research (iSPER), the Sustainable Earth Institute, and Research and Innovation.

In her role in Public Health England, Virginia is taking forward work on evidence base information and advice on flooding, heat, cold, volcanic ash, and other extreme weather and natural hazards events. In addition to this, Virginia is a Coordinating Lead Author for the Intergovernmental Panel on Climate Change Special Report on Managing the Risks of Extreme Events and Disasters to Advance Climate Change Adaptation, published in March 2012.

Virginia is the UK government member on the UN International Strategy for Disaster Scientific and Technical Advisory Group, a Visiting Professor in Health Protection at Imperial College and King’s College, and Policy Fellow Alum at the Centre for Science and Policy.

Nasser co-chairs the AUB4Refugees Initiative that aims to bring together and build synergy among faculty and departments in AUB responding to the Syrian refugee crisis. His research and practice interests are in development planning and policy-making in fragile states. His work looks at how civil society actors, community groups and informal networks can influence policies as well as development and humanitarian programs. He is author of more than 30 internationally published articles and reports.

Prior to this, Andrew worked for extended periods in Africa and the Middle-East including voluntary service. He has led the establishment of the world’s first disaster management and sustainable development postgraduate programme, and currently the Disaster and Development Network.

Elena's research focuses on the intersections between gender, generation and religion in experiences of and responses to conflict-induced displacement, with a particular regional focus on the Middle East. She has conducted extensive research in refugee camps and urban areas including in Algeria, Cuba, Egypt, France, Jordan, Lebanon, South Africa, Syria, Sweden, and the UK.

Elena is the Principal Investigator leading the Refugee Hosts project, and coordinator of UCL's Refuge in a Moving World Research Network. In addition, she is Co-Editor of the Migration and Society journal and Co-Editor of the Religion and Global Migrations book series.

Ahmed is a Palestinian writer, director and academic based in the UK, and author of Vanished – The Mysterious Disappearance of Mustafa Ouda. In 2014 Ahmed was awarded an Arts Council grant to produce and write a play on the Syrian crisis, entitled Walaa – Loyalty. In 2015 Ahmed put on a production entitled The Shroud Maker at Amnesty International which has been stage read in 2016 by actor Maxine Peake and in 2017 by Kathryn Hunter.

In May 2017, to mark the 50th anniversary of the Israeli Occupation in Gaza, West Bank, Jerusalem and the Gollan Heights, Ahmed put on a production in partnership with Amnesty International UK entitled Camouflage.

Diana works with museums and cultural heritage as tools of engagement, development and inclusion across many Cultural Heritage without Boarders programmes and activities. She has a PhD in museum studies and has a background in education, the heritage industry and research.

David manages the Red Cross Refugee Support and International Family Tracing in Cornwall, Devon, Dorset and Somerset. He is an advocate on refugee issues at local, regional and national level, and is the founder of Plymouth Hope – a charity which promotes social inclusion for the public benefit by preventing people from becoming socially excluded.

David is also a graduate from the University of Plymouth where he studied international relations.

Martin’s main research interests include: the broad field of issues of environment and development in the developing world, new forms of tourism and their association with notions of sustainability, development aid projects, disaster management and, issues of transport planning.

Rosie is the Director of Plymouth Law School’s Law Clinic which offers free legal advice and information in specific legal areas. One of these is the Refugee Family Reunion project, which runs in partnership with the British Red Cross in Plymouth.

Rosie is the Office of the Immigration Services Commissioner regulated supervisor of the project which works to reunite families separated by conflict and persecution, and is the Convenor of the South West regional subcommittee of the Immigration Law Practitioners Association and also a member of the Refugee Asylum Seeker network in Plymouth. Rosie runs a voluntary outreach group for asylum seekers and refugees to attend events and activities in her home village in Cornwall.

Sana is an urban theorist and an experimental architect. Her main research interest is in the field of critical urban theory with a particular focus on the transient conditions of marginality and displacement. Her work focuses on linking contemporary spatial and urban philosophy and current critical theories of social practice in order to reveal the conditions of the marginalised, the contested and the peripheral in any inhabited situation/urban context.

Iain's long-standing research interests are in interdisciplinary investigations of geological hazards (earthquakes, volcanism, tsunamis) and abrupt environmental change, and more recently in the communication of ‘contested geoscience’ to the public.

As part of his geo-communication he regularly presents Earth science programmes for BBC television, including Earth: The Power of the Planet, How Earth Made Us, How To Grow A Planet, The Rise of the Continents and, most recently, Planet Oil.

Discover more about our research in the following areas: 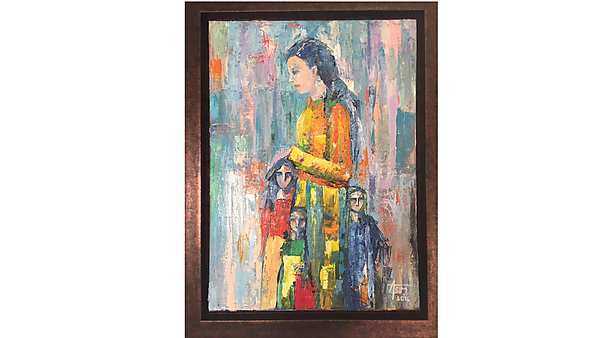 Feedback from the launch of the Displacement Studies Research Network

Thank you to everyone attended the launch of the Network on 25 January 2018 and who shared their feedback on what we did well and how we can improve in the future. We have listened and are already incorporating your recommendations within the planning of our future events.

What we did well:

1. Quality and clarity of the presentations.

2. Expert speakers from a wide range of disciplinary backgrounds.

3. Bringing together presentations from policy frameworks, theoretical frameworks, and applied research with refugees.

Where we can improve:

1. Include more time for networking.

2. Include more time for Q&A following each presentation.