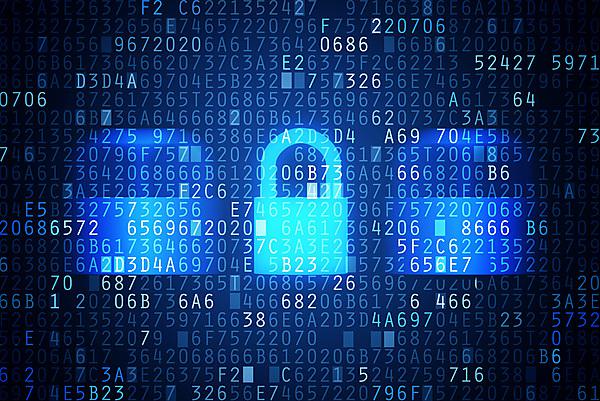 As the ramifications of the Brexit vote continue to unfold, many areas of our everyday life are called into question. What does our national future look like and how do we negotiate a path towards greater prosperity and security? Defence and national security are two particularly pressing areas of debate given the Brexit vote, the advent of a new administration in the United States, the threat of terrorism and the recent findings of the Chilcot inquiry. We face challenges and difficulties, made more urgent by uncertainties over the policies of the Trump administration and growing tensions with Russia, but in the midst of uncertainty and difficulty there is opportunity.

Many would argue that the UK’s status as a genuine global power has been eroded over recent decades, and others would suggest that leaving the EU will only compound that. But the fact remains we are still a founder member of the North Atlantic Treaty Organisation (NATO) and one of the five permanent members of the United Nations (UN) Security Council. We continue to be a major international power, and that importance may well have to grow. Brexit means that the UK has to play a world role, instead of a more narrowly European role and, depending on the policies of the Trump administration, the British Government may well have to shoulder a heavier burden in upholding the values of an international system on which the success of the British economy will depend.

So how do we go about maintaining global influence in the interests of the economy, moving away from the UK being no more than a middle ranking power with a regional focus on Europe? And in doing so, how do we ensure Britain continues to make its presence felt along the trading networks on which the nation’s post-Brexit prosperity will depend? As an island nation we need to import the vast majority of the food and goods that fill our supermarket shelves. We also need to export the manufactured goods that allow us to pay our way in the world, which create jobs and, in turn, funds the NHS and pensions via taxation.

While we will continue to retain links with Europe, Britain’s vital national interests will, in a post-Brexit world, extend around the globe from Asia to Africa to South America and beyond along the trade networks. In a post-Brexit future, any threat to the world trading networks on which the British economy will increasingly rely is a threat to national security. As we expand our trading network defence co-operation needs to underpin trading links, and the UK needs to work with existing partners, to reforge historic links with Commonwealth partners, and to found new relationships with emergent powers.

It is naval power which can most effectively and unobtrusively police and defend Britain’s post-Brexit trading links since it is the sea which carries the vast majority of our imports and exports. Ships can move unobtrusively and quietly through international waters. They don’t generate awkward and costly issues to do with basing, or overflying rights. Sea power can provide the cost effective means to quietly protect Britain’s trading and overseas interests.

So UK defence policy should rest on key capabilities for the Armed Forces to provide UK home defence, in particular the ability of the Royal Navy to defend British territorial waters, to defend Britain’s global trading network and to police and, if need be, to project combat power (carrier-based airpower, amphibious operations) over large parts of the earth’s surface.

Dr Harry Bennett, Associate Professor (Reader) in History, talks about the potential impact of Brexit on our national security and issues including NATO, the Chilcot inquiry and our place in the global hierarchy.

The Royal Navy can fly the flag for Britain in those areas where we need to establish trading links. At the same time it can do much global good by combating the smuggling of people, drugs and arms, assisting countries beset by catastrophic events such as typhoons and monitoring the environment and climate change.

An investment in our defence can also do much good at home. The removal of EU laws on competition and state subsidy mean the UK has an opportunity to invest in key industries which support defence including shipbuilding, aerospace, steel and electronics which can additionally (via trickle-down) boost the UK STEM industries, boost jobs and play a role in regional redevelopment and national cohesion.

Investment and research and development in defence industries can spill over into the private sector shipbuilding, shipping, aerospace, and manufacturing industries with the growth of world transport already established as one of the features of the 21st Century. The search for efficiencies in the military sphere can support greener transport options in the civilian sector.

Investing in UK defence industries can also spur important new partnerships. These partnerships can be between states, and between companies, in the way that the European project was underpinned by partnerships in aviation (Tornado, Typhoon). Within the UK those partnerships, and the need to defend the whole of the British Isles (no matter what the internal constitutional arrangements), can also provide a focus for efforts to renegotiate the relationships between England, Scotland, Wales and Northern Ireland.

Throughout Britain’s history, even after the First World War as the nation entered an earlier period of austerity, there have been close links between naval and foreign policy, business and regional prosperity, employment and the politics of the British nation state. The provision of ships for the Royal Navy, has always involved a chain of consequences which span national life from success in the global economy, to the relationships within the UK through to prosperity on the streets of Plymouth or Paisley, Sheffield or Sunderland, Belfast or Bridgend.

But reform is also needed. We have to decide as a nation where we invest for the future and short term political concerns can weigh heavily on those decisions. We also have to decide how any investment in defence is best managed. The Chilcot inquiry demonstrates that the Ministry of Defence, and the relationship between politicians and the military, is not fit for purpose. Do the service chiefs have the freedom to speak out on issues of national defence, and does the Ministry of Defence (even a reformed one) constitute the best means to support our armed services? The findings of the Chilcot inquiry suggest serious failings might still need to be addressed.

A greater degree of separation between the military and politicians, with the former having sufficient authority to stand up to undue political pressure is called for. There also needs to be greater liaison between service chiefs and Parliament to ensure UK defence needs are better understood beyond the immediate confines of the government. And there is need for further overhaul of the Ministry of Defence and its methods. The taxpayer needs value for money, and the voice of our armed forces must be heard even when the message runs counter to what is politically desirable.

As those who led the Out Campaign recognised, the vote for Brexit was a vote for revolution. Like most revolutions they create their own momentum and they raise questions about every aspect of the status quo including trade, foreign policy, defence and national security. Who we are as a nation, what we do and where we invest, how we do it, who leads it and how it is managed, who benefits and why are just some of the questions which Brexit raises.