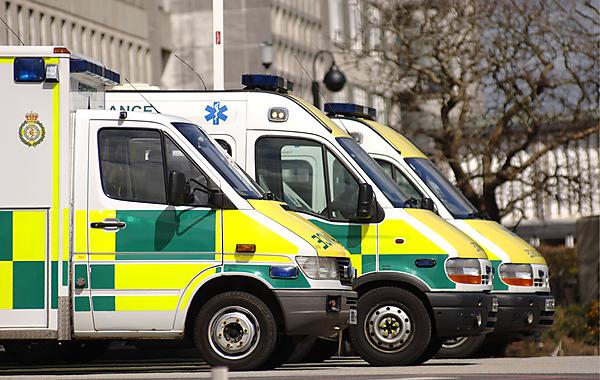 Throughout the European Union referendum campaign, the National Health Service was used as something of a bargaining chip. Promises that savings on our contributions to the EU could result in multi-million pound annual investments in the NHS generated front page headlines, clearly wooing many supporters to the Leave campaign. Health tourism was criticised, whereby European citizens are able to secure treatment within our NHS – arguably stretching resources even further – but the benefits of this reciprocal arrangement to UK citizens abroad received little or no media coverage.

No sooner was the result of the vote revealed than the pledges vanished into the ether, lacking any actual substance or plan of delivery. Many voters felt misled and disillusioned.

The decision for Brexit threatens to escalate problems which have been building up in the NHS over recent years. The NHS needs funding. The NHS needs more staff. Demands are escalating due to the increases in an ageing population, long-term conditions and mental health issues. In short, the NHS is facing a perfect storm. This perhaps most valued and cherished of our national institutions is in very real danger of collapse, like a pack of cards. It is, however, a very complex being, and it is essential that decisions affecting its future are not made in isolation.

The British Social Attitudes Survey has shown that, since 2015, dissatisfaction with the NHS has risen by eight per cent. The main reasons cited were longer waiting times, staff shortages and a lack of government funding. Arguably, you could say that, were it not for our migrant workforce, that figure could have been far higher.

From the healthcare perspective, one of the key positive elements of our EU membership has been the free movement of workers, supported by legislation which enables reciprocal recognition of professional qualifications. In recent years, the NHS has struggled to keep pace with demand – so much so that it has become ever more reliant on overseas staff, including increasing numbers from EU countries, to bolster its overstretched workforce.

Legislation restricting this free movement could have a devastating impact on health and social care in both the short and long term. Declining staff numbers would stretch the NHS to breaking point. While the Brexit vote would suggest that the majority of British citizens want a reduction in movement from Europe, this is clearly one area that should not be touched if we want to preserve – let alone enhance – the work of our health service.

Of immense concern to many professional registrants (whose codes of conduct require anti-discriminatory practice) as well as members of the public, is the negative impact on the feeling of ‘belonging’ experienced by those from other nations since the outcome of the Brexit vote. Some NHS staff have become the subject of racist abuse, targeted for a perceived negative impact that they are having on the UK regardless of the vital work they are doing to keep the country running and healthy. Some have plans to return to their home countries; others realise they may be forced to do so against their will. They are working in an environment in which they are meant to be caring for others, and yet they themselves are feeling anxious and vulnerable.

The referendum result also has an impact on healthcare education. Not only are clinical specialists but also experienced academics under threat from these anticipated restrictions on movement. A rich pool of expertise and diversity of knowledge and skills is in jeopardy.
Before June’s result, the Government had indicated that it would be scrapping NHS bursaries for nursing, midwifery and allied healthcare students as a way of cutting the service’s annual budget. The future funding of clinical psychology training remains unclear. With the uncertainty placed on staffing numbers by the Brexit vote, the last thing we need to be doing at present is putting barriers in the way of those wanting to join key health care professions. If anything, more should be being done to attract – or indeed incentivise – potential new recruits.

The academics from our Faculty of Health and Human Sciences examine the many and varies potential impacts of Brexit on a health service already facing considerable challenges. 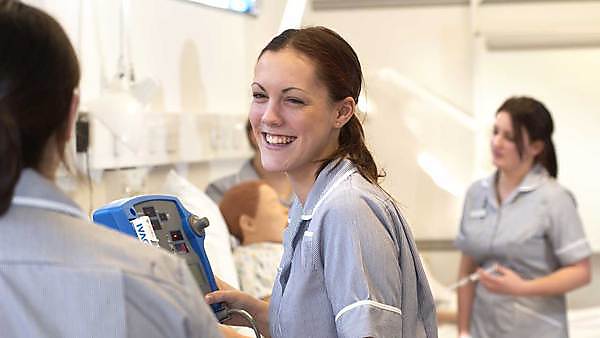 In an ideal world, from a health service and healthcare education perspective, retraction of this decision would seem an appropriate way forward – at least until the full impact of the Brexit process can be assessed and digested. Similarly, changes to existing EU legislation should be restricted to a minimum to avoid over-complicating professional regulation and delaying setting of educational standards. Other decisions made about hospital closures and reductions to social care facilities also need to be urgently reviewed.

Healthcare research is also at risk. Over recent decades, productive partnerships have been established between experts in the UK and those across Europe and beyond. These have led to the development of initiatives and treatments that have had positive impacts on patients across the continent and wider world. To risk losing the sharing of knowledge and innovation now would be a wholly retrograde step.

Across the country, researchers are already noticing the impact of the Brexit process on both existing and potential projects. Doors to external funding opportunities are closing. Researchers in the EU are seeking alternative partners. The Government needs to act to ensure that productive ties with Europe are maintained – increasing funding of projects to which others can be invited, and giving out a clear message that this nation is very much open for academic and clinical business.

It would be wrong to suggest that Brexit is the causative organism of the malaise of the NHS. Insufficient investment means that this institution has been in considerable ill-health for some time, but there is genuine concern that the referendum decision has exacerbated its condition and provided a gloomier prognosis – although things are not terminal quite yet.

To save the ‘patient’ which is the NHS itself, increased funding – as was promised by the Leave campaign – is paramount. While every government department will sing the same tune, nowhere is this more apparent than in the NHS – an institution from which we all benefit in our lifespan. It is important that this investment is not restricted to clinical services; social and healthcare education and research are crucial to the continuation of an expert workforce and effective treatment. Maintaining the free movement of workers in all spheres is also essential.

Professionals in clinical and academic practice need to be listened to; who better knows what is really happening at the coal face, and the potential implications of decisions? Representatives need to be consulted at the highest level, and groups such as the Cavendish Coalition must be recognised for their expertise as they seek to inform government policies. It is essential that these are not developed in isolation. It is only by working together in a bottom upwards and lateral approach that the government will avoid a domino effect that pitches the NHS into oblivion.

We need to emphasise the positives of the NHS – so much goes right, but this can be lost in a mire of criticism and complaint. People both delivering and receiving care need to feel valued as individuals. As Don Berwick put it in his government commissioned review of patient safety in 2013: we need pride and joy in work, not fear, to infuse the NHS. Efforts to achieve this should be prioritised, reaping positive rewards – not least of which may be an actual reduction in financial costs. We need to be promoting the NHS – and the country – as a welcoming environment and a caring and compassionate community which invests in people. Then – and only then – does the NHS stand a chance of surviving in these challenging and changing times.