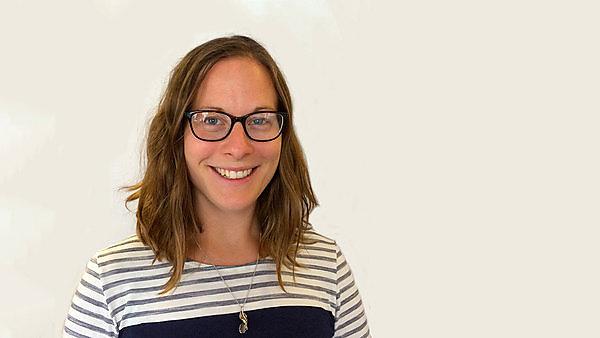 “I worked on INK, the University of Plymouth literary magazine for two years, becoming the Managing Editor of the magazine in the second year. I gained so many valuable skills working on this magazine.”

After graduation I was offered an Assistant Editor role at F&W Media in Newton Abbot. I had previously undertaken a month’s work experience there. I progressed to Desk Editor and stayed almost two years. I then moved to Imagine Publishing, based in Bournemouth, as Production Editor working on bookazines and gained a great insight into magazine publishing. I eventually left to take up my current role as Editor in the Kit & Gift department at Parragon, Bath. I have been at Parragon for nearly two years.

My degree has been valuable in helping my career – to work as an editor in publishing, a degree in English is usually essential and I don’t believe I would have been offered my previous editorial roles without my degree.

No, since graduation I have progressed in publishing. I have gained experience working at both book and magazine publishers and, although very different, I enjoyed both immensely.

I really wanted to work in London – this is where the biggest publishers are based – and I felt that in order to be successful and progress further, I would need to work there. However, publishing in London is highly competitive. It’s important to keep trying but also to consider gaining further experience elsewhere first, so that you are more desirable. Facing up to that, and letting the idea of London go, was difficult.

I work on licensed products at Parragon, including Disney, Warner, and Marvel. I have been to licensing showcases, having sneak-peeks into upcoming movies or TV shows, and I attended the Batman Vs Superman premiere after a Warner showcase. I also work on some movie products, which means that I get to read the scripts before the movies are made so that we can write the book content and get our product on-shelf in time for the movie release.

I would have tried harder to get unpaid work experience placements in London so that I would have been in a better position to get a paid publishing job in London after graduating.

Start gaining work experience as early as possible. Try different areas of publishing – do you want to work in editorial, design, production, or marketing? Do you want to work in fiction, non-fiction, academic journals, or magazines? Don’t expect to work in fiction – this is incredibly hard to get into and actually other areas can be just as interesting. Get InDesign and start playing around with it – you will need to know how to use it in publishing, whether as an editor or designer.

I worked on INK, the University of Plymouth literary magazine for two years, becoming the Managing Editor of the magazine in the second year. I gained so many valuable skills working on this magazine, including some basic InDesign training. I also found the University’s careers showcase valuable for networking.

I undertook voluntary placements, outside of my course, organised by myself. These were valuable in helping me to decide what career path I wanted to take. Placements are great for networking and the reason I was offered a permanent job after graduating.

Working on the University’s literary magazine and organising a launch party at the end of it. We invited our friends and family, fellow colleagues, and staff to showcase the fantastic range of art, stories, and poetry included in the magazine. It was a fantastic celebration of all our hard work and talent.

I found the services, staff, and course to be exactly what I wanted and expected. There had recently been a lot of development on campus, creating nice new lecture halls and a great library. The campus is in the heart of the city and the city is in the heart of Devon – a fantastic place to explore and clear the mind during down-time.

If you would like to find out what other relevant alumni from the Faculty of Arts, Humanities and Business are currently doing, please visit the humanities and languages interest area.