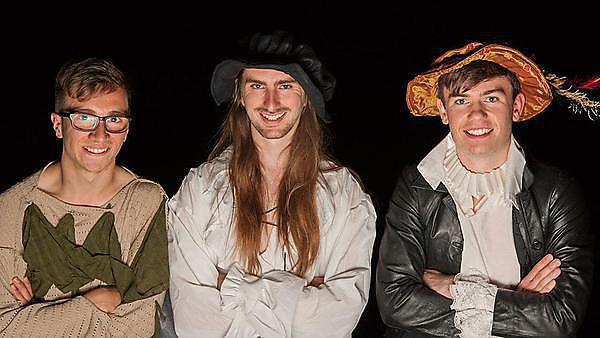 “Embrace all aspects of university life as much as you can because the years that you spend there will create the best memories: ones that you can cherish for years to come!”

How did Drake’s Drummers come about?

We all met through the University of Plymouth Amateur Dramatics (UPAD) as we were all on the committee in our final year. We took an original comedy show written by Cal and myself along with a friend, Jake Bolton, with some actors from UPAD to the Edinburgh Fringe 2014. We had a great time in Edinburgh, as well as receiving good critical acclaim, and decided to have a go at continuing our new theatre company. When back in Plymouth we received a commission for a new show for an established company and have continued from there.

Cal: Since graduation our career paths have been pretty similar: the company has been the main thing we've been focusing on. We've all put a lot of hard work in, and I think one of the most surprising things we've found is that ‘performing’ is only a small part of running a theatre company. So many hours are spent on meetings, budgeting, devising… we've found that this is much more of a business than we perhaps thought it would be.

Cal: A lot of people ask me personally why I'm going into theatre with a BSc in geography, and I'm sure Plum gets asked the same too, but I wouldn't change the degree that I have, even though I'm on a different career path to what I had planned three years ago.

Plum: I think the most difficult thing is getting your name out there, with so many theatre companies in the country it can be really hard and it is no exception for us. Luckily other artists in the emerging Plymouth theatre scene have provided us with great advice on how to deal with this.

Adam: Studying at Plymouth introduced us all to the University of Plymouth Amateur Dramatics Society, which ultimately gave us the confidence to continue drama and theatre based work.

Adam: My favourite memory would have to be graduating from the University after three incredible years of new friendships and academic achievements.

Plum: I have so many great memories from university: meeting friends, fieldwork in South Africa, society awards events, graduation. It would be too difficult to pick just one.

All: Embrace all aspects of university life as much as you can because the years that you spend there will create the best memories: ones that you can cherish for years to come!

Learn more about the courses studied by Plum, Adam and Callum:

Much ado about Drake's Drummers

"We were writing a play called Shakespeare’s Avengers Assembleth, in which we took these iconic characters – Shakespeare in the Nick Fury role, Romeo, Hamlet, Lady Macbeth, Ophelia and Brutus – and we smashed them together with as little subtlety and tact as possible."

Learn more about Drake's Drummers in our Connect magazine interview. 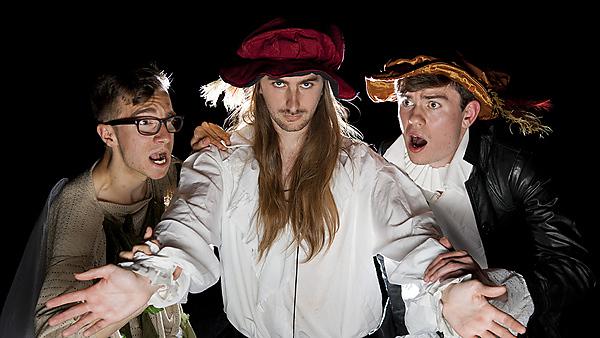