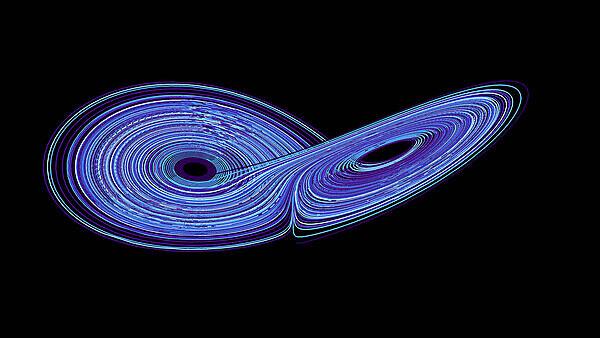 This module introduces you to the theory of differential equations. You will learn both analytic and numerical methods of solution, incorporating modelling using Python.

Solving a differential equation requires techniques from calculus (differentiation, integration), and also data. For example, suppose you can solve the differential equation which tells you how the speed of a car changes during some elapsed time; to work out the final speed of the car, you also need the initial speed, to which you add the change. The initial speed is a piece of data called an 'initial condition'. Systems which show extreme sensitivity to these initial conditions are called `chaotic', and are studied in chaos theory.

The video shows an example of a chaotic system of particles, in which small changes in the initial positions of the particles leads to large changes in their subsequent behaviour. Chaos theory has applications in cryptography, in theoretical physics, and in modelling weather patterns.

Did you know that the differential equation which describes the change in price of stock market options is, in disguise, the same equation that describes how heat diffuses through materials?