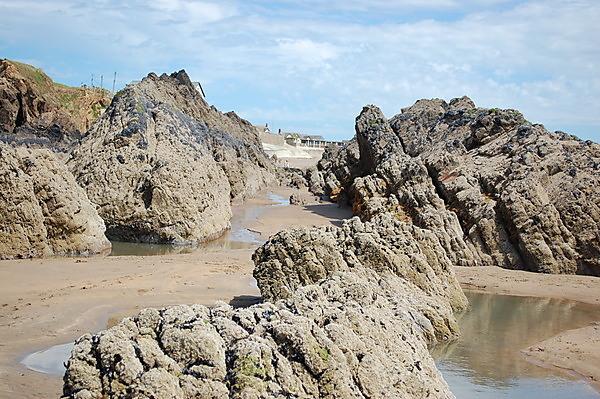 A temperature increase of around 1.5°C – just under the maximum target agreed at the COP23 Paris meeting in 2017 – can have a marked impact on algae and animal species living on UK coastlines, new research has found.

The study, by ecologists at the University of Plymouth, examined how increases in rock surface temperature were affecting the quantity and behaviour of species commonly found on the shorelines of Devon and Cornwall.

It focused on two sites on the region’s north coast (at Bude and Croyde) and two on the south coast (Bantham and South Milton Sands), all of which have deep gullies with both north-facing and south-facing surfaces.

Their findings showed the average annual temperature on the south-facing surfaces at low tide was 1.6°C higher than those facing north and that temperature extremes (i.e. > 30°C) were six-fold more frequent on south-facing aspects.

Across the four sites, these differences had a significant effect on species abundance with 45 different species found on north-facing sites during the summer of 2018 compared to 30 on south-facing ones.

In winter, the figures were 42 and 24 respectively, while some species – including the red seaweed Plumaria plumosa and sea cauliflower (Leathesia marina) – were restricted to north-facing surfaces. 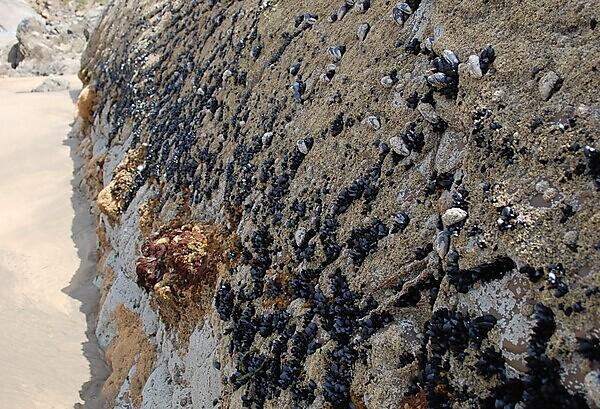 The research, published in Marine Environmental Research, is the first to explore the association between temperature and site geography on species abundance, physiology and reproductive behaviour in coastal areas.

Its authors say it provides evidence of how temperature variation at local scales can affect species while also offering an insight as to how future changes in global temperatures might have a negative impact over the coming decades.

“We have all heard for some time about the importance of limiting average global temperature increases to 1.5°C, and it will undoubtedly be one of the key topics discussed at the forthcoming COP26 conference. This study shows the impact even that kind of increase could have on important species that contribute to the health and biodiversity of our planet. As such, it does add to overwhelming evidence of the threats posed by human-induced climate change.

“However, more than that, it shows how the pressure on different species can change even within individual locations. For example, we recorded a temperature of 42.5°C on a south-facing surface at Croyde at the same time as 22.5°C was measured on the opposite north-facing side. We believe this shows such sites can be used as a ‘natural laboratory’ to inform and predict how species and habitats might respond to climate change over the coming decades.”