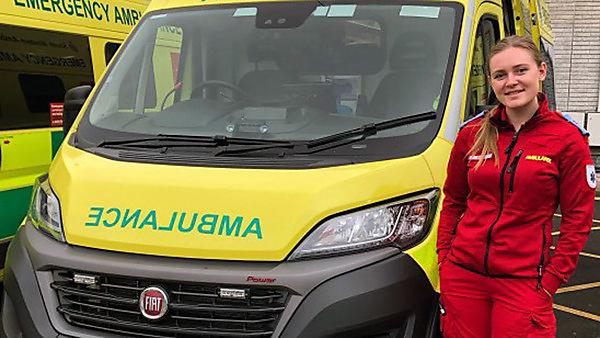 Emilie had a steep learning curve both academically and linguistically during her Erasmus+ Traineeship in England and plans to work abroad after completing her paramedicine degree back home at the University of Stavanger.

Plymouth is a student city with a lot of energy, history and sights.

“I experienced the population as very welcoming, open, and outgoing. It was easy to get to know and talk to the English.”

She further points out that the English are very polite, and that she was told that it was important to be just as polite back. Most were very curious about Norwegian culture and showed interest in her having come to Plymouth to have an internship in the ambulance service there.

“During my stay, I visited the pub, went on a weekend trip to Cardiff and London, visited the aquarium and the Mayflower Museum and the Barbican harbour area.”

Emilie met local second-year students when they attended their skills training where they practiced intubation, intraosseous venous access and insertion of a venous cannula.

“It was very social the days I was with HART (Hazardous Area Response Team). I got to know them well through skills training, breaks and assignments. My traineeship was a fantastic professional, linguistic and self-developed experience which I would recommend to anyone else. You get a good professional and cultural experience where you can build networks and make acquaintances across national borders. It is also an opportunity to develop oneself and gain a different perspective on the emergency medicine subject. One can see moments a little from the outside and see the advantages and disadvantages of how the services work and are built up. It is also an opportunity to experience a new place and learn about new culture.”

Emilie highlights improved English skills because of her stay, especially in connection with professional language under, sometimes, stressful and acute situations. Her self-confidence when it comes to speaking English has increased, which will be useful in meetings with foreign patients in the ambulance service back in Norway.

“If you choose to work abroad, there are jobs that do not exist in Norway in which I also had a few days of practice. It was very exciting and educational. It is also possible to take on more responsibility and opportunities leading to increased independence and higher delegation. You can, for example, print prescriptions for patients and make certain decisions without conferring with doctors.”

Emilie was assigned a supervisor who she followed and who was present at all events. She was able to set her own limitations, including choosing her own focus areas. The supervisor had a lot of confidence in her, which meant that she could perform as many work tasks as possible.

The biggest difference between being a paramedic in England was the language, the approach to the assignments and the cultural differences. Here I learned that it is important to be polite even in acute situations. There are also more people living in Plymouth and the surrounding area, which means a higher pressure on the service.”

She got the impression that the local population generally has a more relaxed relationship with emergency medicine than in Norway, which may be related to the fact that the service has a different structure. In Plymouth, for example, all patients that the paramedics meet are either treated at home or are taken the emergency room.

“This means that the local population would rather call 999 to get through the telephone queue faster, even though it is not necessarily an emergency situation. Thus, we experienced that there was a lower threshold for 'calling for an ambulance', as the help is the same no matter what number they call. Norway can learn and see that paramedics can be used in several areas in the health care system and that there is a possibility that one can become more independent without, for example, having to consult a doctor. It can remove a certain amount of work for the doctors and help to compensate for the lack of nurses.”

Emilie added that England also has something called the 'First Response Car', which is a smaller, mobile vehicle. This gets to situations faster meaning that they can clarify situations, prioritize or downgrade assignments or start rapid life-saving treatment before the ambulance arrives. They can also decide whether an ambulance is needed, which in turn can help relieve the pressure on the hospital.
Emilie has plans to work abroad after completing her studies and believes that the exchange stay has provided a good insight into how the subject is practiced abroad. 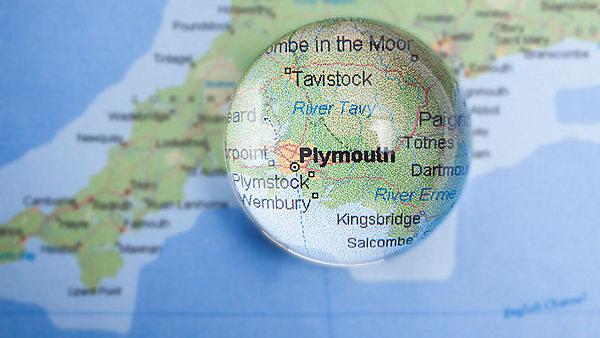