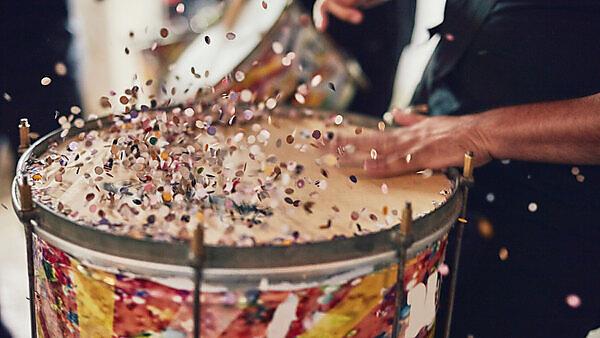 connects students with local community organisations, schools and businesses, as part of their degree. PUPOS provides an entirely mutually beneficial exchange; the students are able to gain crucial experience in a variety of sectors and build their personal and professional skills, while the external partners involved gain valuable support, knowledge and skill from students who are eager to put their studies and passion for music into practice
Harriet Drury, BA (Hons) Music graduate, was just one of the many music students who have benefitted from this scheme at the University of Plymouth. Throughout the course of her BA (Hons) Music degree, Harriet undertook many artistic and professional development opportunities through the PUPOS scheme. One such opportunity involved gaining experience teaching at local school, Torbridge High, where she delivered songwriting and band development workshops to students.

Through PUPOS, Harriet gained key skills and experiences, including: 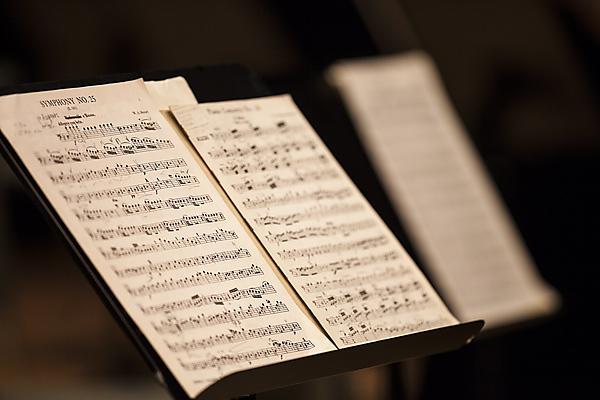 Harriet was also involved in several musical development projects throughout her time at Plymouth, many of which occurred during the COVID-19 pandemic. One key project that Harriet led on was the NHS project, working in collaboration with the Emergency Team at Derriford Hospital.
The project involved creating a music video featuring NHS staff singing to ‘Lean on Me’. A number of students, including Harriet, recorded the backing instruments and vocals, which were later edited into an inspiring and moving video of doctors and nurses from Derriford’s Accident & Emergency department singing to the popular track. The video has surpassed 24,000 views on YouTube and helped to keep people’s spirits up in a time of instability, fear and loneliness for many.

“My mum works in the NHS so it was important to me. If I could make the staff’s lives better and if they could feel happy... I was actually working at a GP surgery at the time because it was so overrun with paperwork and stuff, you could just see it every day, how stressed people were, it’s mentally taxing when you’re doing your best but it’s still not enough. So, there wasn’t a question in my brain of ‘will I do this?’, it’s not about getting paid for things like this, it’s more about the emotional validation that you get from doing something nice.” Harriet Drury, University of Plymouth BA (Hons) Music graduate

”I think in the creative arts you find people that you just sort of work well with and I think with Zoe we just work well together because we’re both very driven people, we know what we want and we’re not afraid to do it.” Harriet Drury, University of Plymouth BA (Hons) Music graduate

In February 2020, Harriet received an email from BA (Hons) Music Programme Lead and Manager of PUPOS Lee Whittock about the opportunity to meet some of the Plymouth College of Art and Design (PCAD) film students for a possible collaboration. Through this opportunity, Harriet met Zoe Jones. Since their initial meeting, the pair have completed a series of projects. The pair continue to collaborate on exciting projects over a year on.
The first project they collaborated on involved Harriet writing the music for a film Zoe was developing to submit to a competition. One of the key themes of the film and the competition sustainability, and so Zoe would send Harriet the music she was listening to at the time so that she could write something similar, adding the sounds of birds, wind and waves to fit the atmosphere and theme of the movie.

So my song writing is night and day, I’m a way better musician and composer from it now, and I met with Lee on Monday and we went through compositional technique, and I’ve actually managed to land that job in London through having a portfolio and I never would have had that portfolio without working with Zoe.”

During lockdown, Harriet and Zoe had to develop their projects with the limited equipment in a home setting. This made it more challenging, however, the two rose to the challenge and utilised the opportunity to achieve deeper levels of creativity through the remote project.

“It was tough, it had to be said. I’d just been shipped home and I had to do it on very minimal equipment, but I think that was actually a blessing in disguise because you can be really creative when there’s a limit to what you can do, so it really pushes you to be creative.” Harriet Drury, University of Plymouth BA (Hons) Music graduate 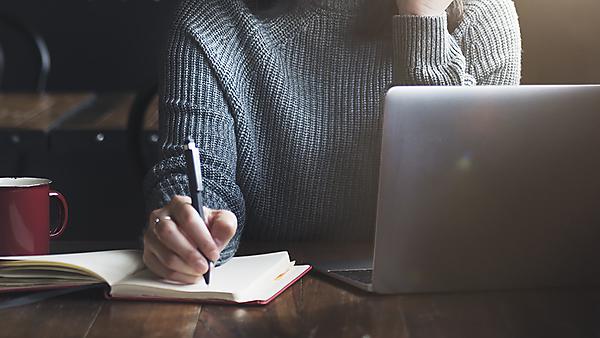 Lee Whittock recently won the SSTAR Big Thank You Award at the University of Plymouth Student Union’s 2022 ceremony.
Voted for by the students, Lee’s award is testimony to the commitment and hard work he demonstrates year on year to support his students’ personal and professional development through the PUPOS scheme.
Through Lee’s dedicated support and PUPOS’ ability to provide excellent opportunities throughout her degree, Harriet can now picture herself having a career as a professional musician. After all the help she has received from Lee, it doesn’t seem as daunting for Harriet to start a new chapter in her life.

"It’s not as scary anymore, it makes sense now I think, and Lee’s just been a massive help really...The thing with Lee, he’s very talented and he does care, and I think it really shows in his work, he’s always got time for you.” Harriet Drury, University of Plymouth BA (Hons) Music graduate

This case study was written by Kate Artamonova, a student from the University of Plymouth. Connect with Kate on LinkedIn. 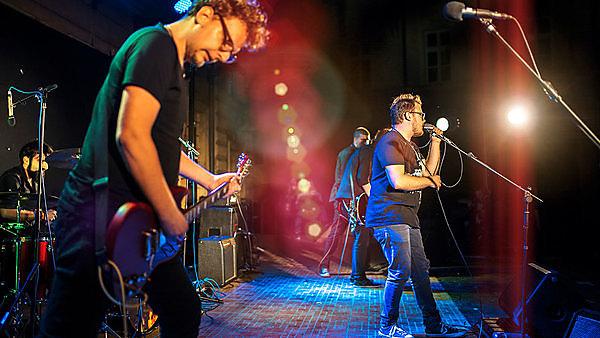 Join a vibrant community that combines versatile undergraduate programmes in music, performance, technology, composition and ethnomusicology with world-leading research in computer music and topics in musicology and creative practice.