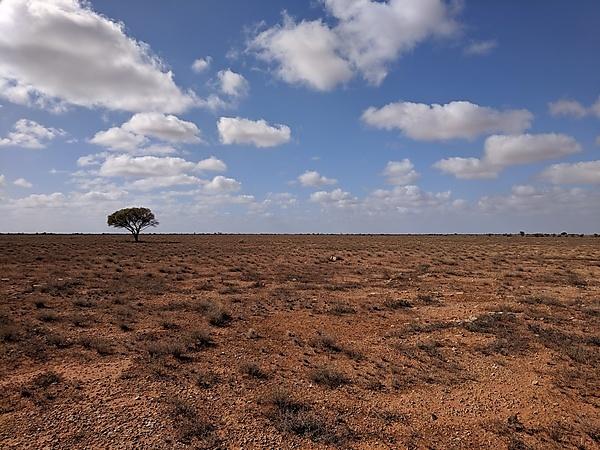 Geology was something that fascinated me from a very young age, and I always enjoyed stories of space exploration as well. It wasn’t until I was studying for my Master’s degree in Volcanology though that I really thought about the fact that we also had volcanic rocks from elsewhere in the Solar System.

These meteorites are time capsules from other worlds; each carries a record of its parent body at some other point in history – which could be 100 million years ago, or 4.5 billion years!

That sort of geological record – literally stretching through time and space – was too good an opportunity to pass up! 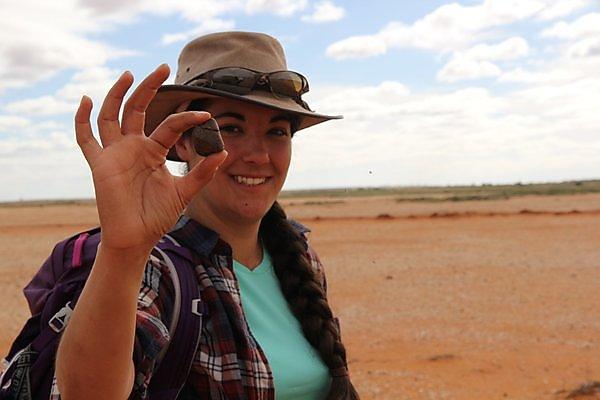 I started my research career as a PhD student at the Natural History Museum (NHM) & Imperial College London. I was lucky that being in NHM meant I had access to one of the finest meteorite collections in the world, so I could spend days trawling through drawers of samples looking for the elusive ones from Mars.

Because these samples are irreplaceable, we try to use as many non-destructive analytical techniques as possible to study them, so that we can preserve them for future generations – and future science.

My work involved the use of X-rays and infra-red light to characterise the samples in terms of their chemistry, mineralogy and structure, all of which can tell us something about where, when, and how they formed.

I was really lucky during my PhD that a new meteorite was observed falling to Earth, and was recovered by meteorite scientists in Morocco just months after hundreds witnessed the ‘fireball’ (a bright shooting star).

The NHM was able to acquire the main mass of this new meteorite, Tissint, thanks to a very generous benefactor, and they were very keen that I was allowed to do some of the first research on this sample, even as a PhD student.

Tissint is a relatively large Martian meteorite, so it’s still being worked on today, by teams all over the world – including some of my students right here in Plymouth. 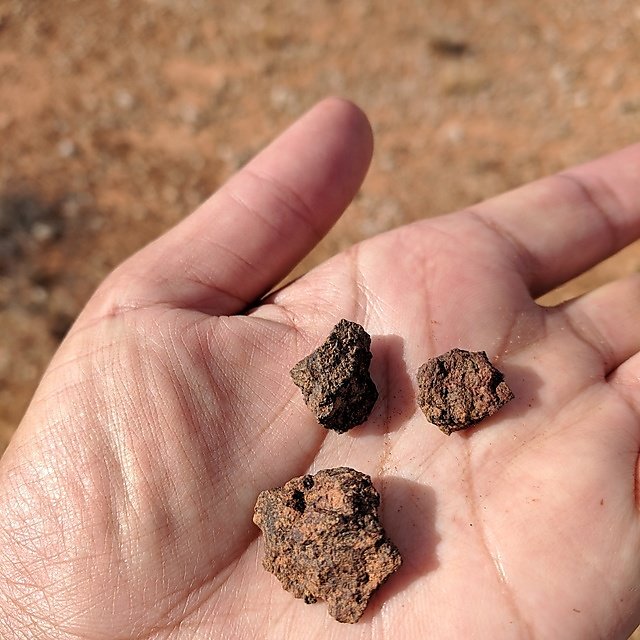 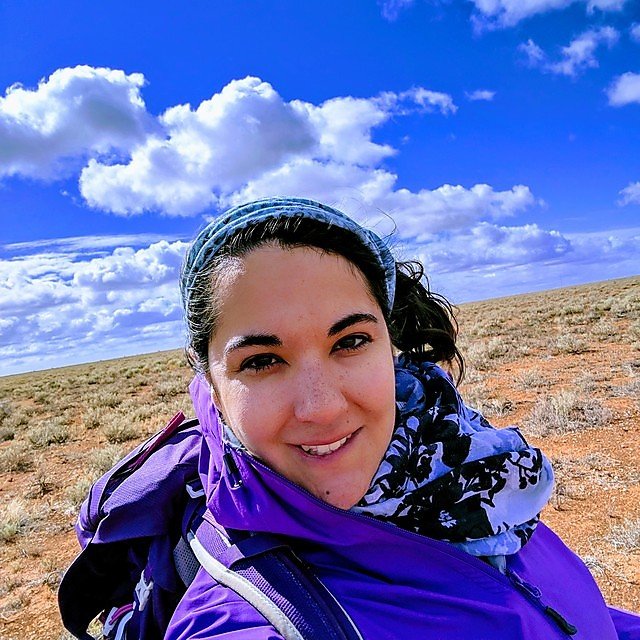 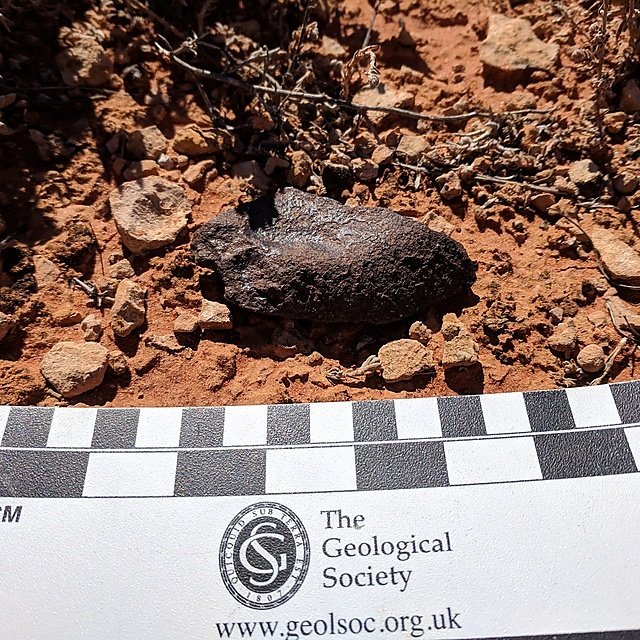 I have travelled to Australia four times now, with two more trips booked already for 2020, and each time has been for research.

The first was the Meteoritical Society meeting in Cairns as a PhD student in 2012, which allowed me to make the connections that have shaped my research career for the last seven years.

I was introduced to a lecturer from Monash University in Melbourne, Dr Andy Tomkins, who had run a number of meteorite-recovery expeditions around Australia, and was keen to meet other meteorite scientists.

He came to hear my talk about the Tissint meteorite, and we started chatting afterwards about there not being any Martian meteorites from Australia, yet.

Andy invited me along on a future expedition, in the hope I might help them find the first Martian in Australia.

The colleagues I met and collaborations I found in Australia have only strengthened in the following years, and have led to spin-off projects, joint students, funding, publications and of course, plenty of fieldwork.

Seven years later, I am still going on the annual recovery expeditions – but we are still looking for that first Australian Martian!

It’s a second home for me now, with colleagues and friends in both Melbourne and Canberra, and a research group that largely communicates over Skype or email, tackling a frustrating time difference.

I have just had a funding application approved to conductsome experimental research at the Australian synchrotron in the first quarterof 2020, which is very exciting, and of course also have the next meteoriterecovery expedition to look forward to in May-June 2020 as well.

The Nullarbor Plain is a large, flat, arid region across South and Western Australia.

It’s an environment with a surface that hasn’t changed very much for thousands of years, and there is also very minimal vegetation so everything looks very much the same in every direction, for hundreds of kilometres.

In that regard, it should be easy to spot meteorites on the ground; if everything around you looks the same, something falling from the sky and landing on the surface should stand out. The same is true of most deserts – hot and cold. Several successful meteorite recovery expeditions explore the Sahara, Atacama or Antarctica each year, I am just fortunate to be involved with the Australian team hunting out in the Nullarbor. 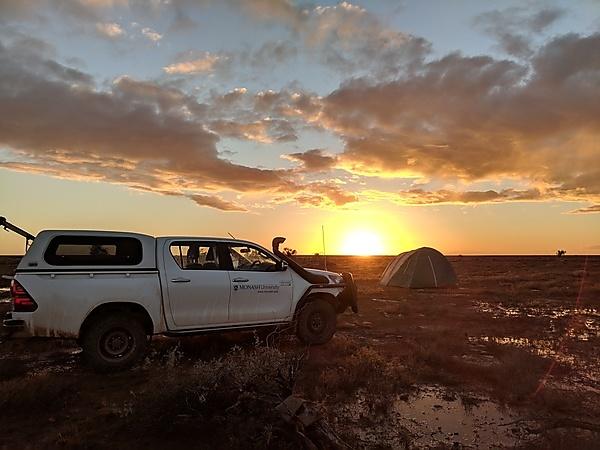 The expeditions have now found more than 300 new meteorites – and we’re still working our way through the samples scientifically. Part of the excitement of meteorite science is that when you find a sample, you’re almost at the end of the story. It has landed on Earth, but it doesn’t belong here. It didn’t start out here, but it has travelled thousands and thousands of kilometres to get here.

Where did it come from? When did it form? How did it get ejected off its parent body?

There are so many questions that we have to start working on.

And whilst we’re still looking for that elusive first Martian meteorite in Australia, we have found a number of other rare samples, including a unique, ungrouped primitive achondrite that hasn’t been described before, a new Diogenite and Howardite that are from the asteroid 4-Vesta, and CV3 meteorites, which contain objects that are older than the Earth itself! 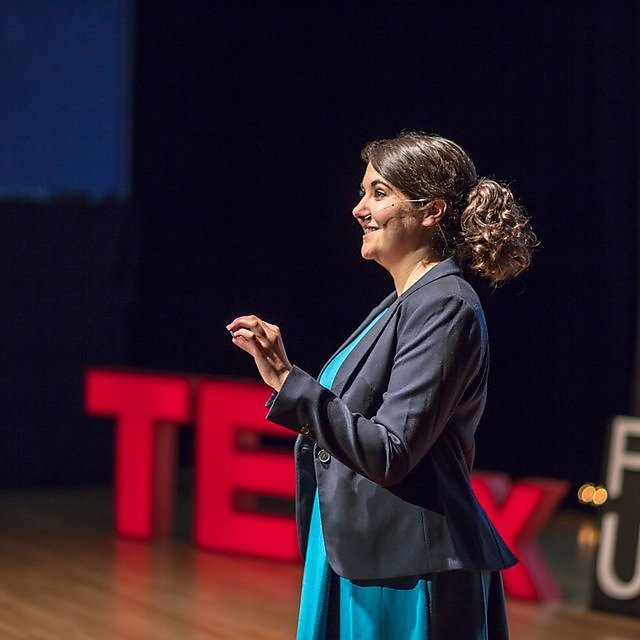 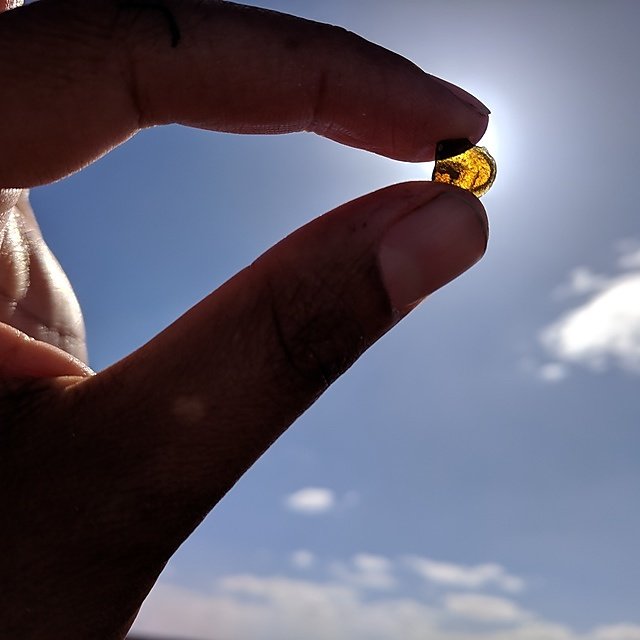 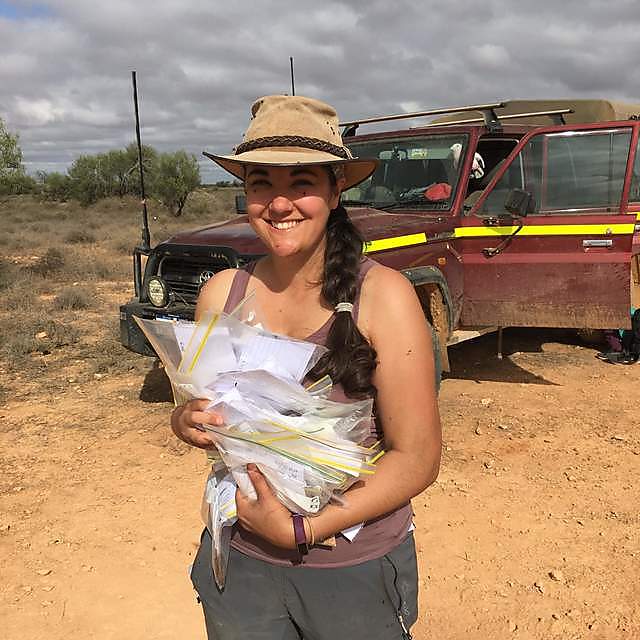 We have so many samples now that there are several people working on them both in Melbourne and here in Plymouth.

I have around 40 samples in my office, which some of our undergraduate geology students are helping me to characterise using my lab, Plymouth Electron Microscopy Centre.

We’ve received funding from both the Royal Astronomical Society and the Royal Microscopical Society in order to continue this work over a period of several years, which ensures that the students can gain first-hand, paid experience of real scientific research in an actual laboratory setting over their summer break. 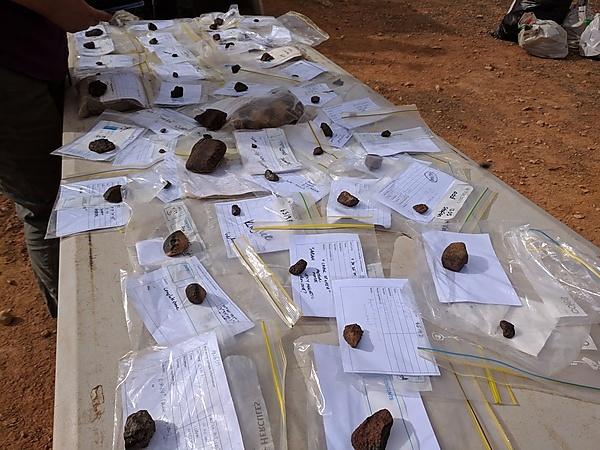 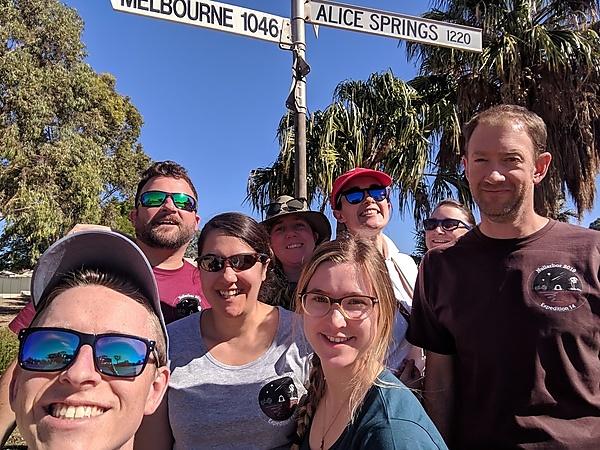 One of my first Masters students here in Plymouth, Jennifer Mitchell, is now working on her PhD with Dr Andy Tomkins in Monash University, Melbourne, so we still get to work together on our research, and with these new meteorites after the recovery expedition each year. The meteorite scientist community is small, globally, but we’re close.

It’s an honour to be part of such a diverse and supportive community, and to introduce new students to it each year.

PEMC has a comprehensive range of light microscopes, electron microscopes, imaging processing and analysis software. The centre offers expert and specialist support to students, researchers, academics and industry.
Find out more about PEMC 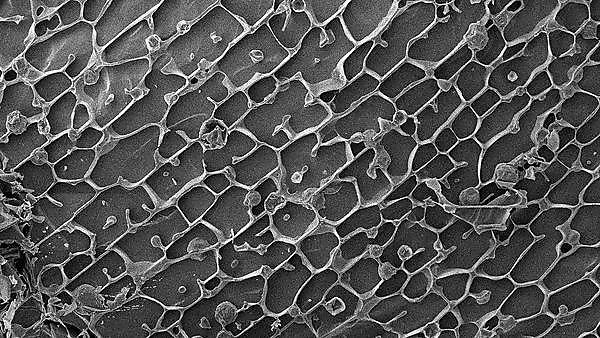