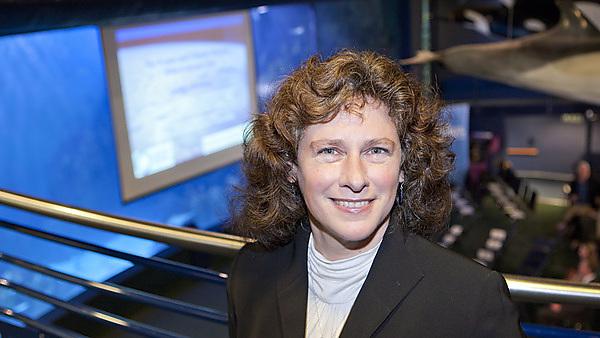 This new academic post is the result of a growing partnership between University of Plymouth and the National Marine Aquarium which exploits the best that both organisations have to offer in developing vital public engagement activity in the field of Marine Science.

​Professor Parmesan is renowned for her research on the impact of climate change on wildlife, being the first to demonstrate that species are shifting their natural ranges in response to changes in temperature.

Her recent ideas on assisted migration, helping species survive climate change by actively moving them, saw her named as one of the 27 ‘brave thinkers of our time’ by Atlantic magazine alongside the likes of Barack Obama and Apple’s Steve Jobs.

Her pioneering research papers have produced clear evidence that plants and animals across the world are being impacted on by our changing climate, resulting in her receiving a range of international awards such as the ‘Outstanding woman working in climate change’ and recognition from the Intergovernmental Panel on Climate Change for her lead author contribution to its Nobel Prize-winning report.

Professor Parmesan’s work at Plymouth will include looking at changes in nature due to the changing climate and how this could impact on human health.

​She'll also be working on a global analysis of climate change responses in the marine environment to establish the scale of how our seas are altering and has a particular focus on science communication and public engagement, hence the link up with the National Marine Aquarium.

The evening, hosted in the spectacular Eddystone Reef amphitheatre, provided an opportunity for Professor Parmesan to present some of the highlights of her prize-winning research into the impacts of climate change on wildlife. Her lecture - Oceans and Climate Change: What to Do and Why - was the first in a series of prestige talks to celebrate the University's 150th anniversary.

Professor Richard Gibb, the Dean of the Faculty of Science and Technology of University of Plymouth will introduced this event alongside Dr David Gibson, the National Marine Aquarium’s Managing Director, who formally welcomed Professor Parmesan and briefly outline the strong links between business, community, schools and the University that make Plymouth a unique international marine city.