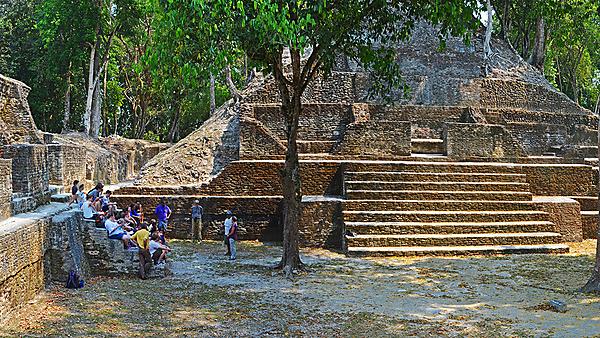 The autumn of 1969. Butch Cassidy and the Sundance Kid shoots its way into cinemas, Monty Python silly walks onto British TV screens, The Beatles release Abbey Road, and Vietnam rumbles on amid howls of protest.

It was the end of an era, but a fresh chapter for the UK’s tertiary education sector, where the impact of the Robbins Report and the binary policy of Labour’s Secretary of State for Education, Anthony Crosland, was paving the way for the creation of new universities and polytechnics.

In Plymouth, this development was being followed closely by the leaders of the city’s College of Technology – one of the University’s antecedent institutions – which taught an extensive portfolio of subjects below degree level, among them geology.

“They understood that the widening of its range of higher education courses, and increasing the number of degree students that it enrolled, would strongly reinforce its case for gaining the status as one of the new breed of tertiary-level institutions being planned,” said Professor Mark Brayshay.

“This was timely for geography as John Harvey, a geology lecturer employed by the College’s Department of Physics and Mathematics, had already recognised the growing popularity in Britain of the subject as a university discipline and its considerable potential for further expansion.”

Harvey set about convincing departmental colleagues and college authorities that they needed to invest in geography, and in December 1969, the first steps were taken when Peter Sims was recruited to become the first geography lecturer in the city. 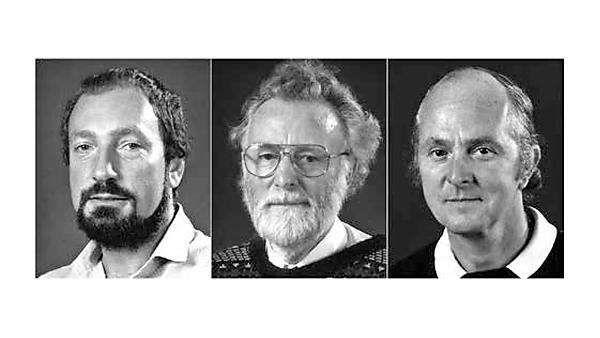 “I’d been teaching A level geography in London and working in the evenings at what would become City University. I had never been to Devon or Cornwall, so Plymouth was completely new to me.

“When I arrived, I found we had no resources, no library, no laboratories and no staff! We had to beg, borrow and steal all the expertise we could from other areas of the institution in order to deliver the curriculum.”

Shortly after Peter’s recruitment, five of the undergraduate students who were enrolled on the second year of their London external general degree, expressed an interest in transferring to London’s BSc Geography degree. With Peter’s negotiations, the switch was made, and two more full-time members of staff were recruited.

A culture of geography

By September 1970, nine months on from its official designation as a polytechnic, Plymouth prepared to enrol more than 40 first-year geography students. It signified just how hard the founding academics had worked to market the degree – and heralded a vastly increased teaching workload! Professor Brian Chalkley was among three more members of staff to join in 1972, as the institution scaled up its staff to cope with the new intake. 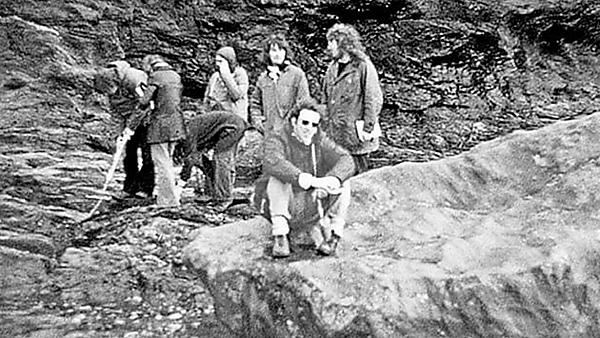 “We knew we were at the start of something with considerable potential but we had no way of knowing whether or how quickly our ambitions would be fulfilled,” said Brian – for whom Plymouth was his first job in higher education after completing a PhD in Leeds.

“Would we succeed in attracting students and could we provide the kinds of high quality HE experience our undergraduates needed and deserved?

“At the time few of us would have predicted that our annual intake would grow so rapidly and that within a few years Plymouth would become a significant player on the national Geography scene.”

“Their contributions in the early years were immense.”

Mark, speaking about the 13 members of staff who were in post by 1975.

“More important, perhaps, was the creation by the earliest staff of a culture and set of shared values that privileged a high-quality, enjoyable and student-centred education. Emphasis was placed on learning by doing, plentiful interaction between staff and students, fieldwork, and a willingness to embrace innovatory approaches.”

A number of these academics played key roles in the creation of the Polytechnic’s Environmental Science degree, launched in September 1973. This they did while also maintaining their teaching commitments on the London degree and commencing the development of a BSc Geography, which was approved and launched in time for the 1974 academic year.

“Developing our own degree enabled us to lock into the staff expertise and mould the curriculum around it. It meant we could create course options around staff specialisms and we could set our own exam questions. It was a significant step forward for us.

“We were able to design our own programme which was substantially different from the London scheme, and design our own approaches to what was taught and how the students were assessed.”

The final cohort of London degree students graduated in 1976, while recruitment on the Plymouth degree grew to become one of the largest in the institution. The programme itself underwent a fundamental redesign and restructuring in 1982 in order to satisfy the external revalidation requirements, and by the middle of the decade, it was deemed to have reached sufficient maturity to self-validate.

Mark: “The further re-modelling and improvement of the BSc Geography degree during the 1980s produced a distinctively attractive course that offered very considerable choice and flexibility for students, plentiful practical and field work and, in some elements, exceptionally worthwhile small-group and individual tuition.”

The 90s saw a number of innovations across teaching and learning, including a focus upon laboratory and graphical skills, computing and work-based learning placements. There was the pioneering introduction of personal email accounts for all students, and the reputation of the department’s field trips became renowned in the sector. 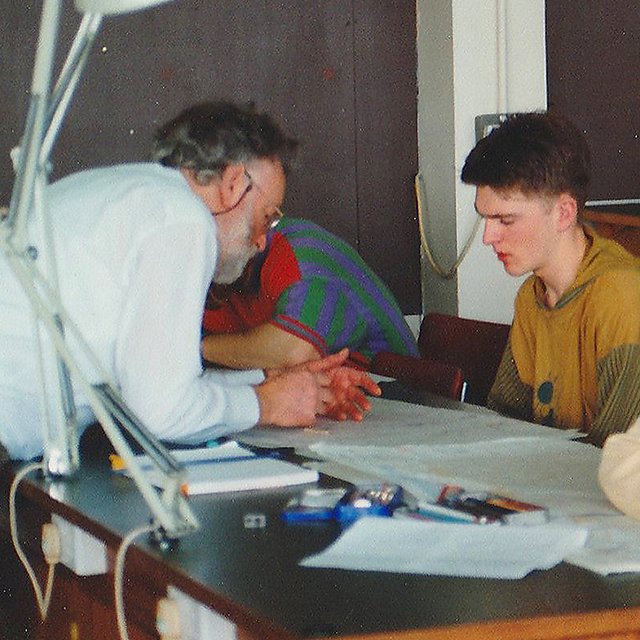 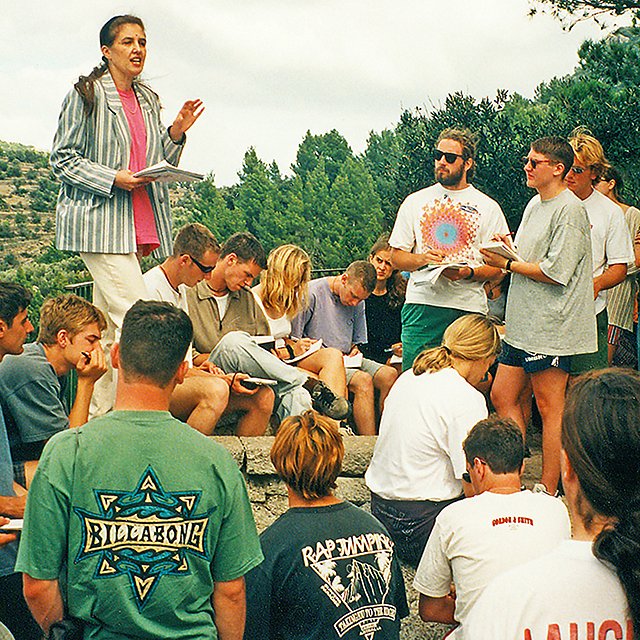 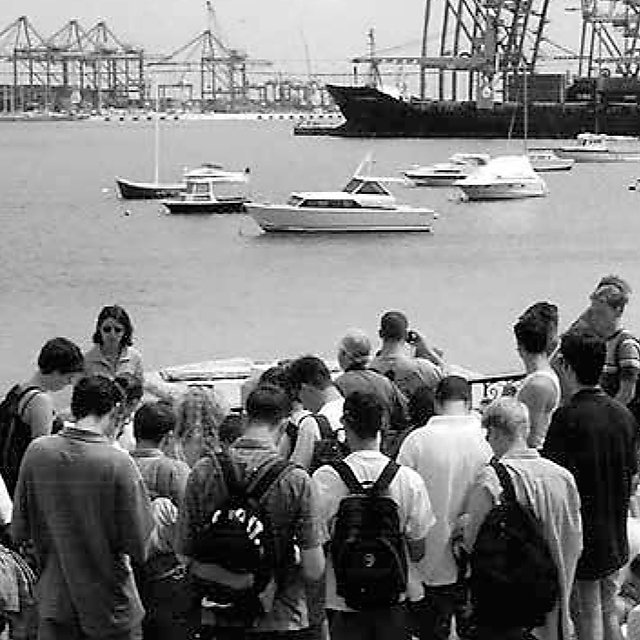 Despite challenges such as the introduction of tuition fees and increased competition, the department continued to grow, and by 2002, there were 25 full-time academic staff and 440 students split across BA and BSc programmes. Factoring in those students in receipt of geography tuition on other degrees and the number was in excess of 830.

Postgraduate education flourished at this time as well, with a new taught MSc degree in sustainable environmental management being launched in 2000, and PhD and MPhil completions approaching 50 by 2002.

“Were we one of the best geography degrees in the country at this time? Absolutely yes.”

“It was a broad-based, specialist degree, with significant teaching and learning abilities, and staff drawn across the country to complement the home-grown talent like Richard Gibb and Jon Shaw. There was a great team spirit, and we all worked together to be the best we could be, and that filtered down to the students.

“That the Plymouth degree went on to become one of the leading geography programmes in the UK is beyond question,” added Brian.

Over the past decade, geography has experienced a number of changes including a brief relocation into social sciences, amalgamation with geology in the School of Geography, Earth and Environment Sciences, the flourishing of its research culture, and increasing competition from other institutions.

Nevertheless, it has continued to achieve success on a national stage. From Plymouth academics sitting on the Geography QAA panel to the University being chosen to host the national subject centre for Higher Geography, Earth and Environmental Sciences, the department’s influence can be felt beyond the boundaries of the institution.

Peter believes this trend will only continue into the future

“In the 1970s, we began to see people becoming more interested in the environment, and I was one of those preaching about climate change and coastal erosion in the 1980s,” he said.

“And with the current climate emergency, I believe there will be a new impetus for people to study geography and the environmental sciences, and that geography departments will assume an even greater importance. Geography has an almost unique ability to look at both the physical and human side of things and bring them together.”