Due to their low-lying nature, coral reef island nations such as Maldives, Tuvalu, Kiribati, Marshall Islands (combined population > 1M) are widely acknowledged to be amongst the most vulnerable countries to climate change. It is widely assumed that the islands will become increasingly uninhabitable through this century, threatening their very existence.

However, such considerations ignore the ability of the islands to morphologically adjust to rising sea level and increased flooding frequency. Recent physical and numerical modelling carried out by the University of Plymouth has suggested, however, that coral reef islands can respond morphologically to rising sea levels by vertical accretion through overwash processes.

Island drowning is only the inevitable outcome of sea-level rise for islands where coastal structures, such as seawalls, have essentially cut-off the reef island from sediment supply from the reef platform and are preventing overwash from occurring, and/or where ecological processes have closed down and there are no new sediment supplies delivered to islands. 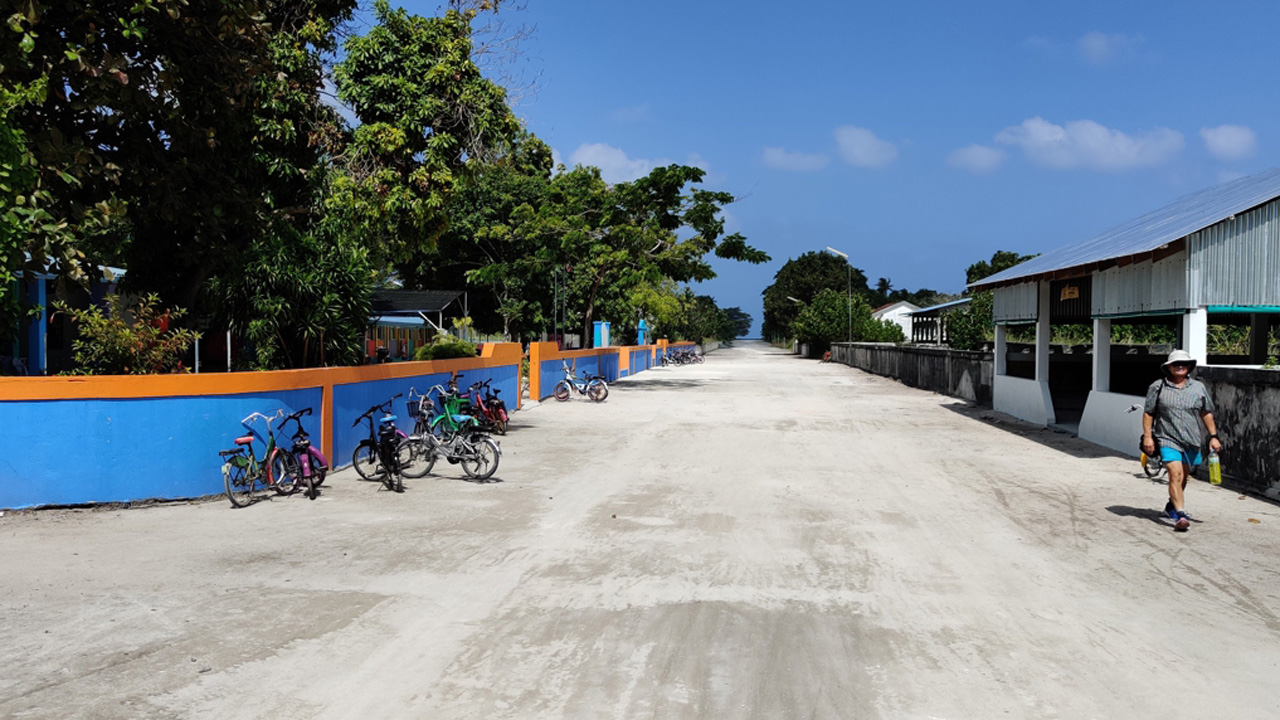 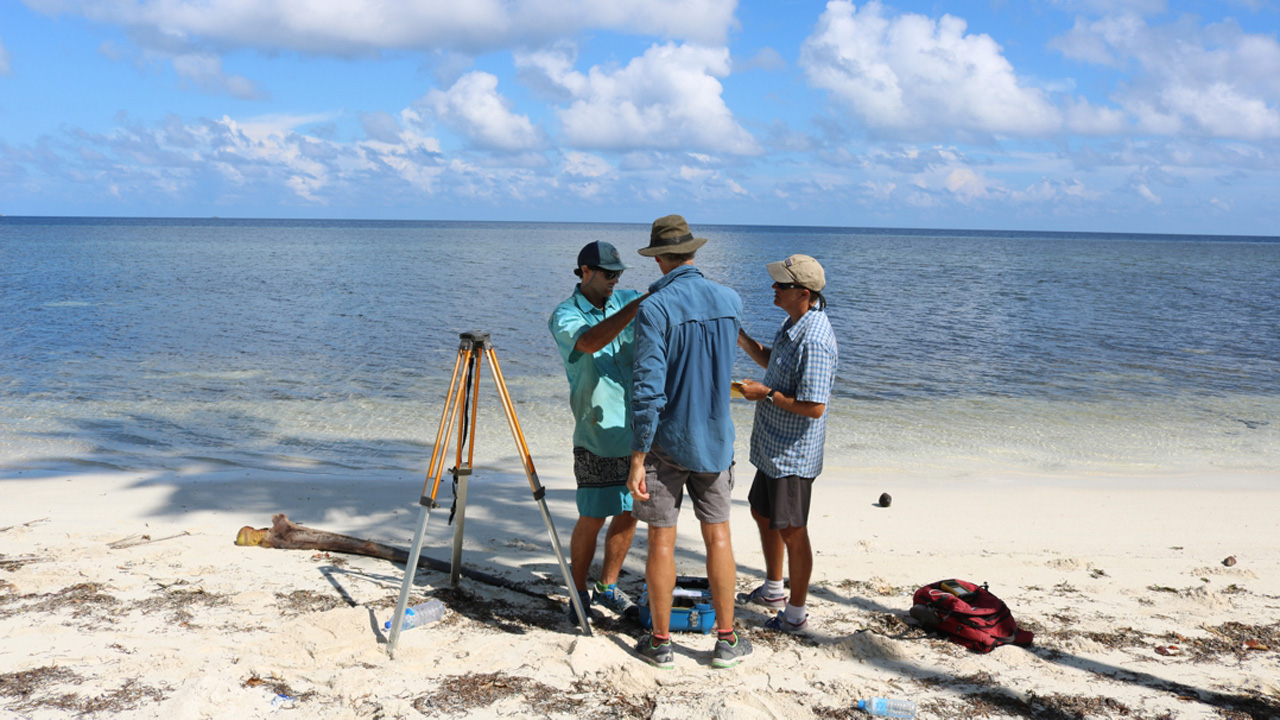 An extensive field campaign
Hydrodynamic and topographic data will be used for numerical modelling the physical impacts of climate change, particularly sea-level rise and enhanced storminess, on the island and the consequences for long-term habitability. 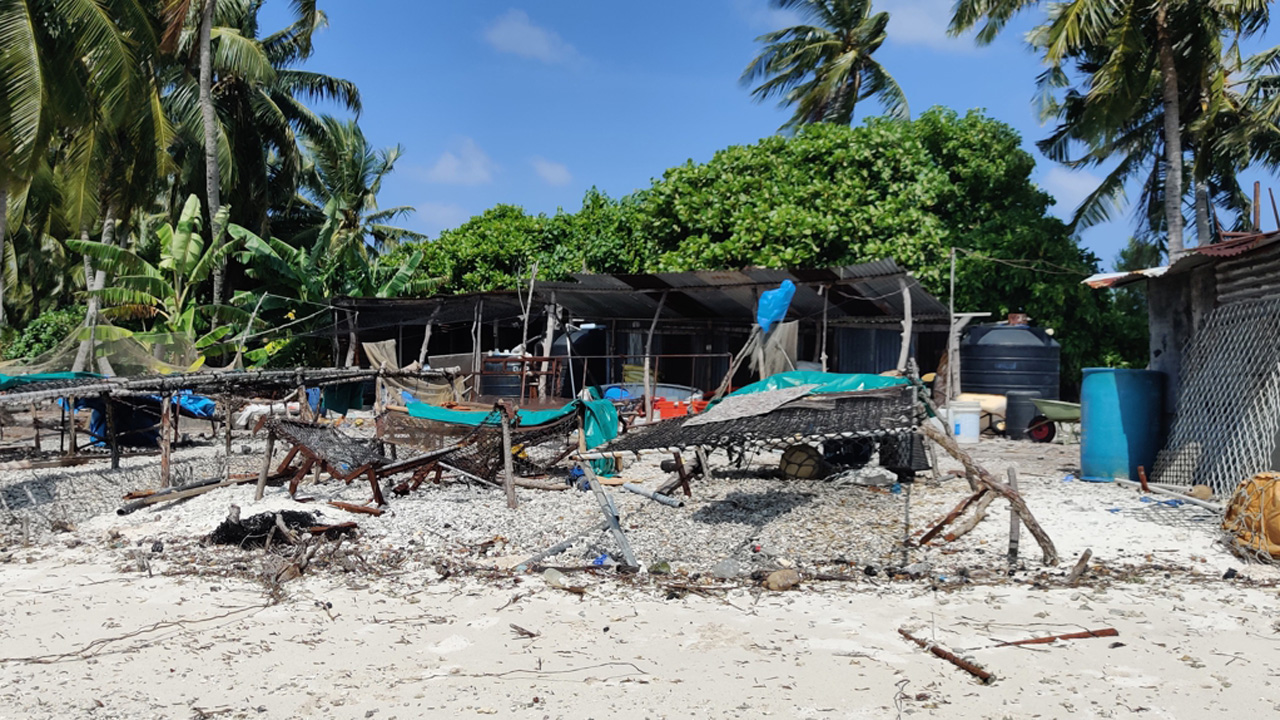 The case study site is a small populated island in the Maldives
The research team will work closely together with national and local government authorities, the Maldives National University and a coastal consultancy. Capacity building amongst the partners is critical to the success of the project.

A key outcome of the project is the formulation of a methodology to serve as a 'blue print' for assessing vulnerability of small coral reef islands to the physical impacts of climate change and exploring implications of different climate change adaptation strategies.
Workflow components include: (1) identification of appropriate extreme wave and water level conditions and sea-level rise scenarios; (2) development of a digital elevation model of a small coral reef island based on relatively low-cost sea-, air- and land-based survey methods; (3) acquisition of field data set of water level, waves and groundwater table to validate and calibrate a hydrodynamic model (XBeach) for modelling wave transformation across reef platforms; (4) assessment of future risk of coastal flooding and island inundation using XBeach for a variety of sea-level and wave forcing scenarios; and (5) evaluation of various adaptation strategies to mitigate risk of coastal flooding and identify pathways to extend future habitability. 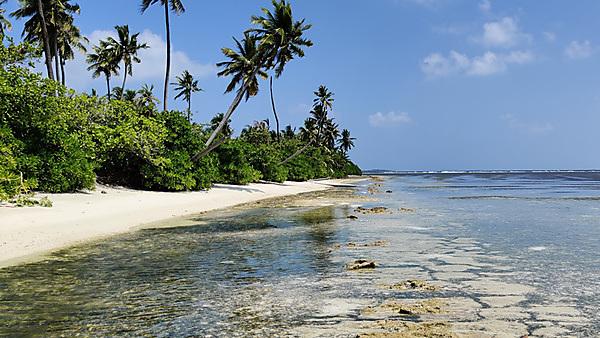 Benefits and impacts of the project

After postponing the field trip twice due to COVID restrictions, the research team managed to fly out on 30 December 2021 for a 2-week data collection campaign on Fiyoaree, Huvadhoo Atoll.
As planned, the team surveyed the island topography with a drone, conducted a single-beam bathymetric survey by boat and deployed a large number of wave and current sensors. They worked closely together with the LAMER environmental & marine consultancy group and with academics of the Maldives National University.
At the end of the trip gave a public seminar at the university and signed an memorandum of understanding between the University of Plymouth and the Maldives National University to continue the collaboration.
A follow-up field trip and capacity building activities are planned for July 2022. 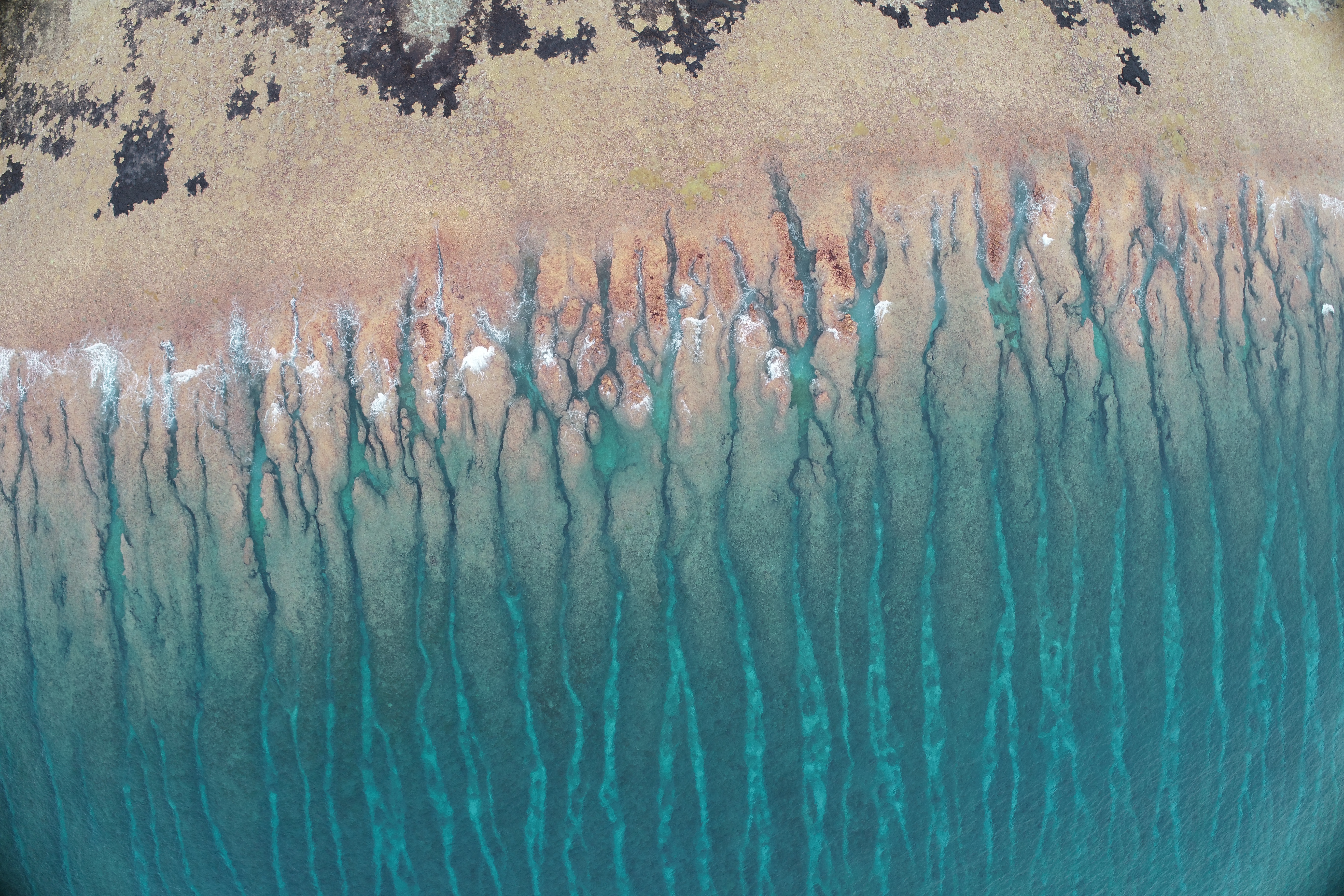 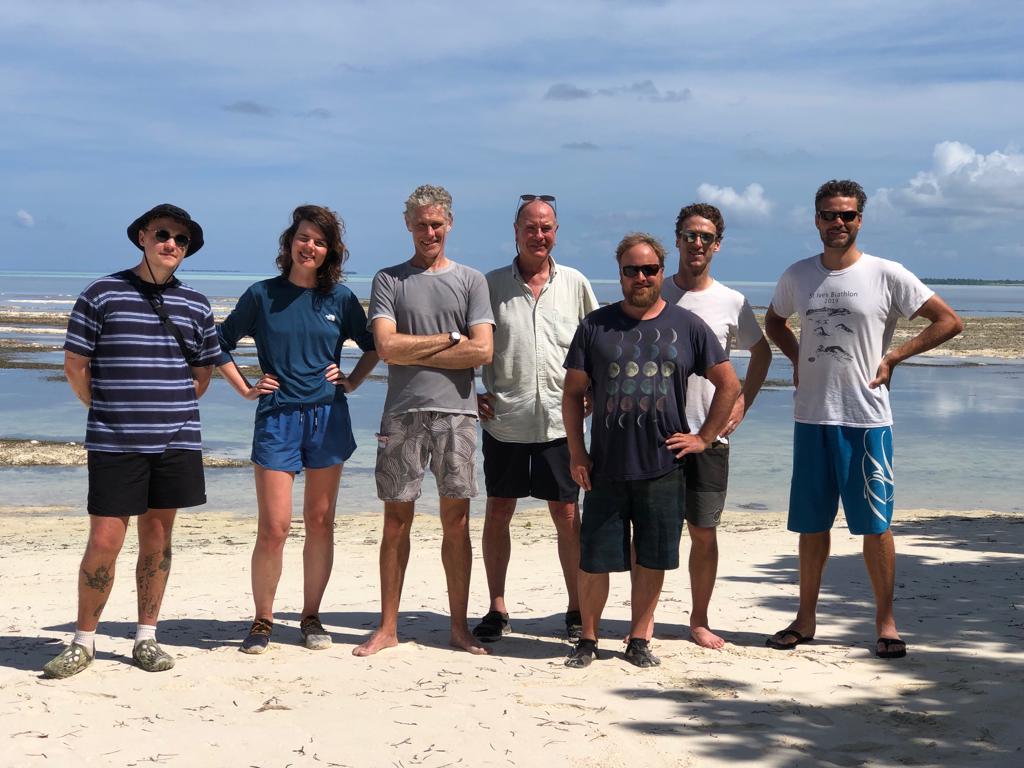 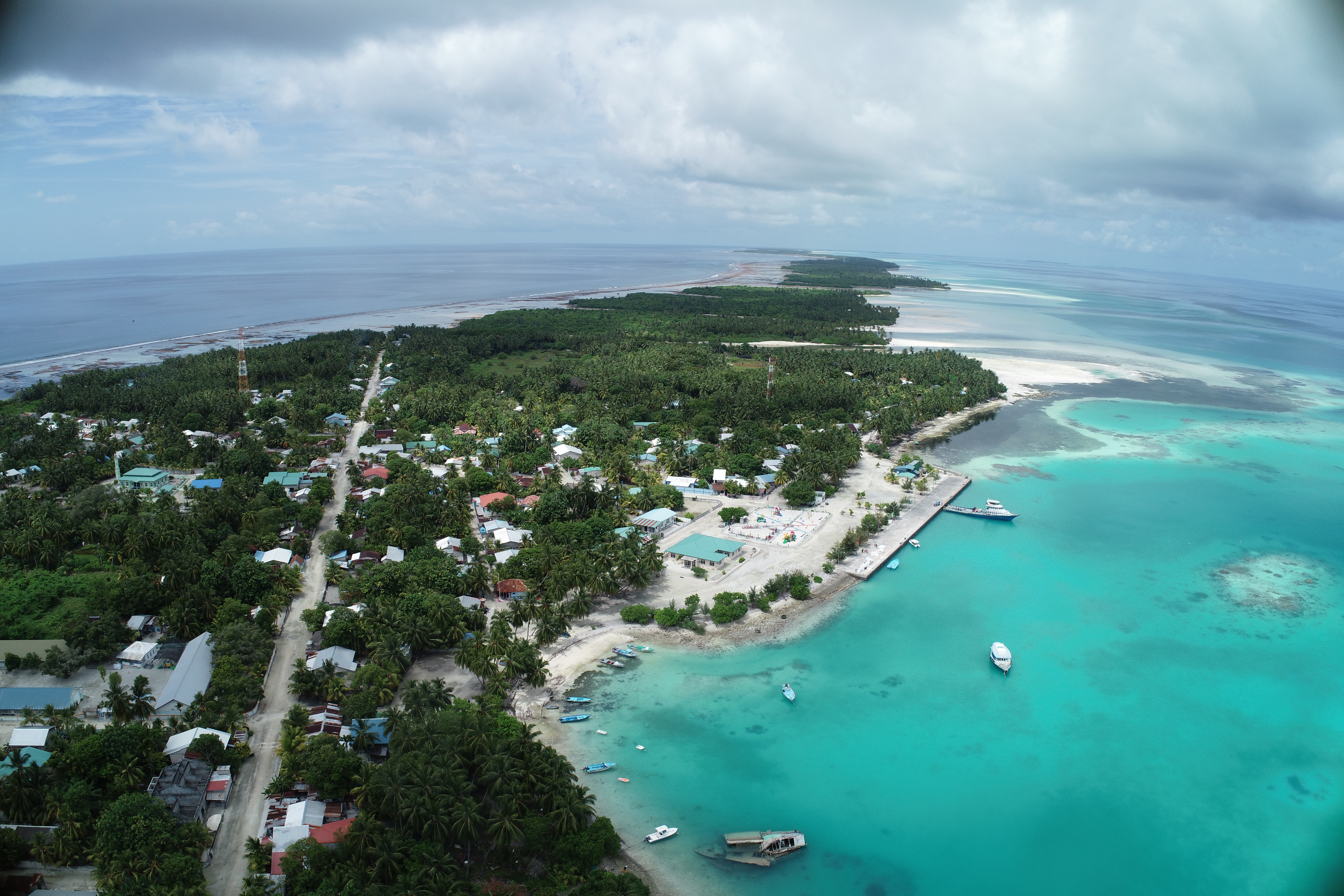