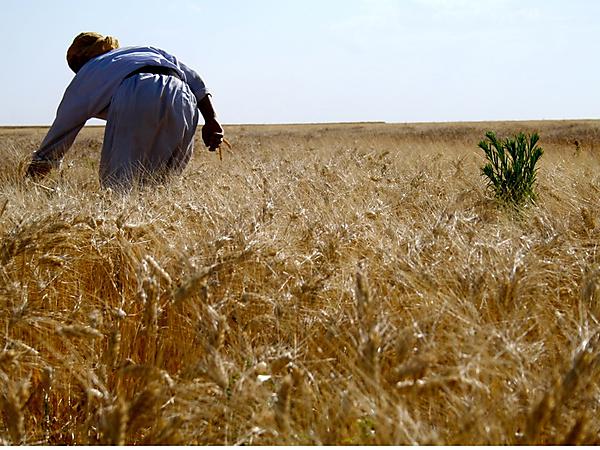 Traditionally, historians understand causal relationships as involving multiple interrelated social, economic and political factors, whereas climate scientists think of environmental impacts in terms of simpler causes and effects. Archaeologists will often have to wade through detailed evidence from excavations and field surveys in order to reconstruct events or adjustments in economic activity, warfare or the quality and quantity of crops.

All three specialisms have a degree of uncertainty and subjectivity, but the best way to reduce these problems is for the different specialisms to work together on this common project.

Historians and archaeologists have increasingly had an interest in comparing their data with those from natural sources such as trees and ice cores which preserve an archive of the weather and climate for hundreds of years, and with pollen which can tell us about past land use (trees, weeds and so forth).

For example, work has begun on looking at the Roman world, and the relationship between the climate and the Empire’s rise and fall. Work has shown that in Rome, when the climate was warm and relatively stable the Empire rose, and during periods of an unstable and cooling climate the imperial economy and the state that it supported started to break down. Although these climatic effects are distinct, the relationships between social-economic, environmental, cultural and political factors needs to be clarified.

So, can the Environment, specifically climatic disruptions, affect human societies and political systems?

Professor Neil Roberts from the University, along with other colleagues, is investigating this topic in Late Roman (Byzantine) Anatolia – modern Turkey - by looking at written, archaeological and palaeoenvironmental records.

In the second half of the seventh and early eighth centuries AD, many parts of the eastern Mediterranean seem to have shifted from large-scale farming, especially of tree crops like olives, to a simplified farming regime and reduced rural activity. There was “re-wilding” of the landscape as woodland took over previous grazing and farmland. This overall picture seems to fit well with the collapse of established customs, the downward demographic trend and the general militarisation of the Roman Empire's provincial society. 200 years later, there was a renewed expansion of farming and crop plants reappeared, with a new agricultural system based on growing cereal crops and raising livestock. This picture seems to fit well with the economic and political recovery of the Empire, as well as with the end of a drier (and cooler) period that had lasted from the eighth to tenth century.

In the 960s, there was a productive a wealthy estate called Drizion. Sources suggest that this area had just become safe from hostile attacks after years of conflict. Wealthy landlords had begun to invest in expanding estates around this time, and pollen data from the 950s could reflect this expansion of crop production.

The evidence suggests that the improvement in the economic, political and military fortunes of the empire were aided by an improvement in the climate. Better rains meant a more reliable harvests of wheat and barley, but colder winters and springs meant that frost-sensitive crops, like olive, were no longer worth planting as they had been some centuries before.

A full explanation for these developments is still elusive, but some of the shifts evidenced from the climatic and environmental records clearly coincide with known political events.

Read the paper The Climate and Environment of Byzantine Anatolia: Integrating Science, History, and Archaeology, published in the Journal of Interdisciplinary History.