Mining for metals dates back to pre-Roman times, and although most operations have ceased to exist, these abandoned mines are an important source of environmental contamination.

Elevated levels of potentially toxic elements are often recorded in soil and river systems, especially in the South West and many areas of Europe. Sean Comber and John Rieuwerts from University of Plymouth, have worked with the Environment Agency to assess the contamination of a river tributary from an abandoned Devon mine, Wheal Betsey.

Wheal Betsey is a former lead and silver mine located on the north-west edge of Dartmoor. Records show that during its operation (1806-1877), 400 tonnes of lead and 113kg of silver were mined and extracted on the site. The tributary examined in this paper is the Cholwell Brook, which flows through a steep valley of contaminated mine waste, and into the River Tavy which is a main tributary of the River Tamar which flows into the English Channel at Plymouth.

The surface water and sediment samples from the site showed significant negative environmental impacts, with the lead levels in sediment in Cholwell Brook being 76 times higher than the suggested ‘probable effect level’ in the Canadian sediment guidelines. Calcium and lead have also had a negative effect on the richness of the organisms that live in or on the bottom sediments of the brook. However, these ecological impacts were found to be localised to the to the Cholwell Brook upstream of the River Tavy.

The research highlighted the need to take into account the likely bioavailability of a metal (the likelihood of an organism to be able to take the metal into its body) when considered the potential toxicity of the mine spoil, or contaminated sediment and waters of Cholwell Brook. This was achieved by using state of the art analytical instrumentation available at University of Plymouth combined with novel modelling techniques to predict metal toxicity to terrestrial and aquatic biota. 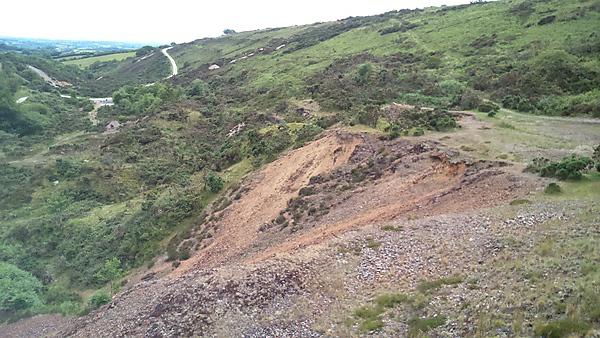 Read the paper Abandoned metal mines and their impact on receiving waters: A case study from south-west England, published in Chemosphere.