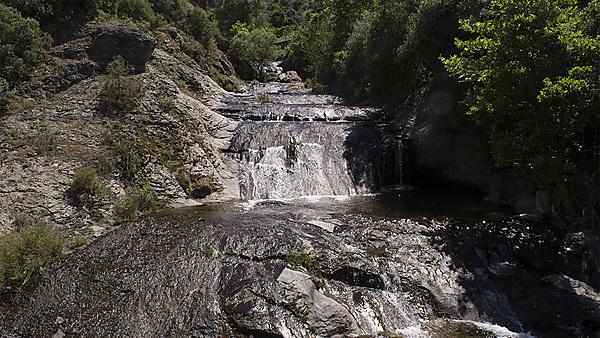 Our research into the active tectonics and resulting landscape response in Western Turkey started with the appointment of a PhD student in 2012 (Dr Emiko Kent) whose research investigated the timing and rates of active normal faulting along the southern margin of the Gediz Graben using river profile metrics alongside traditional geological methods (e.g., cross-section construction). Her research demonstrated that maximum long-term slip rates along the fault are ~ 1.3 mm/yr (Kent et al., 2016) but that a fault linkage event occurring ~ 0.7 Ma caused the propagation of wave of incision through the river systems and caused the rate of fault motion to increase to a maximum ~ 2 mm/yr (Kent et al., 2017). Analysis of the knickpoints marking the upstream extent of this pulse of incision indicates that the landscape response time of this region is in the order to 1.6 – 2.7 Ma. This research highlighted that fault activity exerts a first-order control on the river geomorphology but that climate and rock type (lithology) are also significant in the landscape response to active faulting.

Role of bedrock lithology on erosion

Kent et al. (2017) posited the role of lithology on the bedrock river response, which is further explored in Kent et al. (2020) using field-derived measurements of bedrock strength and calculated stream-power for a number of rivers crossing the Gediz Graben boundary faults. This work demonstrates the fundamental control that the different bedrock units have on river evolution, as well as placing constraints on the erodibility of different lithologies, which is critical for accurate computer modelling of landscapes. This work is now being extended by Dr Boulton through cosmogenic 10Be analysis of river sediment to determine catchment average erosion rates of a number of the rivers. This ongoing research is funded through a Geological Society of London fieldwork grant and a NERC Facilities grant (CIAF/9189/1018). 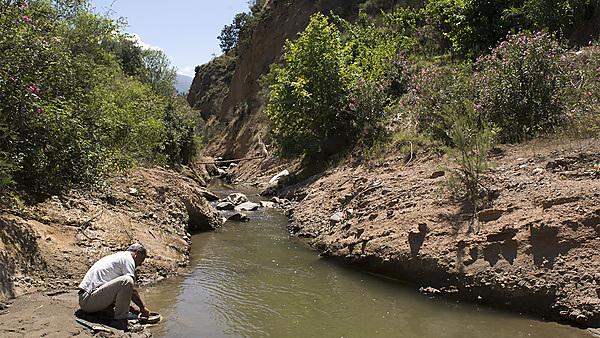 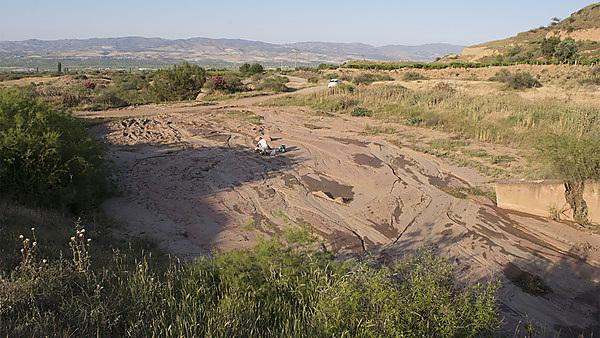 In addition, to insights into geomorphic processes and landscape response, Kent et al. (2016) confirmed that that length of the faults in the graben could potentially generate significant earthquakes > Mw 6. This result is supported by historical accounts of the ancient city of Sardis (located on the boundary fault) having been destroyed in an earthquake. Indeed the entire region is criss-crossed by a network of active fault lines that are hazardous. Drs Boulton and Mildon are working together on developing a greater understanding of active faulting in the wider region and have recruited a PhD student (Manuel Dierks) to work on this outstanding and important question.